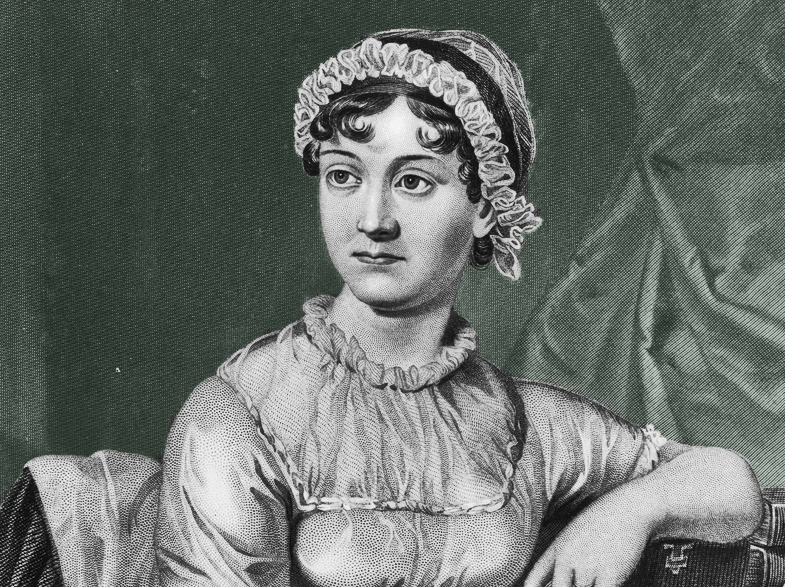 George Augustus Frederick, Prince of Wales, was a great admirer of Jane Austen’s novel Pride and Prejudice. She visited the Royal Family in 1815 on his invitation, and there met his personal librarian, James Clarke. Clarke and Austen soon established a mutual admiration, though Clarke’s warm appraisal of Austen’s work may have been disingenuous (in his journal he would note that “[she] has read very little”). In the letter below, Austen addresses Clarke, adamant in her intent to continue writing about the provinces and their local inhabitants—no cities, aristocrats, or high romances, as Clarke had suggested, ending the possibility of a royal sponsorship.

I am honoured by the Prince’s thanks, & very much obliged to yourself for the kind manner in which You mention the Work. I have also to acknowledge a former Letter, forwarded to me from Hans Place. I assure You I felt very grateful for the friendly Tenor of it, & hope my silence will have been considered as it was truely [sic] meant, to proceed only from an unwillingness to tax your Time with idle Thanks.—

Under every interesting circumstance which your own Talents & literary Labours have placed you in, or the favour of the Regent bestowed, you have my best wishes. Your recent appointments I hope are a step to something still better. In my opinion, the service of a Court can hardly be too well paid, for immense must be the sacrifice of Time & Feeling required by it.

You are very, very kind in your hints as to the sort of Composition which might recommend me at present, & I am fully sensible that an Historical Romance, founded on the House of Saxe Cobourg might be much more to the purpose of Profit or Popularity, than such pictures of domestic Life in Country Villages as I deal in—but I could no more write a Romance than an Epic Poem.— I could not sit seriously down to write a serious Romance under any other motive than to save my Life, & if it were indispensable for me to keep it up & never relax into laughing at myself or other people, I am sure I should be hung before I had finished the first Chapter.— No—I must keep to my own style & go on in my own Way; and though I may never succeed again in that, I am convinced that I should totally fail in any other.—

I remain my dear Sir,

Austen, tired of Clarke’s suggestions, stopped writing to him shortly after this letter’s date. Revenge took its form in Plan of a Novel According to Hints from Various Quarters (the quarters being those of Clarke).

Austen would soon dedicate her fourth novel, Emma, to the Prince Regent. Look here for the correspondences in which she discusses the book’s writing.

A biographical sketch of James Clarke and his many important acquaintances.