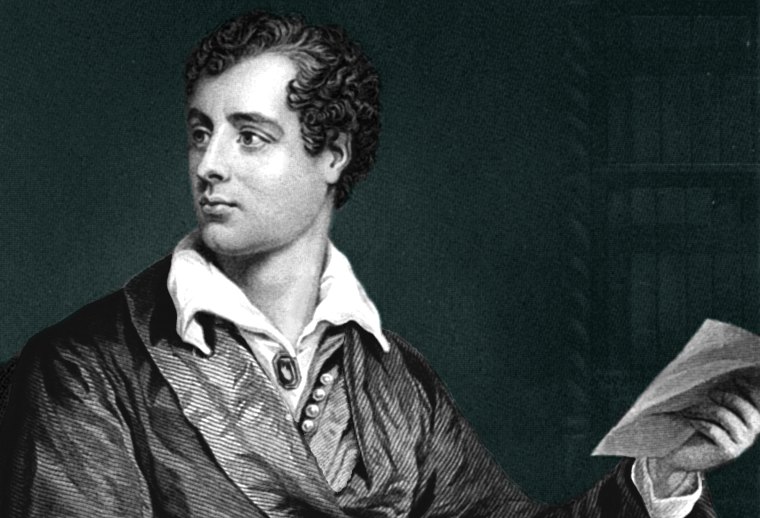 George Gordon Byron, better known as Lord Byron, describes a public execution he recently witnessed in Rome. Byron explains his preference for the Italian guillotine to the “vulgar and dirty” English method of hanging.

Dear Sir—I returned from Rome two days ago—& have received your letter but no sign nor tidings of the parcel sent through Sir—[Charles] Stuart which you mention; —after an interval of months a packet of “Tales,” &c. found me at Rome—but this is all—& may be all that ever will find me—the post seems to be the only sane conveyance—& that only for letters. —From Florence I sent you a poem on Tasso—and from Rome the new third act of “Manfred,” & by Dr. Polidori two pictures for my sister. I left Rome & made rapid journey home. –You will continue to direct here as usual. –Mr. Hobhouse is gone to Naples—I should have run down there too for a week—but for the quantity of English whom I heard of there—I prefer hating them at a distance—unless an Earthquake or a good real eruption of Vesuvius were insured to reconcile me to their vicinity. –I know no other situation except Hell which I should feel inclined to participate with them—as a race—always excepting several individuals. –There were few of them in Rome—& I believe none whom you know—except that old Blue-bore Sotheby—who will give a fine account of Italy in which he will be greatly assisted by his total ignorance of Italian—& yet this is the translator of Tasso. –The day before I left Rome I saw three robbers guillotined—the ceremony—including the masqued priests—the half-naked executioners—the bandaged criminals—the black Christ & his banner—the scaffold—the soldiery—the slow procession—& the quick rattle and heavy fall of the axe—the splash of blood—& the ghastliness of the exposed heads—is altogether more impressive than the vulgar and dirty “new drop” & dog-like agony of infliction upon the sufferers of the English sentence. Two of these men—behaved calmly enough—but the first of the three—died with great terror and reluctance—which was very horrible—he would not lie down—then his neck was too large for the aperture—and the priest was obliged to drown his exclamations by still louder exhortations—the head was off before the eye could trace the blow—but from an attempt to draw back the head—notwithstanding it was held forward by the hair—the first head was cut off close to the ears—the other two were taken off more cleanly; —it is better than the Oriental way—& (I should think) than the axe of our ancestors. –The pain seems little— & yet the effect to the spectator— & the preparation to the criminal—is very striking & chilling. –The first turned me quite hot and thirsty— & made me shake so that I could hardly hold the opera-glass (I was close—but was determined to see—as one should see everything once—with attention) the second and third (which shows how dreadfully soon things grow indifferent) I am ashamed to say had no effect on me—as a horror—though I would have saved them if I could. —It is some time since I heard from you—the 12th April, I believe. —

For the text of Lord Byron’s acerbic speech given in response to the 1812 Frame Breaking Act, read here