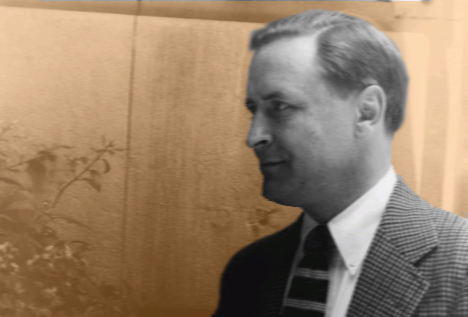 In the summer of 1935, F. Scott Fitzgerald traveled to Asheville, North Carolina, and took a room at the Grove Park Inn, a plush residential hotel. He was concerned about his lungs, and the mountainous region of western NC was known for the treatment of tuberculosis. Mired in debt, struck with financial and familial crises, Fitzgerald sank deeper into alcoholism, and was finally asked to leave Grove Park in 1937, after firing a loaded gun in his room.

Above and beyond the egotism that seems to descend upon a sick man, like a dark cloud, I have been able to appreciate the kindness and friendliness with which you have come to my assistance. I do not know very many rich people well, in spite of the fact that my life has been cast among rich people—certainly only two well enough to have called upon in this emergency, the first personal loan I have ever asked for—though I have made heavy drains on my publishers and agents at times.

I was just about up to the breaking point financially when I came down here to Asheville. I had been seriously sick for a year and just barely recovered and tried to set up a household in Baltimore which I was ill equipped to sustain. I was planning to spend a fairly leisurely summer, keeping my debt in abeyance on money I had borrowed on my life insurance, when I went over with Zelda (who is in a sanitarium near here, better, but still a mental patient, as perhaps she always will be) to a pool near here and tried a high dive with muscles that had not been exercised, by the doctors’ orders, for two years; and split my shoulder and tore the arm from its moorings, so that the ball of the ball-and-socket joint hung two and one-half inches below the socket joint. It started to heal after two weeks and I fell on it when it was soaked sweat inside the plaster cast, and got a thing called “Miotosis” which is a form of arthritis. To make a long story short, I was on my back for ten weeks, with whole days in which I was out of bed trying to write or dictate, and then a return to the impotency of the trouble. The more I worried, the less I could write. Being one mile from Zelda, I saw her twice all summer, and was unable to go North when my Mother had a stroke and died, and later was unable to go North to put my daughter in school. (She earned a scholarship to a very expensive school—Miss Walker’s, do you know it? She is now in school and apparently very happy).

The nervous system is pretty well shot. You have probably guessed that necessary—think of it any way you want to; I know, thank God, you are no moralist. I know you have lent this money on the ask-me-no-question basis, but I feel I owe you this explanation.

For Heaven’s sake, please try to expedite the loan. The first time in my life I have known what it is to be hog-tied by lack of money, as you know how casually I have always dealt with it.

I want to bring Scottie West at Easter and, seeing her, you will see how much I still have to live for, in spite of a year in a slough of despond.

Three days earlier, in a postscript to a letter to Fred W. Wolfe, Thomas Wolfe had written:

“P.S. There is a poor, desperate, unhappy man staying at the Grove Park Inn. He is a man of great talent but he is throwing it away on drink and worry over his misfortunes. Perkins thought if Mama went to see him and talked to him, it might do some good—to tell him that at the age of forty he is at his prime and has nothing to worry about if he will just take hold again and begin to work. His name, I forgot to say, is Scott Fitzgerald, and a New York paper has just published a miserable interview with him—it was a lousy trick, a rotten…piece of journalism, going to see a man in that condition, gaining his confidence, and then betraying him. I myself have suffered at the hands of these rats, and i know what they can do. But I don’t know whether it’s a good idea for Mama to see him—in his condition, he might resent it and think we were sorry for him, etc.—so better wait until I write again.”