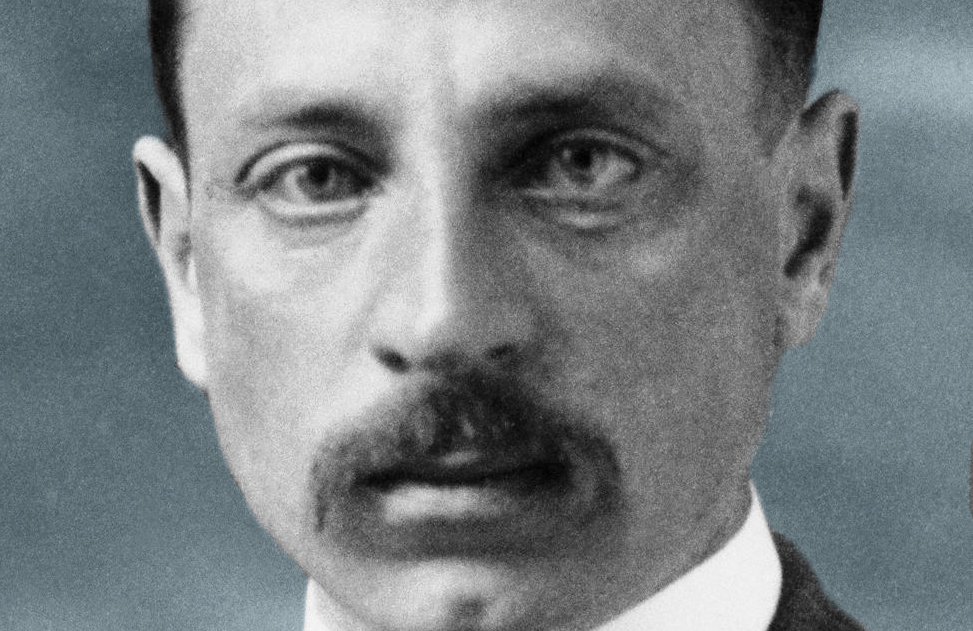 Below, an ebullient Rilke writes breathlessly to one-time lover and life-long confidant, Lou Andreas-Salomé, upon the completion of his Duino Elegies. Andreas-Salomé was a novelist, essayist and psychoanalyst, as well as an early disciple (and lover) of Freud and a close friend of Nietzsche’s (who once called her “the smartest person I ever knew”). It was Andreas-Salomé who inspired Rilke to change his first name from “René” to “Rainer.”

At this moment, this, Saturday, the eleventh of February, at 6, I am laying aside my pen after the last completed Elegy, the tenth. The one (even then it was destined to become the last) to the beginning already written in Duino: “Someday, emerging at last from this terrifying vision/may I burst into jubilant praise to assenting angels…” As much as there was of it I read to you, but only just the first twelve lines have remained, all the rest is  new and: yes, very, very, very glorious!—Think! I have been allowed to survive up to this. Through everything. Miracle.  Grace.—All in a few days. It was a hurricane, as at Duino that time: all that was fiber, fabric in me, framework, cracked and bent. Eating was not to be thought of.

And imagine, something more, in another context, just previously (in the “Sonnets to Orpheus”, twenty-five sonnets, written, suddenly, in the fore-storm, as a memorial for Vera Knoop) I wrote, made, the horse, you know, the free happy white horse  with the hobble on its foot that once, at the approach of evening,  came galloping toward us on a Volga meadow—:

I made him as an “ex voto” for Orpheus!—What is time?—When is present? Across so many years he sprang, with his utter happiness, into my wide-open feeling.

So it was, one after the other.

Now I know myself again. It really had been like a mutilation of my heart that the Elegies were not—here.

They are, they are.

I went out and stroked, as if it were a great old beast, the little Muzot that had sheltered all this for me, that had, at last, vouchsafed it to me.

That is why I did not write in answer to your letter, because all the time in these weeks, without knowing toward what, I was  keeping silent toward this, with heart taken farther and farther  inward. And now, today, dear Lou, only this. You had to learn of it at once. And your husband too. And Baba—, and the whole house even down into the good old sandals!

P.S. Dear Lou, my little pages, these two, breathlessly written last night couldn’t go off, registered, today (Sunday), so I took  advantage of the time to copy off for you three of the completed Elegies (the sixth, eighth and tenth). The other three I shall then write in the course of days, and send them soon. To me it will be so good when you have them. And besides it puts my mind at ease if they exist somewhere else too, outside, in accurate copies, safely preserved.

For more on Rilke and Andreas-Salomé’s relationship, as well as some fragments from early lover letters, click here.

For more on Andreas-Salomé’s life and thought, click here.