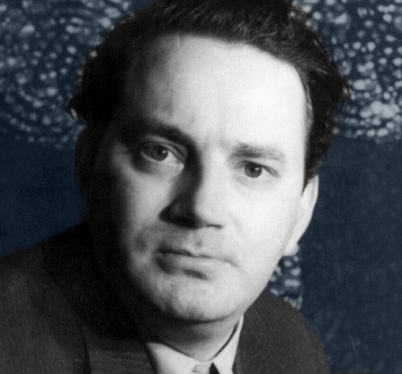 In November of 1936, Thomas Wolfe made the momentous decision to break with Scribner’s, as well as his longtime mentor and editor, Max Perkins. Wolfe’s motives remain, to this day, unclear: his decision has been attributed alternately to Wolfe’s dissatisfaction with Perkins’ (significant) edits to his second novel, Of Time and the River, and to Wolfe’s desire to buck the general critical perception of his work, epitomized by Bernard DeVoto’s (admittedly vicious) assertion that Wolfe’s manuscripts were “hacked and shaped and compressed into something resembling a novel by Mr. Perkins and the assembly-line at Scribners.” The relationship between author and publisher was further strained by Scribner’s insistence that Wolfe settle a lawsuit brought against him by his ex-landlords (they claimed they’d been libeled in certain passages of Wolfe’s novella, No Door), to which Wolfe was adamantly opposed. Below, Wolfe’s letter to Perkins, officially severing the relationship, as well as (1) draft fragments of the letter found in his papers after his death; and (2) a draft of a letter to Charles Scribner, written at the same time but never mailed.

I must tell you plainly now what you must know already, that, in view of all that has happened in the last year and a half, the differences of opinion and belief, the fundamental disagreements that we have discussed so openly, so frankly, and so passionately a thousand times, and which have brought about this unmistakable and grievous severance, I think you should have written this letter that I am asking you to write long before this. I am compelled by your failure to do so to ask you, in simple justice, to write it now.

I think it is unfair to put a man in a position where he is forced to deny an obligation that does not exist, to refuse an agreement that was never offered and never made. I think it is also unfair to try to exert, at no expense to oneself, such control of a man’s future and his future work as will bring one profit if that man succeeds, and that absolves one from any commitments of any kind should he fail. I also think it is unfair that a man without income, with little money, and with no economic security against the future, who has time and again in the past refused offers and proposals that would have brought him comfort and security, should now, at a time when his reputation has been obscured and when there are no offers and little market for his work, be compelled to this last and sorrowful exercise of his fruitless devotion. And finally, I do not think that life is a game of chess, and if it were, I could not be a player.

I have nothing more to say here except to tell you that I am your friend and that my feeling toward you is unchanged.

I am writing to tell you that I have at last taken the step of communicating formally to other publishers the severance of my relations with Charles Scribner’s Sons. It is true that no formal relation between us existed, and that both you and Charlie have told me I was free to go. But I think the relation existed in our minds at any rate, and for me—I believe for you, as well—it existed in the heart.

If any apprehensions concerning my letter to the publishers may exist in the minds of any of you—and I know they will not exist in yours—let me assure you at once that I spoke of my former publisher in such a way as left no doubt as to my own earnestness and sincerity, or as to my own belief in the integrity and [high capacity?] of your house. No one could read that letter without understanding that the necessity for this severance is a matter of deep and poignant regret to all of us.

I am sick and tired, but I believe that I shall rise again, as I have done before—I know that for a time now the world will say that you and I have fallen out, that the great sounding-board of rumor and malicious gossip that echoes round and round the granite walls of this little universe, the city, will frame its hundred little stories and all of them, as usual, will be false. I know that they will say this and that—well, let them say. That is honestly the way I feel now.

The editorial relation between us, which began, it seems to me, so hopefully, and for me so wonderfully, has now lost its initial substance. It has become a myth—and what is worse than that, an untrue myth—and it seems to me that both of us are victims of that myth. You know the terms of the myth well enough—it was venomously recorded by a man named De Voto in The Saturday Review of Literature during this past summer—and the terms of the myth are these: that I cannot write my books without your assistance, that there exists at Scribners an “assembly line” that must fit the great dismembered portions of my manuscript together into a semblance of unity, that I am unable to perform the functions of an artist for myself. How far from the truth these suppositions are, you know yourself better than anyone on earth. There are few men—certainly no man I have ever known—who is more sure of purpose than myself. There are very many men, of course, who are more sure of means—but that assurance, with such men, is just a small one—with me it is a hard and thorny one because my means must be my own.

I know you will not be uncandid enough to deny that these differences and misunderstandings have been profound and fundamental.

Plainly may I tell you that I think that looking like a plain man, you are not a plain man; that speaking like a simple man, you are not a simple man: that speaking in words and phrases that as time went on [indicated and assured me?] by their simplicity and [           ?] directness, so that they seemed to be the very [charter?] of your soul, I do not now believe that they were so.

I impeach your virtues and your conduct: may I tell you frankly, plainly, that I do not believe they have achieved and maintained always the quality of [unconditioned innocence?], faith, good will, and simple and direct integrity that you have always claimed for them.

The fault, I think, is here: that having so much that belonged to humankind, you lacked—or you with-held—what makes us one. And therefore I renounce you, who have already, for so long a time, renounced me and got so safely, with no guilt or wrong, so freely rid of me.

And I am writing therefore now to tell you that I am, upon the date of these words, dissolving a relationship that does not exist, renouncing a contract that was never made, severing myself and of my own accord a bond of loyalty, devotion and self-sacrifice that existed solely, simply and entirely within my own mind, and to my own past grief of doubt, my present grief of sorrow, loss, and final understanding.

With infinite regret, my dear Max, with the deepest and most genuine sorrow, with an assurance—if you will generously accept it—of my friendship for yourself,

Faithfully and sincerely yours

I understand that you have been afraid that some day I might “write about” you—Well, you need not be afraid any longer. The day has come—and I am writing about you. Your fears have been realized—I think you will find that your fears, like most fears, have been exaggerated.

This is one of the saddest and most melancholy occasions of my life. To say now that I have “thought about” this thing, or “arrived at certain conclusions” would be ludicrous. I have not thought about the thing—I have sweat blood about it: I have carried it with me like a waking nightmare in the day time, and like a sleeping torment in the night. I have not “arrived” at my conclusions: I have come to them through every anguish that the brain, heart, nerves and soul of man can know—and I am there at last. I can’t go on in this way: it is a matter of the most desperate uncertainty whether I can go on at all. For seven years I have been increasingly aware of the seepage of my talents, the diminution of my powers, the dilution of my force—and I can not go on.

I am therefore asking you to send me at once an unqualified and unequivocal statement to this effect: that I have discharged all debts and contractual obligations to the firm of Charles Scribner’s Sons, and that I am no longer under any obligation to them, whether personal, financial, or contractual on my part.

I want to make this statement in your own language, but according to the terms I have mentioned, if you think them just.

In the name of honesty and sincerity, I can write no more than here I have written: in the name of justice and of fairness you can, and will, write no less.

I beg and request you to send me at once, without intervention of personal conversations or telephone call, this letter that I am asking you to write.

I have upon this present date written a letter to Maxwell Perkins in which I have told him that the firm of Charles Scribner’s Sons are no longer, for any publication save those which have previously been published by Charles Scribner’s Sons, my publisher. It is a painful and chastising experience to renounce an agreement that does not exist, an understanding for the future that, however undefined, was mine alone, and in my mind alone; but in order that there may be no misunderstanding of my purpose, or of the meaning of this letter, I do state here and now that you are no longer my publisher, that you will never again by my publisher for anything that I may ever write; that I hereby renounce, adjure, abrogate, deny and terminate any requests, claims, offers, inducements, obligations, commitments, or persuasions which you have made formerly, shall make now, or in the future make.