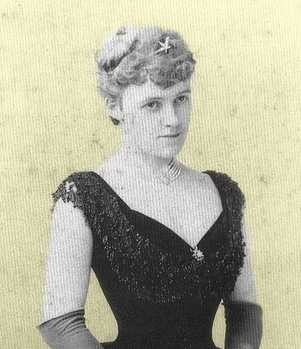 Edith Wharton wrote the following letter to her lover, the American journalist W. Morton Fullerton. The two had met in the spring of 1907 at the house of Henry James, where Fullerton offered to help Wharton publish her French translation of The House of Mirth. They became engaged in a brief but intense affair, which Wharton—already married—made every effort to conceal. After Wharton returned to America from France in May 1908, Fullerton wrote her less and less frequently, before stopping altogether. When it became clear that Morton didn’t share Wharton’s desire, she asked for her letters back. Morton refused, later selling her profusions of love.

Don’t think I am “fâchee,” as you said yesterday; but I am sad & bewildered beyond words, & with all my other cares & bewilderments, I can’t go on like this!

When I went away I thought I shd perhaps hear once from you. But you wrote me every day—you wrote me as you used to three years ago! And you provoked me to answer in the same way, because I could not see for what other purpose you were writing. I thought you wanted me to write what was in my heart!

Then I come back, & not a word, not a sign. You know that here it is impossible to exchange two words, & you come here, & come without even letting me know, so that it was a mere accident that I was at home. You go away, & I seem not to exist for you. I don’t understand.

If I could lean on some feeling in you—a good & loyal friendship, if there’s nothing else!— then I could go on, bear things, write, & arrange my life…

Now, ballottée [tossed] perpetually between one illusion & another by your strange confused conduct of the last six months, I can’t any longer find a point de repère [landmark]. I don’t know what you want, or what I am! You write to me like a lover, you treat me like a casual acquaintance!

Which are you—what am I?

Casual acquaintance, no; but a friend, yes. I’ve always told you I foresaw that solution, & accepted it in advance. But a certain consistence of affection is a fundamental part of friendship. One must know á quoi s’en tenir [what to hold on to]. And just as I think we have reached that stage, you revert abruptly to the other relation, & assume that I have noticed no change in you, & that I have not suffered or wondered at it, but have carried on my life in serene insensibility until you chose to enter again suddenly into it.

I have borne all these inconsistencies & incoherences as long as I could, because I love you so much, & because I am so sorry for things in your life that are difficult & wearing—but I have never been capricious or exacting, I have never, I think, added to those difficulties, but have tried to lighten them for you by a frank & faithful friendship. Only now a sense of my worth, & a sense also that I can bear no more, makes me write this to you. Write me no more such letters as you sent me in England.

It is a cruel & capricious amusement. —It was not necessary to hurt me thus! I understand something of life, I judged you long ago, & I accepted you as you are, admiring all your gifts & your great charm, & seeking only to give you the kind of affection that should help you most, & lay the least claim on you in return. But one cannot have all one’s passionate tenderness demanded one day, & ignored the next, without reason or explanation, as it has pleased you to do since your enigmatic change in December. I have had a difficult year—but the pain within my pain, the last turn of the screw, has been the impossibility of knowing what you wanted of me, & what you felt for me—at a time when it seemed natural that, if you had any sincere feeling for me, you should see my need of an equable friendship—I don’t say love because that is not made to order!—but the kind of tried tenderness that old friends seek in each other in difficult moments of life. My life was better before I knew you. That is, for me, the sad conclusion of this sad year. And it is a bitter thing to say to the one being one has ever loved d’amour.

From Hell Hath No Fury: Women’s Letters From the End of the Affair. Edited by Anna Holmes. Carroll & Graf Publishers: New York. 2002