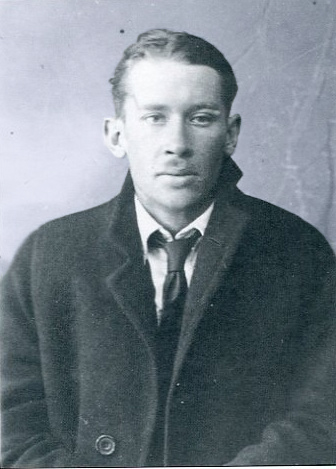 Here, E.E. Cummings sends Ezra Pound a fictional press report, playfully imagining the repercussions of a forged “certain document.” The “certain document” likely refers to Pound’s practice of urging other authors to submit his articles to publications as if they were their own. Cummings goes on to mock the media and tease Pound, who was incarcerated at St. Elizabeth’s mental institution at the time, referring to him as “Dr. Enzo” and calling his Confucian work “The Unwobbling Pigeon.”

New York, April 17—AP. A plot threatening the existence of the Episcopalian hierarchy of Great Britain was believed, on good authority, to have been uncovered here today. The alleged instigator of this nefarious scheme, whose motive cannot as yet be determined, is suspected of having urged a prominent photographer of this city to falsify, in some unrevealed manner, a certain document whose exact nature (in the interests of domestic security) remains a carefully guarded government secret, known only to the President & his advisors, the Cabinet, the Supreme Court, the Congress, the Senate, & all their more intimate associates. Rumor (however) persists in affirming that the forgery in question was to have been eventually signed by an obscure Greenwich Village literatus, who discovered his predicament just in time to prevent an Eliotic England from travailing to its very ankles. A story, even if possible stranger, was being widely circulated in the nation’s capitol tonight with regard to the identity of the presumed plotter. He is said to be Dr. Enzo Pound, a well known ornithologist, & co-author with Kung Fu Tse of “The Unwobbling Pigeon”.