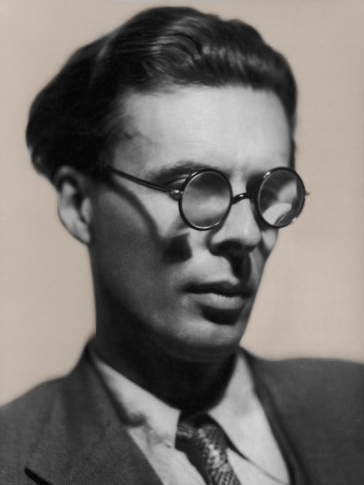 Aldous Huxley writes actor Basil Rathbone to inform him of changes being made to his play, The Gioconda Smile. Huxley speaks about editing his script to accommodate the concerns of actress Valerie Taylor.

I hope that all goes well, in spite of the miserable state of the world at large, with you and your family. London is a good deal more cheerful than it was two years ago, when I was here last; and one prays that the respite from war and the improvement in conditions may continue for a while longer. Meanwhile I have seen Valerie Taylor and talked with her about the play, gaining some useful ideas about it from the Janet’s-eye point of view. She made two points which I thought were good. The first was that, when she played the part with Clive Brook, she felt that Hutton was insufficiently the amorist, that it wasn’t made sufficiently clear that he had wantonly and as it were scientifically, as a matter of experiment, played with Janet’s emotions to the point when she had become filled with a blind, almost physical passion for him, such a passion being the only force strong enough to drive her to murder. The stuff about the talented children is used by her as a justification and rationalization of this blind desire, after the event. A great deal of Hutton’s experimental and vivisecting amorism must necessarily be suggested in the acting. But to help matters, I have added a few lines in the scene immediately preceding the poisoning of the coffee (see accompanying page). These should provide an opportunity for putting across, at a crucial moment of the story, what has to be expressed—namely, Hutton’s gratuitous and wanton scientific arousing of Janet’s emotions; Janet’s taking this seriously as a manifestation of genuine love; and Hutton’s uneasy realization that he may have set in motion forces which he cannot control. I don’t think we shall have to lengthen this scene, and it would be best if it remained brief and unspecific—the hint and not a statement. The statement and explanation will come later, in the thunderstorm scene and in the condemned cell scenes. In the first act we don’t explain, but merely show something in action.

The other point Valerie Taylor raised was one we have all been worried about—the finding of the weed killer by the nurse. To mitigate its obviousness she suggests that the nurse should find a whole collection of gardening equipment, of which the weed killer would be one item. This will, I think, do something to take the curse off the situation, and I have modified the text and stage directions accordingly.

With all good wishes to you both, I am