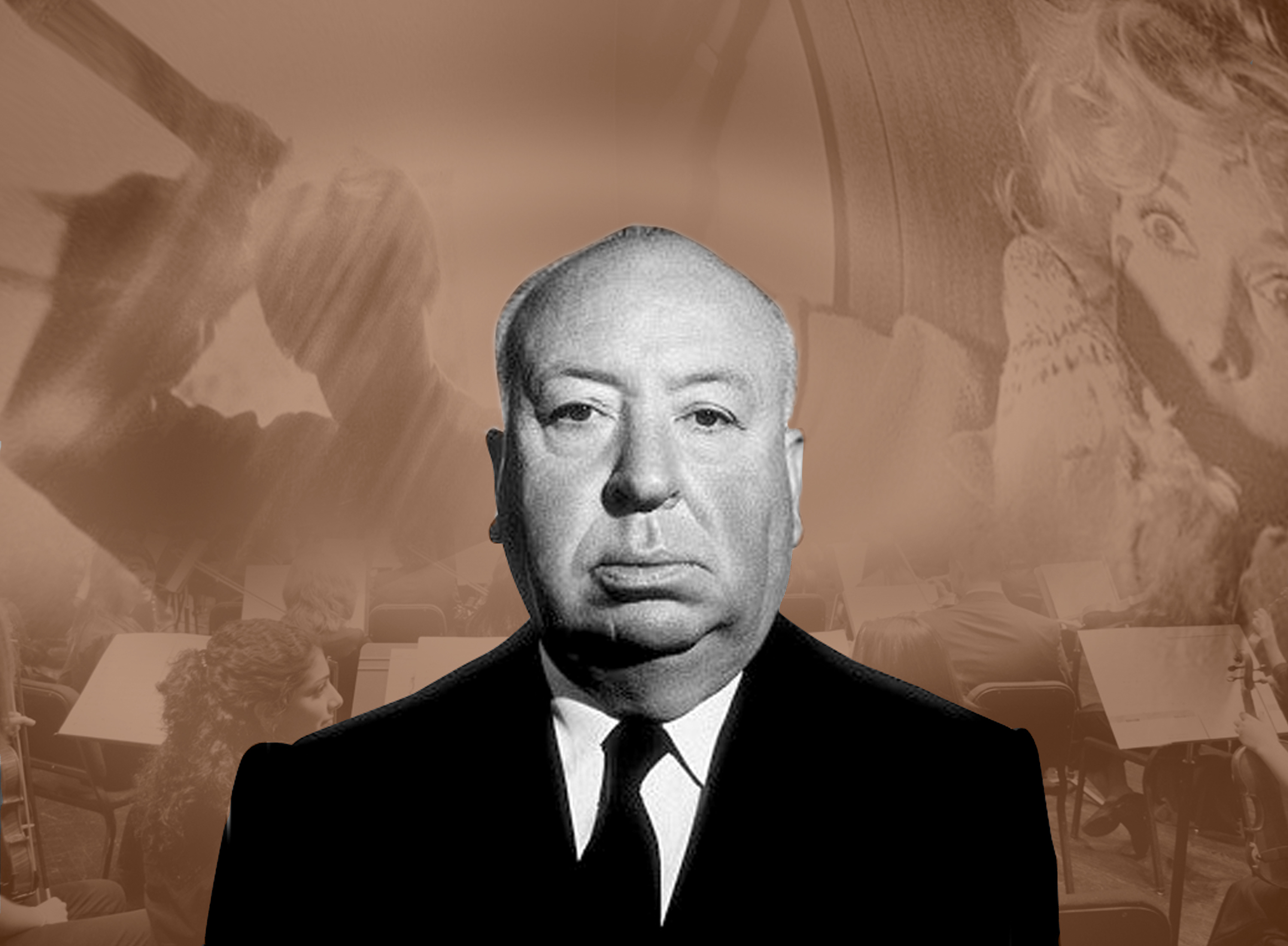 Alfred Hitchcock and Vladimir Nabokov were mutual admirers; for a brief time, they maintained a correspondence, in which they batted around the idea of collaborating on a film. Below, Hitchcock writes to Nabokov, offering two ideas for potential screenplays. “Screenplay writers are not the type of people to take such ideas as these and develop them into responsible story material,” he explains. “They are usually people who adapt other people’s work. That is why I am by-passing them and coming direct to you—a story-teller.”

Further to our conversation on the telephone regarding future projects I have in mind and for which I require stories, I would like to give you a rough outline of two of them with the hope perhaps that one or the other might interest you to develop into a story.

If perhaps you would become interested, I would like to point out that I do not require any rights except motion picture and television. Any literary rights would belong to you.

Now the first idea I have been thinking about for some time is based upon a question that I do not think I have seen dealt with in motion pictures or, as far as I know, in literature. It is the problem of the woman who is associated, either by marriage or engagement, to a defector.

I think in the case of the married woman, there is very little question that she sides with her husband. We have, for example, the case of Burgess MacLean eventually followed her husband behind the Iron Curtain, and obviously Mrs. MacLean had no other loyalties. The question I’m really interested in is what would be the attitude of a young woman, perhaps in love with, or engaged to, a scientist who could be a defector.

To give you a crude example, let’s imagine that Von Braun’s son is as brilliant as his father and has been working on very secret projects. He has become very American and, to all outward appearances, completely removed from any of his father’s background. But suddenly one day, he wants to go on a vacation and visit his father’s relatives—the old folks.

To the security people this excursion could be interpreted in a way that casts doubt upon his true intentions. In other words, they wonder perhaps whether he’s going to defect (naturally there could be other circumstances that would give them this idea).

The young man’s fiancee is the daughter of a senator and she was to accompany him on his excursion. The security people, having their doubts about the young man, endeavor to enlist her help.

The motion picture line for this story would develop into the journey behind the Iron Curtain and expressed in terms of action and movement, but within it all, would be the basic problem faced by the girl. Who knows? Maybe she goes over to the side of her fiance. It would depend upon how her character is drawn. It is also possible if she did this, she might be making a terrible mistake—especially if her fiance, after all, turned out to be a double agent.

The feasibility of a man posing as a defector, but in reality is an agent for the government, could arise entirely out of the close security methods within the government. We have seen examples of how the FBI is ignorant of what the CIA is doing, and sometimes the CIA is not always aware of what some higher-ups are doing in these intelligence jobs.

Anyway, Mr. Nabokov, the type of story I’m looking for is an emotional, psychological one, expressed in terms of action and movement and, naturally, one that would give me the opportunity to indulge in the customary Hitchcock suspense.

Now this next idea I’m not sure will really appeal to you but, on the other hand, it might.

Many years ago I started to work on an idea for the English company to which I was under contract. The idea was never completed because I left to come to America. I wondered what would happen if a young girl, having spent her life in a convent in Switzerland due to the fact that she had no home to go to and only had a widowed father, was suddenly released from college at the end of her term. She would be returned to her father, who would be the general manager of a large international hotel (at the time I imagined it would be the Savoy in London). This general manager, the father of our young heroine, has a brother who is the concierge, another brother who is the cashier, another brother one of the chefs in the kitchen, a sister who is the housekeeper, and a bedridden mother living in a penthouse in the hotel. The mother is about 80 years of age, a matriarch.

The whole of this family are a gang of crooks, using the hotel as a base of operations. Now into this setting comes our young 19-year-old girl. As you will see, the hotel setting—especially the “backstage” part—would be extremely colorful, especially when the bulk of the story would take place, not only backstage, but in the public rooms and even to the night club section. In other words, I was looking for a film that would give us the details of a big hotel and not merely a film played in hotel rooms.

Arnold Bennett, the famous English novelist, had quite a fascination for hotels. He wrote two books, one “Grand Babylon Hotel” and another, “Imperial Palace.” This latter book contained enormous detail about the Savoy Hotel, London, although it was actually a work of fiction.

Well there it is, Mr. Nabokov. I sincerely hope you could be interested in one or the other. Naturally I have just indicated the crudest conception of these ideas. I haven’t bothered to go into such details as characterizations or the psychological aspects of these stories. For example, in the hotel story I have in the original material, the development of the situation whereby the father of the young girl, having achieved the position of general manager, has no more interest in the unlawful pursuits of the rest of his family; and it is the advent of his daughter that makes his problem so much greater. As I indicated to you on the telephone, screenplay writers are not the type of people to take such ideas as these and develop them into responsible story material. They are usually people who adapt other people’s work. That is why I am by-passing them and coming direct to you—a story-teller.

For a worthwhile consideration of the work of Nabokov and Hitchcock in relation to one another, click here.