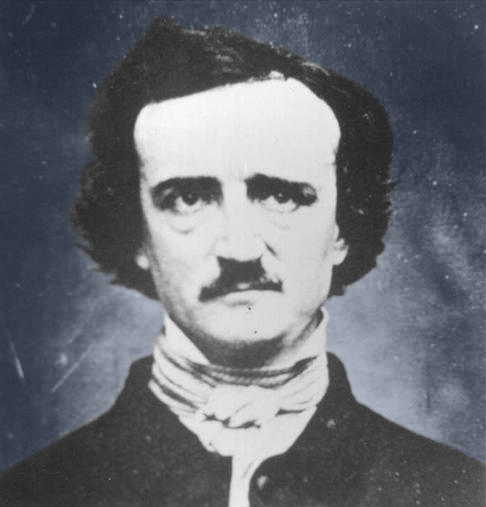 Edgar Allan Poe met James Russell Lowell, the poet, professor, critic, and editor, in the late-1830s, and each respected the other’s work. Poe ranked Lowell as “at least the second or third place among the poets of America.” Throughout the 1840s, Poe penned a series of critical essays calling attention to what he saw as the derivatively mediocre poetry of Longfellow, a long-time friend of Lowell’s, resulting in their falling out. The falling out was, at least in part, a conflict of political, geographical, and cultural interests; the two New Englanders had aligned themselves with the abolitionist movement and Transcendentalism, exalting didacticism as the highest achievement of poetry—things Poe was sharply opposed to. Lowell’s long satirical poem, A Fable for Critics, derides Poe’s “outmoded” and elitist poetic rigidity: he “talks like a book of iambs and pentameters…/But the heart somehow seems all squeezed out by the mind.”

I can feel for the “constitutional indolence” of which you complain—for it is one of my own besetting sins. I am excessively slothful, and wonderfully industrious—by fits. There are epochs when any kind of mental exercise is torture, and when nothing yields me pleasure but solitary communion with the “mountains & the woods”—the “altars” of Byron. I have thus rambled and dreamed away whole months, and awake, at last, to a sort of mania for composition. Then I scribble all day, and read all night, so long as the disease endures. This is also the temperament of P. P. Cooke, of V the author of “Florence Vane”, “Young Rosalie Lee”, & some other sweet poems—and I should not be surprised if it were your own. Cooke writes and thinks as you—and I have been told that you resemble him personally.

I am not ambitious—unless negatively. I, now and then feel stirred up to excel a fool, merely because I hate to let a fool imagine that he may excel me. Beyond this I feel nothing of ambition. I really perceive that vanity about which most men merely prate—the vanity of the human or temporal life. I live continually in a reverie of the future. I have no faith in human perfectibility. I think that human exertion will have no appreciable effect upon humanity. Man is now only more active—not more happy—nor more wise, than he was 6000 years ago. The result will never vary—and to suppose that it will, is to suppose that the foregone man has lived in vain—that the foregone time is but the rudiment of the future—that the myriads who have perished have not been upon equal footing with ourselves—nor are we with our posterity. I cannot agree to lose sight of man the individual, in man the mass. —I have no belief in spirituality. I think the word a mere word. No one has really a conception of spirit. We cannot imagine what is not. We deceive ourselves by the idea of infinitely rarefied matter. Matter escapes the senses by degrees—a stone—a metal—a liquid—the atmosphere—a gas—the luminiferous ether. Beyond this there are other modifications more rare. But to all we attach the notion of a constitution of particles—atomic composition. For this reason only, we think spirit different; for spirit, we say is unparticled, and therefore is not matter. But it is clear that if we proceed sufficiently far in our ideas of rarefaction, we shall arrive at a point where the particles coalesce; for, although the particles be infinite, the infinity of littleness in the spaces between them, is an absurdity.— The unparticled matter, permeating & impelling, all things, is God. Its activity is the thought of God—which creates. Man, and other thinking beings, are individualizations of the unparticled matter. Man exists as a “person”, by being clothed with matter (the particled matter) which individualizes him. Thus habited, his life is rudimental. What we call “death” is the painful metamorphosis. The stars are the habitations of rudimental beings. But for the necessity of the rudimental life, there would have been no worlds. At death, the worm is the butterfly—still material, but of a matter unrecognized by our organs—recognized, occasionally, perhaps, by the sleep-waker, directly—without organs—through the mesmeric medium. Thus a sleep-waker may see ghosts. Divested of the rudimental covering, the being inhabits space—what we suppose to be the immaterial universe—passing every where, and acting all things, by mere volition—cognizant of all secrets but that of the nature of God’s volition—the motion, or activity, of the unparticled matter.

You speak of “an estimate of my life”—and, from what I have already said, you will see that I have none to give. I have been too deeply conscious of the mutability and evanescence of temporal things, to give any continuous effort to anything—to be consistent in anything. My life has been whim—impulse—passion—a longing for solitude—a scorn of all things present, in an earnest desire for the future.

I am profoundly excited by music, and by some poems—those of Tennyson especially—whom, with Keats, Shelley, Coleridge (occasionally) and a few others of like thought and expression, I regard as the sole poets. Music is the perfection of the soul, or idea, of Poetry. The vagueness and of exultation arous[ed by] a sweet air (which should be strictly indefinite & never too strongly suggestive) is precisely what we should aim at in poetry. Affectation, within bounds, is thus no blemish.

I still adhere to Dickens as either author, or dictator, of the review. My reasons would convince you, could I give them to you—but I have left myself no space. I had two long interviews with Mr D. when here. Nearly every thing in the critique, I heard from him or suggested to him, personally. The poem of Emerson I read to him.

I have been so negligent as not to preserve copies of any of my volumes of poems—nor was either worthy of preservation. The best passages were culled in Hirst’s article. I think my best poems, “The Sleeper”, “The Conqueror Worm”, “The Haunted Palace”, ”A Paen” “Lenore”, “Dreamland” & “The Coliseum”—but all have been hurried & unconsidered. My best tales are “Ligeia”; The “GoldBug”; The “Murders in the Rue Morgue”, “The Fall of the House of Usher”, The “Tell-Tale Heart”, The “Black Cat”, “William Wilson”, & “The Descent into the Maelstrom.” “The Purloined Letter,” forthcoming in the “Gift”, is, perhaps, the best of my tales of ratiocination. I have lately written, for Godey, “The Oblong-Box”, and “Thou art the Man”—as yet unpublished. With this, I mail you “The Gold-Bug”, which is the only one of my tales I have on hand.

Graham has had, for 9 months, a review of mine on Longfellow’s “Spanish Student”, which I have “used up”, and in which I have exposed some of the grossest plagiarisms ever perpetrated. I can’t tell why he does not publish it. —I believe G. intends my Life for the September number, which will be made up by the 10th August. Your article shd be on hand as soon as convenient.

Believe me your true friend.

Read an excerpt from Lowell’s A Fable for Critics, in which he criticizes Poe’s technically sound, but emotionally stilted, poetry.

Read Poe’s critical essay on Longfellow, “Mr. Longfellow and Other Plagiarists,” which touched off his “little Longfellow war” and the deterioration of his friendship with Lowell.

Read an essay, published by the Edgar Allan Poe Society, about Poe’s thorny relationship with religion and spirituality.