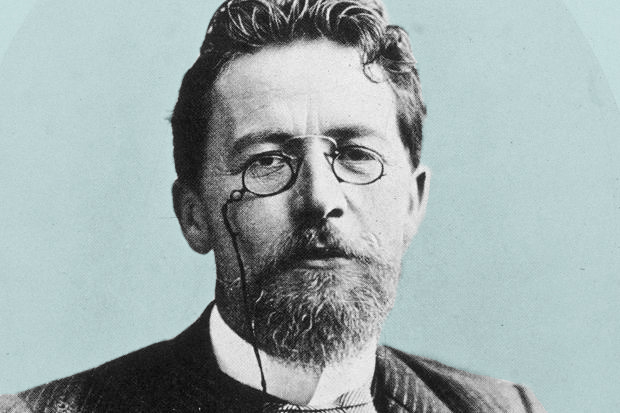 In the letter below, Anton Chekhov writes to A.S. Suvorin, offering his thoughts on several of Ivan Turgenev’s works. Although Chekhov was impressed by “Fathers and Children,” he found Turgenev’s portrayal of women underwhelming.

My God! What a glorious thing “Fathers and Children” is! It is positively terrifying. Bazarov’s illness is so powerfully done that I felt ill and had a sensation as though I had caught the infection from him. And the end of Bazarov? And the old men? And Kukshina? It’s beyond words. It’s simply a work of genius. I don’t like the whole of “On the Eve,” only Elena’s father and the end. The end is full of tragedy. “The Dog” is very good, the language is wonderful in it. Please read it if you have forgotten it. “Acia” is charming, “A Quiet Backwater” is too compressed and not satisfactory. I don’t like “Smoke” at all. “The House of Gentlefolk” is weaker than “Fathers and Children,” but the end is like a miracle, too. Except for the old woman in “Fathers and Children”–that is, Bazarov’s mother–and the mothers as a rule, especially the society ladies, who are, however, all alike (Liza’s mother, Elena’s mother), and Lavretsky’s mother, who had been a serf, and the humble peasant woman, all Turgenev’s girls and women are insufferable in their artificiality, and—forgive my saying it—falsity. Liza and Elena are not Russian girls, but some sort of Pythian prophetesses, full of extravagant pretensions. Irina in “Smoke,” Madame Odintsov in “Fathers and Children,” all the lionesses, in fact, fiery, alluring, insatiable creatures for ever craving for something, are all nonsensical. When one thinks of Tolstoy’s “Anna Karenin,” all these young ladies of Turgenev’s, with their seductive shoulders, fade away into nothing.

The negative types of women where Turgenev is slightly caricaturing (Kukshina) or jesting (the descriptions of balls) are wonderfully drawn, and so successful, that, as the saying is, you can’t pick a hole in it. The descriptions of nature are fine, but … I feel that we have already got out of the way of such descriptions and that we need something different….