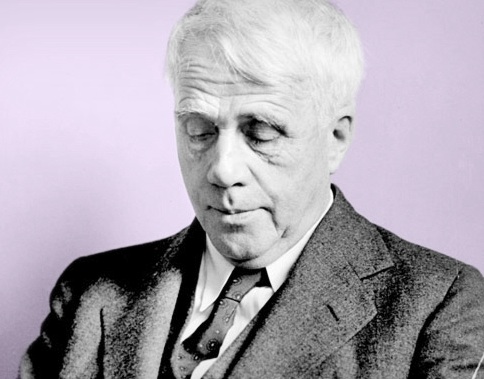 Robert Frost writes Marguerite Ogden Bigelow Wilkinson, a poet, anthologist and critic, in response to her commentary in New Voices: An Introduction to Contemporary Poetry (New York: Macmillan, 1919). Wilkinson had described Frost’s writing process, observing: “Robert Frost, to be sure, writes rapidly and seldom revises his successful poems. But for years he wrote poems that served only as practice work and were never offered to the world… More than any poet who uses regularly stressed rhythms, Robert Frost is influenced by the tunes of human conversation, and he is the greatest living master of the poetry that talks…” Frost elaborates below.

I didn’t telegraph because I saw nothing to object to in what you said about my processes. As nearly as I can tell that’s the way I work. I meant to make no particular merit of it however. I worked for twenty years as I had to by force of circumstances and I work now as I have to from force of the habit formed then. I have never been good at revising. I always thought I made things worse by recasting and retouching. I never knew what was meant by choice of words. It was one word or none. When I saw more than one possible way of saying a thing I knew I was fumbling and turned from writing. If I ever fussed a poem into shape I hated and distrusted it afterward. The great and pleasant memories are of poems that were single strokes (one stroke to the poem) carried through. I wont [sic] say I haven’t learned with the years something of the tinker’s art. I’m surprised to find sometimes how I have just missed the word. It wasn’t that I was groping for my meaning. I had that clear enough and I had and thought I had said the word for it. But I hadn’t said within a row of apple trees of it. That’s the way it was I suppose with that word “fill” in the Winter Night poem. I had the perfectest conviction of having said “keep” then and I believe I had read it aloud as “keep” for some time before I saw that I had written “fill.” “Fill” is awful!

I sometimes I often live to dislike a poem I have dashed off like lightning out of a clear sky, but first or last I never like a poem I have written any other way. I make them in haste and repent of them at leisure. I dont [sic] know that I would have taken the leisure I took if the editors and such hadnt [sic] forced it on me. They took care that I should take time to judge my own work. Not that I like to judge it or that I have attained to security in my judgements. I’m still fearfully afraid of committing anything to print — just as you seem to be. A book on publication day is what Sherman said war was. But don’t you worry. Your book will be all right. It sounds to me like a good sort of thing to do and I’m absolutely sure we shall enjoy reading it.

Lesley has enjoyed knowing you. We appreciate your kindness to her.