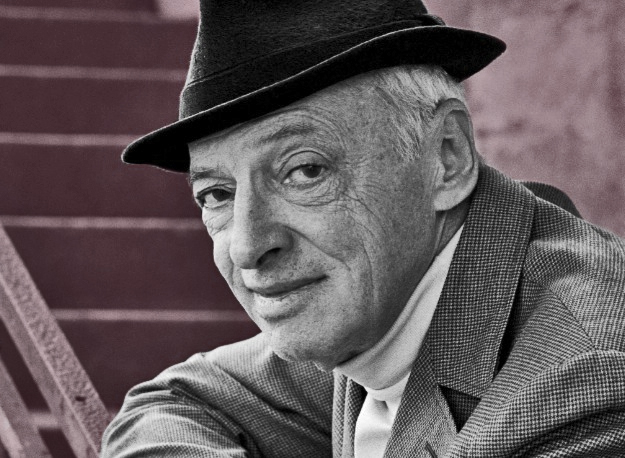 In the following letter Saul Bellow addresses Edward Shils, a fellow member of the Committee for Social Thought at the University of Chicago. A preeminent sociologist,  Shils had recently published an exposition on McCarthyism, The Torment of Secrecy (1956).

If [Samuel S.] Goldberg did show up, I hope he wasn’t too much trouble. He was traveling with my former father-in-law, Tschacbasov the painter, one of the stranger formations of nature in its recent experiments. The thought that they might have appeared together before you in Cambridge [England, where Shils was in residence at King’s college] visited me like a nightmare. Not even a student of life like yourself ought to be exposed to so much of it at one time.

As for me—for us—Chicago has opened its arms. I’d like it to stay that way—open arms, not a closed embrace. Susan is very happy here. It would have been unfair, and even dangerous to try and keep her on the farm. She has a taste for solitude, like me, but shouldn’t be encouraged. Here she has many friends, and isn’t dependent on mine as she would be in the East. As for me, I haven’t the smallest complaint to make of Chicago: my life here has been altogether pleasant if disordered—but that’s normal with me. I’ve been working very hard, perhaps harder than I should, to finish Herzog. I don’t know whether the poor fellow can stand as much attention as I’ve devoted to him. The Committee has been splendid. I float in and out, have a talk with Father Kim. He tells me why he didn’t become a Communist; I tell him and about modern literature. Then I walk on the Midway for the fresh air, and in the stacks for the stale, gaze at the bare shelves in the office and wonder what books [Friedrich von] Hayek kept. I see his cane, like a prop from Sherlock Holmes hanging on the wall…  They say he loved mountain climbing. He has left behind a Schnitzlerian flavor which I very much enjoy. Elsewhere in the city, a certain number of spooks occasionally rise to haunt me. Bitter melancholy—one of my specialties—but sometimes I feel that certain of these old emotions have lost their hold. I realize they no longer have their ancient power. Good idea for a story: the Limbo of terrors which have lost their grip […]

Yours, as ever,
Saul

Note: At the Committee, Bellow had moved into the office formerly occupied by Friedrich von Hayek, an influential Austrian economist and defender of liberal humanism. His “Schnitzlerian flavor” is that of Arthur Schnitzler, the Austrian playwright renowned for his avant garde techniques and sexual puns. Goldberg was one of Bellow’s bibliophile friends, with whom he would frequent used bookstores such as the Gotham and the Strand.

A brief biography of Shils at Commentary magazine.

The original review of Bellow’s Herzog.

The Cubist paintings of Nahum Tschacbasov.