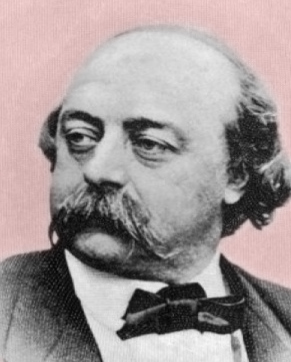 Here, Flaubert writes to French actress Edma Roger Des Genettes, a frequent correspondent, about his deteriorating health and waning interest in his own work.

My health is deteriorating. As to what’s wrong with me, I have no idea, nor has anybody else—the term “neurosis” expressing both a number of different phenomena, and ignorance on the part of physicians. They advise me to rest. But why rest? To relax, to avoid solitude, etc., a lot of unattainable goals. I know of only one remedy: time! And besides, I’m bored thinking about myself. If after one month at Croisset I don’t feel in better form I’ll use Charles XII’s remedy and take to my bed for six.

Judging from the way I sleep—ten to twelve hours a night—I have probably done some damage to my brain. Is it beginning to soften, do you suppose? Bouvard and Pécuchet occupy me to such a point that I have become them. Their stupidity is mine, and I’m dying of it. Perhaps that’s the explanation.

One has to be under a curse to think up such a book! I’ve at last finished the first chapter and prepared the second, which will include Chemistry, Medicine, and Geology—all that in no more than thirty pages! and with some secondary characters, for there must be a pretense at action, a kind of continuous story so that the thing doesn’t seem like a philosophical dissertation. What makes me desperate is that I no longer believe in my book. The prospect of its difficulties depresses me in advance. It has become a chore for me.