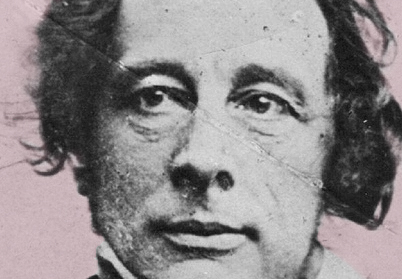 In 1851, Charles Dickens decided to fill two bookcases in his study with made-up books. Dickens sent the following list  of entirely fictitious titles to a bookbinder named Thomas Robert Eeles, in order to have the imitation book-backs produced. Not all of the titles were of his own invention; some seem to be drawn from other sources. Part social commentary, part simple wordplay, this letter is a treasure trove of Dickens’ notoriously biting wit.

My Dear Mr. Eeles,—I send you the list I have made for the book-backs. I should like the History of a Short Chancery Suit to come at the bottom of one recess, and the Catalogue of Statues of the Duke of Wellington at the bottom of the other. If you should want more titles, and will let me know how many, I will send them to you.—Faithfully yours.

Forty Winks at the Pyramids. 2 vols.

Abernethy on the Constitution. 2 vols.

A Carpenter’s Bench of Bishops. 2 vols.

History of the Middling Ages. 6 vols.

Steele. By the Author of “Ion.”

The Art of Cutting the Teeth.

On the Use of Mercury by the Ancient Poets.

Drowsy’s Recollections of Nothing. 3 vols.

Heavyside’s Conversations with Nobody. 3 vols.

The Book of Moses and Sons. 2 vols.

Burke (of Edinburgh) on the Sublime and Beautiful. 2 vols.

Lady Godiva on the Horse.

Hansard’s Guide to Refreshing Sleep. As many volumes as possible.