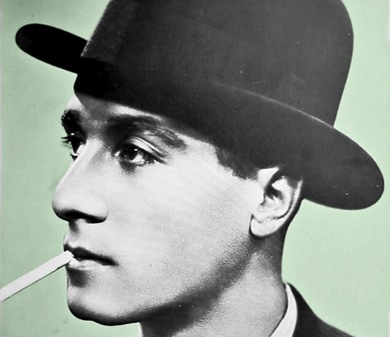 Henry Miller had a reputation of objectifying women. In the following letter, addressed to his lover Anaïs Nin, he reveals a rare spot of conscience. His remarks might seem ironic in light of his shortcomings as a husband; June, his wife, was prostituting herself at the time so that they might support themselves. Nonetheless, there appears to be earnest self-remorse in his feeling “like a worm.”

I am only finishing my revisions tonight, though you have been working steadily on it since I saw you. I could stick on it forever, it seems—an endless task, cutting, adding, transposing, etc. Disgusted with looking at it. But now that I am almost through, and have much more pleased with it than when I left you, I have a desire to write [Dr. Otto] Rank a letter, which will explain a lot of things he will want to know. A good letter, which will expose some of the problems in my mind. Putting away the 1932 correspondence, labeled “Anaïs,” I am amazed at the mass of it. What will 1933 bring? Yesterday I bought you A Reborns and afterwards I had a great attack of conscience. What have I ever bought you? Why, when I got that check from my friend, [Dr. Emil] Conason, didn’t I cash it and get you something? I am always thinking of myself. I am, as June said, probably the most selfish person in the world. I am amazed at my own selfishness. When I bought the book I felt like a worm. So little. I could have bought up the book store and handed it to you, and it would be nothing. I miss you a great deal. If you come for dinner Thursday and it looks dull here we will go out—go out and dance, or anything you want. I miss you terribly. I think sometimes that I must live a great part of my life in a trance, or in some sort of anesthetic state. The moment I leave Louveciennes I am in another world.

A letter from Henry to Anaïs year earlier.

Henry Miller’s writing regimen which he came to develop after his fall-out with Anaïs in 1938.