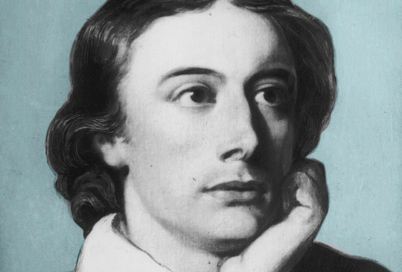 In the following letter, John Keats describes to his brothers, George and Tom, various Christmas gatherings, and his general displeasure with the company. He also describes his  notion of “negative capability,” an important concept for the Romantic Movement. Keats coined the term while studying chemistry.

To George and Tom Keats

I must crave your pardon for not having written ere this…I send you with the Examiner in which you will find a very proper lamentation on the obsoletion of christmas Gambols and pastimes: but it was mixed up with so much egotism of that drivelling nature that pleasure is entirely lost…I spent Friday evening with Wells & went to see Death on the Pale horse. it is a wonderful picture, when West’s age is considered; But there is nothing to be intense upon; no women [sic] one feels mad to kiss; no face swelling into reality. the [sic ] excellence of every Art is its intensity, capable of making all disagreeables evaporate, from their being in close relationship with Beauty and Truth—Examine King Lear & you will find this examplified [sic] throughout; but in this picture we have unpleasantness without any momentous depth of speculation excited, in which to bury its repulsiveness—The picture is larger than Christ rejected—I dined with Haydon the sunday after you left, & had a very pleasant day. I dined too (for I have been out too much lately) with Horace Smith & met his two brothers with Hill & Kingston & one Du Bois, they only served to convince me, how superior humour is to wit in respect to enjoyment—These men say things which make one start, without making one feel, they are all alike; their manners are alike; they all know fashionables; they have a mannerism in their very eating and drinking, in their mere handling a Decanter—They talked of Kean & his low company—Would I were with that company instead of yours said I to myself!…I had not a dispute but a disquisition with Dilke, on various subjects; several things dovetailed in my mind, & at once it struck me, what quality went to form a Man of Achievement especially in Literature & which Shakespeare possessed so enormously—I mean Negative Capability, that is when man is capable of being in uncertainties, Mysteries, doubts, without any irritable reaching after fact & reason—Coleridge, for instance, would let go by a fine isolated verisimilitude caught from the Penetralium of mystery, from being incapable of remaining content with half knowledge….with a great poet the sense of Beauty overcomes every other consideration, or rather obliterates all consideration.

Shelley’s poem is out & there are words about its being objected too, as much as Queen Mab was. Poor Shelley I think he has his Quota of good qualities, in sooth la!! Write soon to your most sincere friend and affectionate Brother

Note: Keats refers to the recently published Loan and Cynthia. Percy Shelley had just been at the center of a court case over the custody of his children due to the immoral content of Queen Mab  (1813). Loan and Cynthia  would also be censored, republished with forced edits as The Revolt of Islam.

Benjamin West at the Pennsylvania Academy of Fine Arts: Death on a Pale Horse  and Christ Rejected.

John Dewey would later use Keats’s phrase in his essay “Art as Experience.”

Susan Eilenberg on the toxin of Coleridge’s Penetralium, replete with opium-clouded visions.