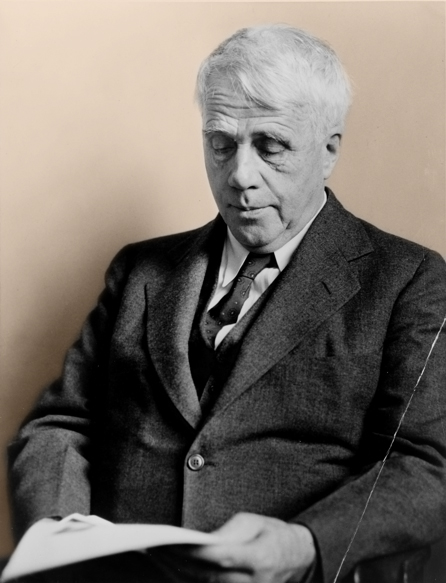 Here, Robert Frost writes editor and poet Nathan Haskell Dole on his (Frost’s) birthday. He reflects on his transition into middle-age and recounts a dream he had about Ellis Island. The Frost family passed through the port in 1915, when they returned from their three-year excursion to Britain as World War I broke out. Though the American family had no issues entering the United States, they had brought along Mervyn Thomas, son of the poet Edward Thomas, whom they had befriended in Gloucestershire. Mervyn was detained for a few days as a result of his new immigrant status. This is likely the “experience” that Frost refers to toward the end of the letter.

Do it some more in red ink. You write well in any in or in pencil for anything I know to the contrary: but if this letter is a fair sample and if I am any judge you are at your best and truthfullest in red ink.

I am slow to recover from the awful dazing you gave me in Boston. I was afraid my special pertness was never coming back. I sat on the edge of the bed for days together rubbing my eyes and (yawning I was going to say but no) crying at intervals like Balaam mourning for her children, “The cuss is all gone out of me!”

Possibly it is. I shall know better when I have made up the rest of my lost sleep. At my age a fellow forgets kindness and shakes off obligations with the greatest difficulty. Still it can’t be I am going to let myself sink under benefactions at the age of forty. I shall yet manage to do something I owe it to my friends and relatives not to do.

Perhaps reading to the Phi Beta Kappa is the thing. That should get me into sufficient trouble to make me feel at home. You know I can’t read. Why would you put temptation in my way? For I suppose you did it.

Another experience I cant seem to get over is Ellis Island. I dreamed last night that I had to pass a written examination in order to pass the inspection there. There were two questions set me.

Note. Candidates are advised to use influence in passing inspection. They are warned that if they think they are Christ or Napoleon or a poet they will do well not to say so if they dont want to be deported as of unsound unsounded and unfathomable mind. They are warned also against any levity in their answer to the second question. It will count heavily against them in the highest official circles if they try to get round the difficulty by answering that one and one if they are of opposite and conflicting sexes may produce a dozen.

When I dream at all, I always dream good sense.

Sometimes I will read your Rose of the Kennebec and glad of the chance.

We have these mountains pretty much to ourselves at this time of year.

In May I shall probably be seeing you again.

My wife is sure I will forget to thank you for the good coffee.

My best to all your household.

Yours ever
Robert Frost

This is my birthday.