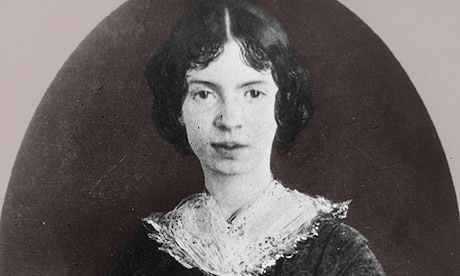 After Emily Dickinson decided to pass her Sabbath days at home, Jonathan Jenkins, minister of Amherst’s First Church, provided the necessary auxiliary spiritual counsel. He often brought his family along with him, and Dickinson became close with his two children, MacGregor and Sally. In the letter below Dickinson sends Sally (nicknamed “Did”) a full account of the recent Yuletide festivities.

Atmospherically it was the most beautiful Christmas on record—

The Hens came to the Door with Santa Claus, and the Pussies washed themselves in the open Air without chilling their Tongues—and Santa Claus himself—sweet old Gentleman, was even gallanter than usual—Visitors from the Chimney were a new dismay, but all of them brought their Hands so full, and behaved so sweetly—only a Churl could have turned them away—And then the ones at the Barn, were so happy—Maggie gave her Hens a Check for Potatoes, and each of the Cats a Gilt Edged Bone – and the Horses had both new Blankets from Boston—Do you remember Dark Eyed Mr-Dickinson, who used to shake your Hand when it was so little it had hardly a Stem—He too had a beautiful Gift of Roses—from a friend away—

It was a lovely Christmas—

Please give my love to your Father and Mother—and the “Lantern” Brother, and the Lad unknown—But what made you remember me? Tell me, with a kiss, or is it a secret?

Emily Dickinson’s legacy as portrayed in her most popular biographies.

MacGregor Jenkins later became a correspondent for The Atlantic. Read his reviews and marginalia here.