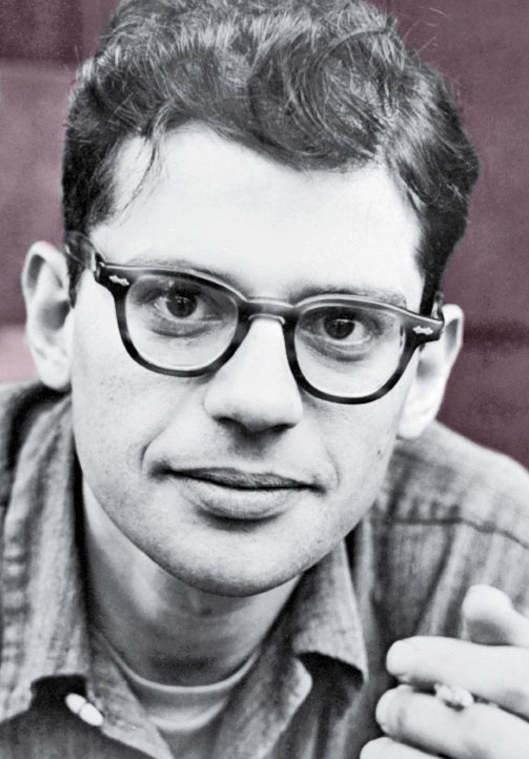 In the letter bellow, Allen Ginsberg writes to Jack Kerouac and Neal Cassady. William Carlos Williams had offered to help Ginsberg publish a volume of poems the previous winter, and Ginsberg describes the impossibility of distinguishing between his own ideas and phrases, and those that might originate with—and technically belong to—Kerouac. Finally, Ginsberg tells them he has “got the whole metrical problem at last by the balls,” that is, he must break out of meter and talk “like we really talk.”

Things is going great. Since I last wrote you I have been working steadily at typewriter piecing together mad poems—I have already 100 of them, I’m jumping. Listen to this: I’m putting together fragments of “Shroudy Stranger,” with a small descriptive poem—to busy on fragments to get to the EPIC which will be next. […]

Now, what I want to know from you: my fantasies and phrases have gotten so lovingly mixed up in yours, Jack, I hardly know whose is which and who’s used what: like rainfall’s hood and moon is half yours. I am enclosing copies of poems that seem to stem from you, like rhetoric at the end of “Long Poem”—is “very summa and dove” yours? I’m not haggling I just want to know if it’s OK to use anything I want that creeps in?

Spoke to [William Carlos] Williams on phone, go down to River Street tomorrow. He said he already (he hasn’t seen the whole hundred, just about five poems) spoken with Random House (I thought it was going to be New Directions) and book may be there. Isn’t this crazy? I’ve been off my nut with work and giggling. Speaking of which one poem enclosed beginning “Now Mind is Clear”sounds like synopsis of Giggling Ling. Is that OK? Also I enclose, “After Gogol.” Do or did you use the idea? If I use it will it screw up you? Fuck, let’s both use it. [John] Hollander thinks I have burst forth like Rilke and cries whenever he looks at me, for amazement. But I tell you really, though I’ll be depressed and incompetent and in a bughouse in 3 weeks, I swear I really have got the whole metrical problem at last by the balls, and that been holding me up—meter, breaking out of it, and talking like we really talk, about madtown. I was all wrong.

Listen to these “poems”: (a book is any will be called Scratches in the Ledger, and will be dedicated to Jack Kerouac, Lucien Carr and Neal Cassady: “VAST GENIUSES OF AMERICA WHO HAVE GIVEN ME METHOD AND FACT”).