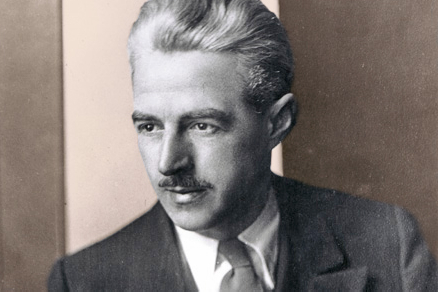 Here, Dashiell Hammett writes to his partner, playwright and screenwriter Lilian Hellman, from his military base in the Aleutian Islands. He tells her of his life on the base, and his post-army career plans. Though he never occupied office, he would engage in left-wing political activism after WWII, eventually leading to his arrest and, later, to his being blacklisted by the HUAC.

It’s a cinch you’ll be off to Delaware parts, doing what playwrights call work, when this gets to you. I do hope it’s all going well, darling, and that your fears are by now past history and your play a coming honor to the American stage. Anything I say from this distance now will sound lame—though it needn’t be as flat as the beginning of this paragraph—but I don’t have to tell you how unlame and unflat my wishes and hopes are. And I hope I don’t have to tell you that I’m not just wishing for the play to be a “success”—though that ain’t bad, either—but for it to come out right for you, which after you’ve spent the zillion or so it might make you, is the only thing you’re left permanently with. I do hope it does, baby! Along about dusk I went up on the hill that overlooks our bay and practically talked to god about you and it.

There’s very little—that’s putting it mildly—news of or from me at the moment. I eat better than usual. I sleep spottily but—in the long run—amply. I do work that doesn’t bore me too much, my prospects of the future are limited but not unpleasant. I live among inconveniences that are no longer discomforts. I know where I stand with god and the world. I am a dull but not unkindly vegetable.

Everybody in the Army…Oh, all right, then! Nearly everybody in the Army thinks a good deal about what they’d like to do after the war. Being, as you know, very slow on some things, I’ve just recently got around to that. It’s still kind of an idle game in which I’ve not yet involved myself very deeply, but I think maybe politics. I mean politics of an office-holding—or at least office-running-for-with-a-chance-of-getting-in—kind. What does Madam think? Would Madam speak to me when I was, say, a City Council member in Detroit, for instance, or a legislator in California? It would, of course, be best—or, in any event, would make me feel I was being a shrewder jobbie—if I picked whatever geographical spot seemed to offer the best pickings for an earnest left winger who was willing to spend a year or two digging in. There is always the chance that I may have forgotten all about this by the time you reply, but, on the other hand, things like this sometimes sneak up on me and stick, and this may be one of them. So it might be just as well for you to think it over some night when you’re having trouble getting to sleep and don’t want to wonder why Irene is sulking.

(But, remember, first thing, after the war, I am going to loaf—and I mean really loaf—not just idle around the way I used to—for quite a stretch, maybe with cameras in my hand, maybe not.)

Speaking of cameras reminds me that I haven’t yet had the censor OK a print of my new portrait so I can send it to you. I’ll try to get that done tomorrow. You should not be deprived of this gem any longer than necessary. It will make you count the silver.

With mountains of love,
SDH