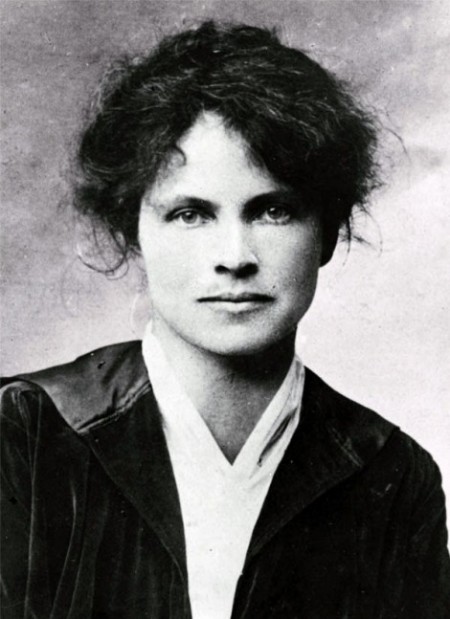 Here, Dorothy Canfield Fisher, author, education- and prison-reformer, and literacy advocate, writes to her childhood friend, poet Sarah Cleghorn. She relates her family’s desire to contribute more to the war effort, including her husband John Fisher’s application for a position in the American Ambulance Hospital Corps stationed in France. The family would eventually move to Paris, with John joining the Corps, Dorothy conducting relief work for veterans and refugees, and the children growing up in the city.

Let me get over at once the telling of news which I suppose you will think is bad…everybody else seems to think so. I don’t believe it will surprise you to know that John and I have been feeling more and more dissatisfied with what we were doing to help out in the war, and that we have about decided to do further. I don’t know yet exactly in what forms this will come. John has written to the American Ambulance Hospital Corps to see about the need for chauffers for ambulances, and I have written to Céline Sibut and Henry Baray about the need in their respective circles in France. The American Ambulance seems very glad of the application John put in (though of course this binds him to nothing, and he won’t go with them if there seems more need somewhere else) but we can’t hear from the French friends for a month yet. In the meantime everything is as indefinite as could well be…but I wanted you to know as soon as there was anything to know. Some of our vague plans are to this effect. If John goes to France this spring, I may go with him (leaving the children at Halcyon with John’s family) and see for myself what the conditions are over there, and if it would be possible to take the children over and settle somewhere near where John will be employed…you know of course that separation from John is about the desperate last resort in my mind, to be endured only if it cannot possibly be prevented. There are hundreds of thousands of French children who go on living in France of course, and Céline writes that life in Paris is about normal. But if I find the condition such that I think it would be dangerous for the children’s health…why, of course I’ll come back here and take care of them until John can return…This climate would be too severe to try and manage without him,  and if we are here, next winter, and John in France, I think I’ll probably go South somewhere; you could help with advice on that. But all this is too entirely vague to talk about. It may be that nothing will come of it at all…they may write from France that John can’t be of help there…that they have plenty of help…but I doubt this. We’ll see. In the meantime, though I face the future with unutterable apprehension, my heart is freed from the somber desolation which filled it when I wrote you last. As you say, now is the time to stick to our principles…and it has made me sick to hear such crowds and crowds of Americans all writing vociferously to the papers that the Allies are fighting the cause of civilization for us, which we stand off in safety and profit by their blood and suffering…and yet nobody has done anything! Even John and I who have felt so keenly that France was standing between our world and all that threatened its permanence, have done nothing but send money, we haven’t been willing to sacrifice our comfort and convenience…for that is practically all we are thinking of sacrificing now. There will be some danger of course, but not more than there always is in doing something worth doing…and it will be something always to remember, that John was able to help somewhat in healing some of the misery caused by the war. I too, if it turns out that I may take the children, may be able to help too.

Of course I needn’t tell you…I couldn’t, if I tried…what depths of prayerful and heart-sick meditation we have put on the question. Nor need I tell you, what the prospect of separation from the children (though I hope not for long…not more than five or six weeks I hope) nor perhaps, from John…means to me. I have spent many sleepless nights conquering the simple animal horror of the idea! But I didn’t think I’d have been proud of my parents if they had given up what they thought right to do, because it might not have been exactly so good for the time being for Jim and me…and I hope when our children grow up, they’ll feel that we did right. Anyhow, whether they do or not, I don’t see anything to do but go ahead and do it…or try to. I hope this won’t seem entirely insane to you…and yet I suppose it will. It seems to, to everybody else! Anyhow, I’m hoping for a word of comfort from you, and I love you very dearly and depend on you a great deal—your own