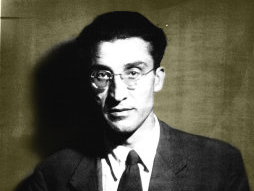 Cesare Pavese advises his friend and pupil Carlo Pinelli, an aspiring writer who came from an aristocratic family, on the merits of slang, the obsolescence of rhyme, and the importance of individuality.

So the lordly young gentleman has taken offence at finding himself described by one of those vulgar terms borrowed from popular idiom! Such language is bracing, uplifting to the spirit. Even babies are quick to learn slang as soon as they can say ‘Papa’, ‘Mamma’ and ‘no’. Apropos of this I’ll remind you of a bit of fun Monferini and I had last winter.

It struck us that many words in common use are prohibited in polite society, and that it’s fatally easy for anyone to fall into the trap now and then. So we had the idea of compiling a list of such improper terms and sticking it up wherever we could on walls where people could see them, street walls for preference, but also in classrooms, cafés, assembly halls and public conveniences so that everyone could see at a glance what was allowed and what was not. (Don’t you agree that a study of the common idiom ought to be included in any school curriculum? )

The stilted phraseology of your letter (basso profundo, with pedal) makes it obvious to the naked eye that you have no intention of taking my advice. Just as you’d say to your confessor ‘I won’t do it again’, so that his absolution would give you carte blanche to do something worse the next time.

In everything I tell you, I shall strive to be as little as possible a ‘literary critic’, though I think that is my real province.

To begin with, then, you have a characteristic ‘personality’. The whole atmosphere of your family is so dominating (not in any offensive way), that I myself, though an outsider and country-bred, almost succumbed to it. Yours is a charming home, and everything about it is well organised: kitchen routine and questions of education; religious observances and postal services; artistic pleasures and electrical installations. Individuality disappears in your family. I’ll bet even their sins are traditional.

I’ve always thought your family could produce intelligent Pinellis, even artistic ones if you like, but first and foremost they are Pinellis. Your brother Tullio is a clear instance of this, and you yourself have shown me that your family may well include half-wits, cretins, morons and swindlers, all free (as free as anyone can be nowadays) to follow their own way of life. In short, to do anything worth-while you should emerge as Carlo, not merely as a Pinelli.

A typical member of such a family derives from it only aristocratic manners, a lordly air and a dignified reserve. For the rest he is entirely absorbed in himself, cultivating an ‘artistic temperament’ that has nothing to do with culture. These ‘impressions’ you sent me have little or no real value. They are disjointed, ill-considered and slovenly, with no regard for the reader or anything else. Yet, partly because of this and partly because they are so intimate and revealing, they tell me a great deal.

Quite unconsciously you have shown me a truth that has cheered me considerably. When we discussed it, last winter, you were against all free verse, while I told you that, life being as it is now, a man can no more write in rhyme than he can go about wearing a wig and carrying a sword or even a dagger.

Now you yourself, writing without any pretension to literary style but simply to satisfy a whim of your own (and that’s the only way to be sincere and reflect the spirit of our own times), you never even thought of casting your ideas into metrical form. Instead, you have allowed your words to create a rhythm of their own. Remember, meter had every right to exist when poetry was sung to a musical accompaniment, but rhyme was never anything more than a specious device typical of decadence.

I don’t advise you to write poetry as yet, because some people consider it an incitement to corruption. But, in view of my own opinion, I tell you only to think of yourself and start working, do something, anything at all, any work you have the ability and the guts to tackle. Write what you like to me, but remember you should be reading widely and keeping me informed about the books you choose.

For a detailed biography and bibliography of Cesare Pavese, as well as a selection of his poems, visit his page at the Poetry Foundation here.

Read a review of Le Amiche, Michelangelo Antonioni’s 1955 film based on a novel by Pavese, here.