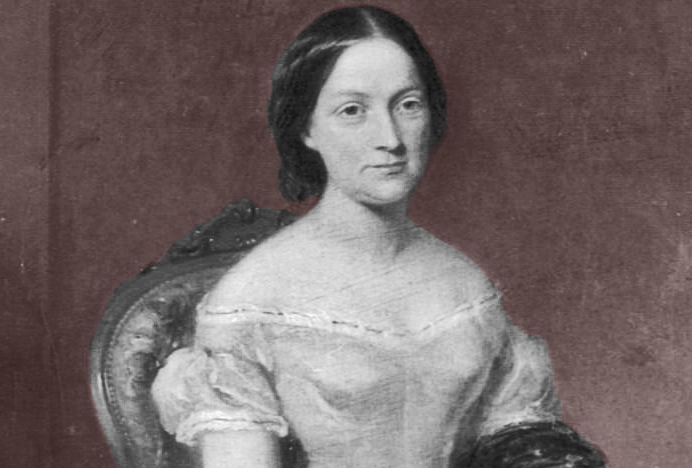 Here, Mary Shelley writes to Maria Gisborne, a friend of both Mary and her husband Percy Bysshe Shelley, about a dramatic incident involving a group of the Romantic poets in Pisa.

My dear Mrs. Gisborne—Not many days after I had written to you concerning the fate which ever pursues us at spring-tide, a circumstance happened which showed that we were not forgotten this year. Although, indeed, now that it is all over, I begin to fear that the King of Gods and men will not consider it a sufficiently heavy visitation, although for a time it threatened to be frightful enough. Two Sundays ago, Lord Byron, Shelley, Trelawny, Captain Hay, Count Gamba, and Taafe were returning from their usual evening ride, when, near the Porta della Piazza, they were passed by a soldier who galloped through the midst of them knocking up against Taafe. This nice little gentleman exclaimed, “Shall we endure this man’s insolence?” Lord Byron replied, “No! we will bring him to an account,” and Shelley (whose blood always boils at any insolence offered by a soldier) added, “As you please!” so they put spurs to their horses (i.e. all but Taafe, who remained quietly behind), followed and stopped the man, and, fancying that he was an officer, demanded his name and address, and gave their cards. The man who, I believe, was half drunk, replied only by all the oaths and abuse in which the Italian language is so rich. He ended by saying, “If I liked I could draw my sabre and cut you all to pieces, but as it is, I only arrest you,” and he called out to the guards at the gate arrestategli. Lord Byron laughed at this, and saying arrestateci pure, gave spurs to his horse and rode towards the gate, followed by the rest. Lord Byron and Gamba passed, but before the others could, the soldier got under the gateway, called on the guard to stop them, and drawing his sabre, began to cut at them. It happened that I and the Countess Guiccioli were in a carriage close behind and saw it all, and you may guess how frightened we were when we saw our cavaliers cut at, they being totally unarmed. Their only safety was, that the field of battle being so confined, they got close under the man, and were able to arrest his arm. Captain Hay was, however, wounded in his face, and Shelley thrown from his horse. I cannot tell you how it all ended, but after cutting and slashing a little, the man sheathed his sword and rode on, while the others got from their horses to assist poor Hay, who was faint from loss of blood. Lord Byron, when he had passed the gate, rode to his own house, got a sword-stick from one of his servants, and was returning to the gate, Lung’ Arno, when he met this man, who held out his hand saying, Siete contento? Lord Byron replied, “No! I must know your name, that I may require satisfaction of you.” The soldier said, Il mio nome è Masi, sono sargente maggiore, etc. etc. While they were talking, a servant of Lord Byron’s came and took hold of the bridle of the sergeant’s horse. Lord Byron ordered him to let it go, and immediately the man put his horse to a gallop, but, passing Casa Lanfranchi, one of Lord Byron’s servants thought that he had killed his master and was running away; determining that he should not go scot-free, he ran at him with a pitchfork and wounded him. The man rode on a few paces, cried out, Sono ammazzato, and fell, was carried to the hospital, the Misericordia bell ringing. We were all assembled at Casa Lanfranchi, nursing our wounded man, and poor Teresa, from the excess of her fright, was worse than any, when what was our consternation when we heard that the man’s wound was considered mortal! Luckily none but ourselves knew who had given the wound; it was said by the wise Pisani, to have been one of Lord Byron’s servants, set on by his padrone, and they pitched upon a poor fellow merely because aveva lo sguardo fiero, quanto un assassino. For some days Masi continued in great danger, but he is now recovering. As long as it was thought he would die, the Government did nothing; but now that he is nearly well, they have imprisoned two men, one of Lord Byron’s servants (the one with the sguardo fiero), and the other a servant of Teresa’s, who was behind our carriage, both perfectly innocent, but they have been kept in segreto these ten days, and God knows when they will be let out. What think you of this? Will it serve for our spring adventure? It is blown over now, it is true, but our fate has, in general, been in common with Dame Nature, and March winds and April showers have brought forth May flowers.

You have no notion what a ridiculous figure Taafe cut in all this—he kept far behind during the danger, but the next day he wished to take all the honour to himself, vowed that all Pisa talked of him alone, and coming to Lord Byron said, “My Lord, if you do not dare ride out to-day, I will alone.” But the next day he again changed, he was afraid of being turned out of Tuscany, or of being obliged to fight with one of the officers of the sergeant’s regiment, of neither of which things there was the slightest danger, so he wrote a declaration to the Governor to say that he had nothing to do with it; so embroiling himself with Lord Byron, he got between Scylla and Charybdis, from which he has not yet extricated himself; for ourselves, we do not fear any ulterior consequences.