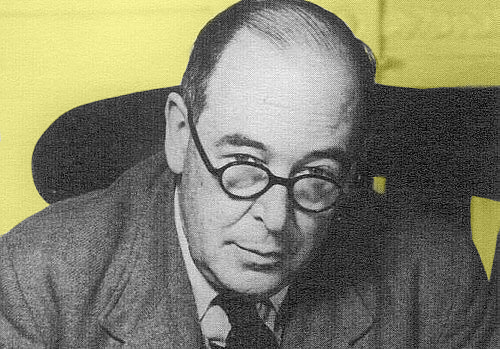 C. S. Lewis and Arthur Greeves first met as young boys, residents on the same Belfast street. From their childhood meeting until Lewis’s death in 1963, Greeves would prove the author’s single closest friend. Below, Lewis offers some friendly criticism of Greeve’s outline for a play. The play, “Trees,” would never see publication.

I was on the point of writing to find out where you were, when your letter arrived. Of course I am sorry that we shall not meet at Christmas, but I quite understand that after your long spell of home you are not eager to return.

About the play—of course I ought not really to speak without knowing more details of your new ideas than I do: but I cannot help thinking that the introduction of incest is a mistake. I think it is quite legitimate for a man to take incest as his main theme, if he is really interested in a tragedy of it or the various moral and psychological problems which it raises. And in that case I shd. regard any moral objection to his work as invalid.

But it is a very different thing for him simply to throw it in as the makeweight in a play whose real purpose and interest lie elsewhere. That, I like, might be legitimately objected to. At any rate it would irritate the best kind of spectator by diverting his attention from your real theme into the realm of mere pathology, and attract the wrong kind who will always find sexuality (specially abnormal sexuality) more interesting than anything else. Besides, you bring it in only to make things ‘more so’. Wasn’t it just that desire for the ‘more so’ which spoiled so many Elizabethan plays—piling horror on horror and death on death till the thing turns ridiculous? It’s quality not quantity that counts. If you can’t make tragedy out of the story as it was, you wont be any more able to do so by the help of the unnatural. I think, myself, the whole feeling about incest is very obscure—almost a savage taboo, and not really moral at all: that makes it, to me, rather external and superficial. Again, won’t force you to load your play with improbabilities & long explanatory dialogues? I don’t know if Gribbon is in your confidence about the play. If he is, you should discuss my view with him and try to reach a conclusion. The Banshee may be a good idea enough—it all depends, as you know, on the way it is introduced.

Minto and Maureen are well and send their love. I have had rather a nasty term with a cough wh. has kept me awake at nights and a good deal of work. I don’t know how Dymer is selling, if at all. One thing is most annoying: you remember that T.L.S. reviewer wrote a very kind letter, promising a good review. It has not yet appeared. No doubt it will in time, but it is too late now to give a lead to other papers— wh. wd. have been its chief value. I am learning Old Norse and thus beginning to read the original things I have dreamed of since before I really knew you. Dreams come true in unexpected ways.