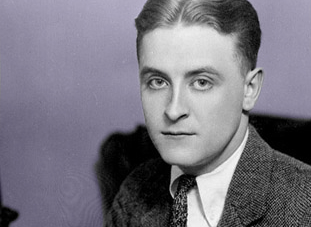 Ernest Hemingway and F. Scott Fitzgerald had a tense relationship, and nowhere is it showcased more clearly than in their exchange of bitingly sarcastic letters. When Hemingway sent Fitzgerald a draft of A Farewell to Arms, Fitzgerald sent it back with 10 pages of edits, to which Hemingway wrote back: “Kiss my ass.” Hemingway was rejected by the U.S. military for a bad eye during WWI, while Fitzgerald actually enlisted, yet Hemingway constantly referred to Fitzgerald as a coward and mocked his lack of ability as a soldier. After meeting in Paris in the 1920’s when Fitzgerald was visiting France, the two stayed in touch. One of their most frequent disagreements was on the subject of selling short stories to popular publications; Fitzgerald felt that it was nothing short of “whoring,” though both authors relied on this money at various points in their careers. In this letter, Fitzgerald applauds Hemingway’s decision to discontinue writing for Hearst.

Perkins sent me the check for 800 bits (as we westerners say), indicating, I hope, that you are now comfortably off in your own ascetic way. I am almost through my novel, got short and had to do three Post stories but as I am now their pet exhibit . . . .  to the tune of 32,000 bits per felony it didn’t take long to come to the surface.

(This tough talk is not really characteristic of me—it’s the influence of All the Sad Young men Without Women in Love.) Louis Golding stepped off the boat and said you and I were the hope of American Letters (if you can find them) but aside from that things look black, “old pard”—Brommy is sweeping the West, Edna Ferber is sweeping the East and Paul Rosenfeld is sweeping what’s left into a large ornate waste-basket, a gift which any Real man would like, to be published in November under the title, The Real Leisure Class, containing the work of one-story Balzacs and poets so thin-skinned as to be moved by everything to exactly the same degree of mild remarking.

Lately I’ve enjoyed Some People, Bismark (Ludwing’s), Him (in parts) and the Memoirs of Ludendorff. I have a new German war book, Die Krieg Against Krieg, which shows men who mislaid their faces in Picardy and Caucasus—you can imagine how I thumb it over, my mouth fairly slithering with fascination.

If you write anything in the line of an “athletic” story please try the Post or let me try them for you, or Reynolds. You were wise not to tie up with Hearst’s. They are absolute bitches who feed on contracts like cultures, if I may coin a new simile.

I’ve tasted no alcohol for a month but Xmas is coming.

Please write me at length about your adventures—I hear you were seen running through Portugal in used B.V.D.’s chewing ground glass and collecting material for a story about boule players; that you were publicity man for Lindbergh; that you have finished a novel a hundred thousand words long consisting entirely of the word “balls” used in new groupings; that you have been naturalized a Spaniard, dress always in a wine-skin with “zipper” vent and are engaged in bootlegging Spanish Fly between St. Sebastian and Biarritz where your agents sprinkle it on the floor of the Casino. I hope I have been misinformed but, alas!, it all has too true a ring. For your own good I should be back there, with both of us trying to be good fellows at a terrible rate. Just before you pass out next time think of me.

This is a wowsy country but France is [illegible] and I hope to spend March and April, or April and May, there and elsewhere on the continent.

How are you, physically and mentally? Do you sleep? “Now I Lay Me” was a fine story—you ought to write a companion piece, “Now I Lay Her.” Excuse my bawdiness but I’m oversexed and am having saltpeter put in my Pâté de Foie Gras au Truffles Provençal.

Please write news. My best to Pauline—Zelda’s also to you both. God will forgive everybody—even Robert McAlmon and Burton Roscoe.

The Best American Poetry blog recounts a characteristically bawdy incident in which Hemingway and Fitzgerald had a classic Parisian lunch and compared penis sizes.

A reflection on the Hemingway-Fitzgerald friendship and how it affected their literary achievements.