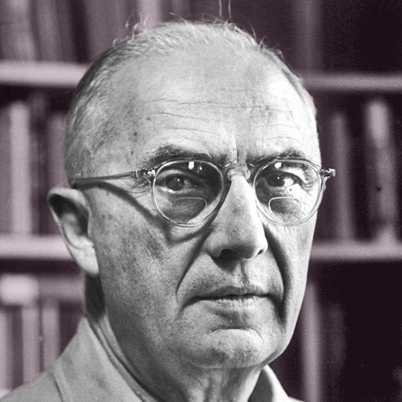 Here, William Carlos Williams writes to poet Denise Levertov about an exhibition of Leland Bell’s paintings that they had both seen. Williams also discusses the style and trajectory of Levertov’s poetry. He writes to Levertov in 1955, after the publication of her first book of poetry, and although he predicts “[her] sort of composition will never be popular,” she would go on to publish over twenty more books in the decades that followed.

Before writing you in reply to your last letter which was extremely interesting to me I have waited until I could go in and see the pictures of which you spoke. Yesterday I took in the show so that now I am able to speak to you about it. It’s a good show of which I’ll talk to you in a moment. Leland Bell is an artist in transition to important work. I can’t say that in this show he is uniformally successful but in what I take to be his later pieces he moved me to admiration with his bold use of primary colors. Very impressive. The pictures he painted even five years ago are grey by comparison and not interesting to me.

They are, all the paintings, figure pieces crowding the edges of the canvas. Single figures, all of them, except one which I think of as Adam & Eve, which by the way is one of the best. The style is very moving, his use of color and design, color in the design, shows him to have a lively sense of the value of light in a picture.

That is a primary feature of all good painting, as he is showing himself more and more in his work to appreciate. The light is being permitted more and more to penetrate his vision and that presages well for him. His use of pure color, when he permits himself that privilege shows him to be a man who is emerging himself into the light of self confidence. More power to him for he has both intelligence (otherwise he would have given up long since) and emotional power.

He has to go on painting, he is only beginning to emerge from the chrysalis of uncertainty and lack of self confidence. But with these paintings, the best of them, he is just coming into his proper field and promises to make important advances. He has to give himself more room on the canvas, he has to stand more back from it and take it more confidently, he has to dare to consider a wider field—as he does in the seated figure of a man with his elbows on his knees, which is one of his best. I think but who am I? that he should paint bigger canvases—not painted so close to the eye. I’d like to meet him and his wife sometime when we come back from the coast.

You never wrote me so long a letter, so full of the small details of your life. It is characteristic of you that it took an interest in a fellow creature, an artist, to bring the best out of you. But the luminous simplicity of your style comes over from your poetry into your letters and makes you very close to me.

The poems you include in your letter have the same singleness of perception that has moved me from the first. The MERRITT PARKWAY one is particularly moving but it shows me more than ever what you are up against because that sort of composition will never be popular—even among artists. You face a hell of a future but I know you’ll never change your attack. I just fear that you will become discouraged from the lack of appreciation you get—until some day, when deeply moved, you’ll burst out with something which it will be worth witnessing. I hope I’ll still be around, because you may need friends. Meanwhile you’ll write many good poems. Work on the rhythmical organization of the poems which is not always clear, or as clear as it could be.

Love from us both. Bill