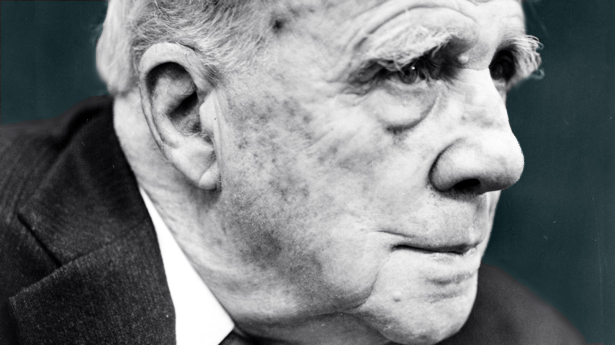 Below, Robert Frost writes to Louis Untermeyer regarding their mutual friend, Amy Lowell, and the numerous factual errors attending her treatment of Frost in Lowell’s Tendencies in Modern American Poetry. “I really like least her mistake about Elinor,” Frost writes. “That’s an unpardonable attempt to do her as the conventional helpmeet of genius.”

Do you want to be the repository of one or two facts that Amy [Tendencies in Modern American Poetry] leaves out of account?

For twenty-five out of the first forty years of my life I lived in San Francisco, Lawrence, Mass., Boston, Cambridge, Mass., New York and Beaconsfield, a suburb of London.

For seven I lived in the village of Salem, Derry and Plymouth, New Hampshire.

For eight I lived on a farm at Derry though part of that time I was teaching in the Academy there.

I began to read to myself at thirteen. Before that time I had been a poor scholar and had staid [sic] out of school all I could. At about that time I began to take first places in my class.

With Elinor I shared the valedictory honor when I graduated from the High School at Lawrence, Mass.

I was among the first men at Amy’s brother’s old college during my two years there, winning a Detur and a considerable scholarship. In those days I used to suspect I was on as more or less of a grind—though as a matter of fact I was always rather athletic. I ran well. I played on town school ball teams and on the High School football team. I had my share of fights, the last a rather public one in Lawrence in 1896 that cost me the humiliation of going into court and a ten dollar fine.

It is not fair to farmers to make me out a very good or laborious farmer. I have known hard times, but no special shovel-slavery. I dreamed my way through all sorts of fortunes without any realizing sense of what I was enduring. You should have seen me, I wish I could have seen myself, when I was working in the Arlington Mills at Lawrence, working in the shoe shop in Salem N. H., tramping and beating my way on trains down South, reporting on a Lawrence paper, promoting for a Shakespearean reader (whom I abandoned because, after trying him on a distinguished audience I got him in Boston, I decided he wasn’t truly great!) Nothing seemed to come within a row of apple trees of where I really lived. I was so far from being discouraged by my failure to get anywhere that I only dimly realized that anyone else was discouraged by it. This is where the countryman came in: I would work at almost anything rather well for a while, but every once in so often I had to run off for a walk in the woods or for a term’s teaching in a lonely district school or a summer’s work haying or picking fruit on a farm or cutting heels in a shed by the woods in Salem. Gee Whiz, I should say I was just the most everyday sort of person except for the way I didn’t mind looking unambitious as much as you would mind, for example. Of course it’s no credit to me. I knew what I was about well enough and was pretty sure where I would come out.

Amy is welcome to make me out anything she pleases. I have decided I like her and, since she likes me, anything she says will do so long as it is entertaining. She has been trying to lay at my door all the little slips she has made in the paper on me. She gets it all wrong about me and Gibson and Abercrombie for example. I knew neither of those fellows till North of Boston was all written. All I wrote in the neighborhood of those two was part of Mountain Interval. I doubt if she is right in making me so grim, not to say morbid. I may not be funny enough for Life or Punch, but I have sense of humor enough, I must believe, to laugh when the joke is one me as it is in some of this book of Amy’s.

I really like least her mistake about Elinor. That’s an unpardonable attempt to do her as the conventional helpmeet of genius. Elinor has never been of any earthly use to me. She hasn’t cared whether I went to school or worked or earned anything. She has resisted every inch of the way my efforts to get money. She is not too sure that she cares about my reputation. She wouldn’t lift a hand or have me lift a hand to increase my reputation or even save it.  And this isn’t all from devotion to my art at its highest. She seems to have the same weakness I have for a life that goes rather poetically; only I should say she is worse than I. It isn’t what might be expected to come from such a life—poetry that she is after. And it isn’t that she doesn’t think I am a good poet either. She always knew I was a good poet, but that was between her and me, and there I think she would have liked it if it had remained at least until we were dead. I don’t know that I can make you understand the kind of person. Catch her getting any satisfaction out of what her housekeeping may have done to feed a poet! Rats! She hates housekeeping. She has worked because the work has piled on top of her. But she hasn’t pretend to like house-work, even for my sake. If she has liked anything it has been what I may call living it on the high. She’s especially wary of honors that derogate from the poetic life she fancies us living. What a cheap common unindividualized picture Amy makes of her. But, as I say, never mind, Amy means well and perhaps you will come to our rescue without coming in conflict with Amy or contradicting her to her face.

I wish for a joke I could do myself, shifting the trees entirely from the Yankee realist to the Scotch symbolist.

Burn this if you think you ought for my protection.

For the section of Lowell’s Tendencies that discusses Frost, click here.

For the text of “The Bond,” a one-act play co-written by Frost and Lowell, click here.