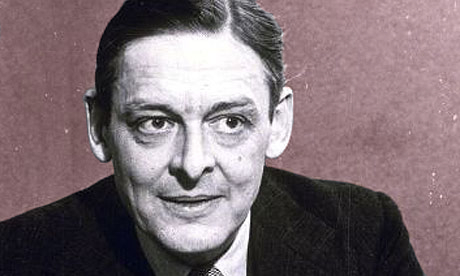 T.S. Eliot lived in Missouri, St. Louis, Boston, and Paris before moving to England in 1914, where he quickly befriended Ezra Pound. Pound admired Eliot’s work, and helped him publish several pieces in various magazines. Partway through October of 1922, Eliot’s journal, The Criterion, made its debut.  Less than a month later, he was full of complaints about the other writers working with him. In this animated letter, Eliot gossips about everyone from Katherine Mansfield to Nobel laureate Charles Sherrington, and tells Pound that he does not know any women (or many men…) whose work is worth publishing.

In answer to your question: yes, of course, I have a contract for three years, prepared for me by an able solicitor, as binding and clear as possible, and OF COURSE I know that a contract would be no damb use if she wanted to chuck the paper or give it to someone else. Even with the contract the TITLE, which we presented, belongs to her, and the title is the paper.

So far the point is not the number of lunatics whom she wants included. She objects (I) to the whole getup and printing of the paper without specifying anything good about it, and I have with difficulty persuaded the publisher not to throw it all up at once; which would mean the trouble for me of getting another publisher if possible, lot of trouble, and she would probably insult him too (this is in STRICT confidence); also her only comment on the contents is that it is Dull and that Saintsbury is bad.

I am not running the paper for Binyon any more than for K. Mansfield. Of course I don’t mind printing a story by K. Mansfield, though I prefer Binyon and have no use for either. I will however suggest to Lady R. that she should secure a story from K. Mansfield. I myself should much prefer to have something from Murry; he is at least in every way preferable to his wife. The latter is not by any means the most intelligent woman Lady R. has ever met. She is simply one of the most persistent and thickskinned toadies and one of the vulgarest women Lady R. has ever met and is also a sentimental crank.

I notice that the Criterion is generally reckoned as a source of income when Bel Esprit income is calculated, but is useless and hopeless on other occasions. I am not entitled to want more than £300 stipend, but am expected to edit a review for which there is no need or use and to write articles for the Times which are also of no use and furthermore are said to damage my brain. My dear Ezra, I don’t want to write articles for the Times or for anything else, I don’t want to write articles at all, I don’t want to write, no sensible man does who wants to write verse. But I don’t see how I am supposed to be self supporting in five years except by an enormous output of useless articles, literary rubbish etc. instead of the small number of which I have hitherto supplemented my income. It is preferable to run a review and be paid for letting other people write than to write oneself, but if the situation for a review is as hopeless as you make it out I don’t see any reason for bothering about that either. (I thought you said it “might become a property”).

Of course I do not see England exactly as you do, it comes largely from having spent so much of my time among commercial people and not mixing with literary people as you have done; it also comes from a belief that nothing matters about a country except being let alone, climate, chemists, and the character of the lower classes: of course England is deficient in some of these qualities.

My own idea is that the way to make a review is to make it as unliterary as possible: there are only half a dozen men of letters (and no women) worth printing, better get good people from other occupations who at least write about something they know something about. (This is NOT for publication to Lady R. or anyone else.) I want Sir J. Frazer, Trotter, Eddington, Sherrington or people like that. Also historians if they can write. (Hence Whibley on Bolingbroke).

Unless I can edit a paper that pays, or else that is so “important” in some way or other that rich ignoramuses will feel that they MUST subsidise it, I don’t see how I can ever earn more than £150 per year maximum.

Lady R. is (so far as I can make out her address) at La Prieuré, Avon, Fontainebleau. Only thing is to congratulate her on the review as if ignorant of what I have told you, to counteract influence of K. M. who has presumably told that it is bad.

From The Letters of T.S. Eliot. Edited by Valerie Eliot and Hugh Haughton. Yale University Press, 2011.

Ezra Pound wrote a review of T. S. Eliot’s Prufrock and Other Observations in the August 1917 issue of Poetry magazine. You can read it in their archives.

The New York Times published a review of A. David Moody’s biography of Pound, in which reviewer Charles McGrath refers to Eliot and Pound as “the ‘Odd Couple’ of 20th-century poetry.” Take a look here.