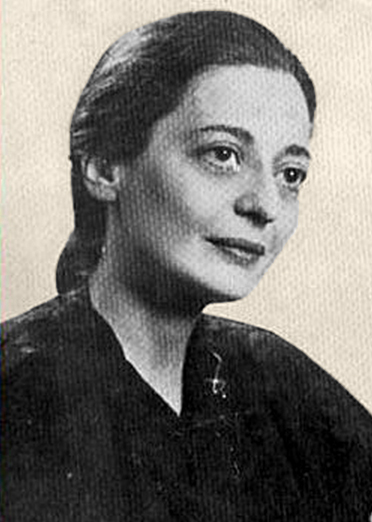 Here, Joy Davidman writes to her husband, author William Lindsay Gresham, several months before the two would divorce. Gresham was living in the United States at the time, and had become involved with Davidman’s cousin. Their marriage was tumultuous, complicated by financial difficulties, as well as Gresham’s alcoholism, infidelity, and violent outbursts. Although their marriage was ending, their problems are largely absent from the letter, which focuses on the particulars of Davidman’s life in Hampstead, England. Davidman later married C.S. Lewis.

Your check for $35 came today. From what you tell me I can see that you’re doing everything you can—I’m particularly glad you thought of Jim Putnam; he ought to have some ideas—and I wouldn’t really know what to suggest in addition, except perhaps Jack Danby and those lads we met at Carl Carmer’s. (By the way, you still haven’t sent me my copy of Monster Midway.) We are tightening our belts here as well as we can—peanut-butter sandwiches for lunch—and making up for it at our other meals, which are provided by the house. I’ve got the school to let me off some of the things called for in its inventory, such as overcoats, which I hadn’t bought yet. If it gets no colder than it is now the boys will be all right.

Our Christmas wasn’t bad at all; the hotel really went to town with decorations and a bang-up Christmas dinner—the works. Umpteen courses, turkey and ham and sausages and two kinds of stuffing and three kinds of potatoes and cranberries, the inevitable Brussels sprouts, plum pudding and trifle—also sherry and claret and port, whee! All this for a mere ten bob extra. Mickey (the lady upstairs, who lost her only baby some years ago and adores children) bought the boys books; I got ‘em Davy’s coveted chess set, vivarium, and lizard, and Doug an assortment of toys culminating in a snazzy tool set. Fortunately Jack had tipped them each a pound (what a nice old English custom that is, tipping schoolboys) so we could spread ourselves a bit. The lizard is a brown, green wall lizard with a long tail, named Bill—not after you but after Bill the Lizard in Alice. I feed him mealworms, but I haven’t seen him eat any.

Last night at the pub Arthur Clarke turned up with Dr. Marie Stopes the birth-control lady—gosh, I thought she was dead, and she more or less looked it; a weird old girl nearing seventy with dyed straggly hair and strong opinions. He was trying to lure her into his Interplanetary Society. The new project—sounds quite imminent—is a radar or radio-controlled unmanned rocket to make a swoop round the moon. Arthur is now off on a diving expedition in thee English Channel—seems he shares your passion for diving. He’ll be in America again in a month; you might meet him at the Hydra Club and talk about it.

I got talking with Bill Temple and another guy, and what do you suppose they were gnashing their teeth about? The awfulness of being a married writer with wives and kids who don’t understand that Daddy’s writing is important! They work in offices during the week and do their writing on weekends; it’s the passion of their lives—but apparently the wives just think it a waste of time and effort. Yet Bill Temple has had considerable success at it; did the book Four-Sided Triangle, which has been made into a film over here. It’s about two scientists in love with the same girl; she loves and marries one of them, then they have the bright idea of duplicating her by a gimmick they’ve invented so each of them can have one—only to find that the duplicate, of course, is in love with the same one the original is! Anyhow, Bill T. was showing in considerable bewilderment an American ad for the film which ran “He created this beautiful woman to gratify his strange lust of passion!” What he, inquired plaintively, did Americans mean by a lust for passion? I told him it didn’t have to mean anything; lust and passion are both exciting words, and by adding “strange” they touched it up with a spicy hint of perversion—there’ll always be an ad man.

I like that pub—never have to buy myself a drink. There’s a nice one right near too, very much Greenwich Village—Hampstead would seem familiar to you, except that where the village has the tough Italian boys we just have nice quiet Bengalis, and an occasional Sikh. The boys have got quite blasé already about the pretty creatures in saris who live all up and down the street and keep rushing out after their toddlers. Funny, the men all wear completely Western outfits, except for the Sikh turbans; but none of the women will. Ah well, time to get back to sewing name-tapes on boy clothes. Good luck. I hope the book picks up; it might be a slow-but-steady seller, after all.

From Out of My Bone: The Letters of Joy Davidman. Davidman, Joy, and Don W. King. Grand Rapids, Mich.: William B. Eerdmans Pub., 2009.