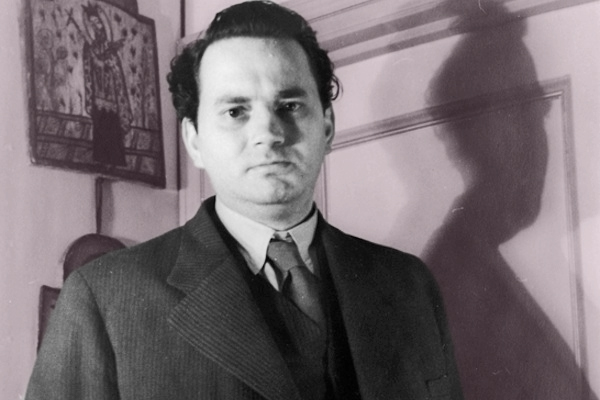 Replying to a fatherly letter from J. G. Stikeleather, an Asheville businessman who thought his books “too hard on your family and not just to Asheville,” Thomas Wolfe describes an author’s need for fame and forgetfulness, and attempts to explain the difference between what makes a man read a book and what makes him write one.

I want to thank you for the spirit of friendship and kindness which prompted you to write me as you did, and to assure you that I am sincerely grateful for your letter. I should also like to tell you that I know I have made mistakes in the past, that I have said and written some things which I now regret, but I should like you to believe that a great many of these things were due to the inexperience, the intemperance, and the oversensitivity of youth rather than to a desire to hurt and wound people that I have known all my life. May I not tell you also that I have in my heart not one atom of bitterness or resentment towards the town and the people from which I came and which, I think, I shall always be proud and happy to acknowledge as my own.

Mr. Stikeleather, may I give you one little illustration of what I think may have happened between myself and the people in Asheville? Have you ever tried to pass a man in the street and the moment you stepped to the right to go around him he would also step that way, when you step to the left, he would follow you, and so the thing would continue until it became funny and you both stood still and looked at each other and yet all the time all you were trying to do was to be friendly to each other and to give the other fellow a free passage? Or, better still, have you ever met some one that you knew you liked and you were pretty sure he felt the way about you and yet, figuratively speaking, you “got off on the the wrong foot” with each other? Now I think that something of this sort may have happened between Asheville and myself. When I wrote “Look Homeward, Angel” several years ago, I can honestly assure you I had no notion that the book would arouse the kind of comment and response and cause the kind of misunderstanding in my home town that it did do. I should like you to believe that I, myself, was just about the most surprised person in the world when I finally understood the kind of effect my book was having in Asheville.

I cannot go back to “Look Homeward, Angel” now nor tell you what I felt about that book or what my purpose and intentions were in writing it or how I feel about it. In fact, although this statement may surprise you, I no longer have a very clear memory or idea of what was in “Look Homeward, Angel” nor do I know exactly what I said there or what the total content of the book may be. The reason for this is pretty simple, and yet it is awfully hard to explain. It is hard to explain because the thing that makes a man write a book and the thing that makes him read a book are two such different things that it is really like the North Pole pointing toward the South. If this sounds too involved or complicated, what I am trying to say to you is that a reader reads a book in order to remember it and a writer writes a book in order to forget it. For that reason a writer, after he has got the whole thing off his chest, wants to forget it utterly, and yet he wants fame, too. He wants people to read his book, to like his book, to admire his talent as a writer. This is the thing he writes and sweats for, and yet when he meets people, and they tell him they have read his book and praise him for it or say that they have not read his book and apologize for it, he has a terrible feeling of embarrassment and constraint and wishes that they would just say nothing about it and does not know what to say himself.

It’s a strange situation, isn’t it? It seems very complicated and difficult, and yet it is quite simple at the bottom, and I know that a man of your experience with understand it. I suppose it boils downs to this: you want to be a famous man and a great writer, and yet you want to lead an obscure, simple, and plain kind of life like other men. I have told you all these things just to indicate—I can’t do anything more but indicate them because if I ever started explaining the whole thing, I could go on until tomorrow morning—but just to indicate the kind of difficulty that arises when a man tries to tell how he felt when he wrote a book, not when a man tells how he felt when he read one.

Now, having said all this, I would like plainly and frankly to admit something—something which I have already mentioned. I do think that, as you say, there may have been something of the bitterness and intolerance and hot temper of youth in “Look Homeward, Angel.” And yet may I say to you—it is pretty difficult to say this because no man likes to be put in a position where he must seem to defend his own book or to point to the praise and success which it may have had—may I say to you that although the youthfulness and a certain intemperance in the book was recognized by critics elsewhere, these imperfections were on the whole considered only incidental to a book which was read, I assure you, not as a savage and vitriolic attack upon the citizens of Asheville, North Carolina, but as a young man’s vision of his childhood and his youth and the world from which he came—a world which in its general humanity could have been as true of Peoria or Spokane or Berlin or any place as it was of Asheville. Anyway, Asheville and I got off on the wrong foot with each other because of that book. I think there may have been some bitterness in it but not as much bitterness as Asheville thought there was, and as for this last book, which is also finished, over, published, and out of my system as the first one was, I think I can really assure you that no matter what its many faults and imperfections may be, so far as Asheville is concerned, there is no bitterness at all.

I just ask you to believe this, and if you cannot believe it, I would hope that you have time to go back to the book and examine it for yourself. This is all I can write you at present, and I know you will understand I am writing this out of my heart because you and I come from the same town, the same people, and because I want to answer your kind and friendly letter in a way that will, I hope, bring about a better understanding between the people of my native town and myself.

I am certainly coming home to see you all some day. I don’t know when that will be. I have much work to do, many things to learn and to experience, but when I do come home, I hope you will all understand that I am a man who, whatever errors he may have made, has tried to grow and learn and increase in strength and wisdom and humanity, and who would have grown beyond malice and resentment in the end. Certainly I hope the last is now true and that all of you will come, in time, to understand it and believe it.

Meanwhile with all my best and friendliest wishes, and with thanks again for your good letter…

For an unsettling article on the causes of Wolfe’s untimely death, click here

Coincidentally, a note about Wolfe’s elegiac influences are featured in today’s “Today In Literature”