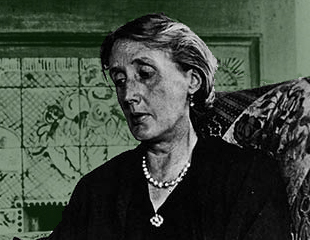 In 1920, novelist Arnold Bennett published a collection of essays entitled Our Women, arguing that men were cognitively and creatively superior to women. Bennett’s book, together with Orlo Williams’ The Good Englishwoman, were reviewed favorably by New Statesman columnist ‘Affable Hawk.’ Below, Virginia Woolf writes to the editors of the New Statesman, criticizing Bennett, Williams, and their pseudonymous reviewer—who, in fact, was Woolf’s close friend, Desmond MacCarthy.

TO THE EDITOR, THE NEW STATESMAN

Like most women, I am unable to face the depression and the loss of self-respect which Mr Arnold Bennett’s blame and Mr Orlo Williams’ praise—if it is not the other way about—would certainly cause me if I read their books in the bulk. I taste them, in sips at the hands of reviewers. But I cannot swallow the teaspoonful administered in your columns last week by Affable Hawk. The fact that women are inferior to men in intellectual power, he says, ‘stares him in the face.’ He goes on to agree with Mr Bennett’s conclusion that ‘no amount of education and liberty of action will sensibly alter it.’

How, then, does Affable Hawk account for the fact which stares me, and I should have thought any other impartial observer, in the face, that the seventeenth century produced more remarkable women than the sixteenth, the eighteenth than the seventeenth, and the nineteenth than all three put together? When I compare the Duchess of Newcastle with Jane Austen, the matchless Orinda with Emily Brontë, Jane Grey with Jane Harrison, the advance in intellectual power seems to me not only sensible but immense; the comparison with men not in the least one that inclines me to suicide; and the effects of education and liberty scarcely to be overrated. In short, though pessimism about the other sex is always delightful and invigorating, it seems a little sanguine of Mr Bennett and Affable Hawk to indulge in it with such certainty on the evidence before them. Thus, though women have every reason to hope that the intellect of the male sex is steadily diminishing, it would be unwise, until they have more evidence than the great war and the great peace supply, to announce it as a fact.

In conclusion, if Affable Hawk sincerely wishes to discover a great poetess, why does he let himself be fobbed off with a possible authoress of the Odyssey? Naturally, I cannot claim to know Greek as Mr Bennett and Affable Hawk know it, but I have often been told that Sappho was a woman, and that Plato and Aristotle placed her with Homer and Archilocus among the greatest of their poets. That Mr. Bennett can name fifty of the male sex who are indisputably her superiors is therefore a welcome surprise, and if he will publish their names I will promise, as an act of that submission which is so dear to my sex, not only to buy their works but, so far as my faculties allow, to learn them by heart.

For Affable Hawk’s original review, click here.
For Affable Hawk’s response to Woolf’s letter, in which he defends his review, click here. (After a further round of sallies, ‘Hawk’ reportedly conceded: “If the freedom and education of women is impeded by the expression of my views, I shall argue no more.”)
For a short story written by Woolf, partly inspired by Affable Hawk’s review, in which a group of women take a vow of chastity in order to further their quest for knowledge, click here.
<!--<div class="suggested">
Fatal error: Call to undefined function MRP_show_related_posts() in /home/customer/www/theamericanreader.com/public_html/wp-content/themes/reader/base-single.php on line 54