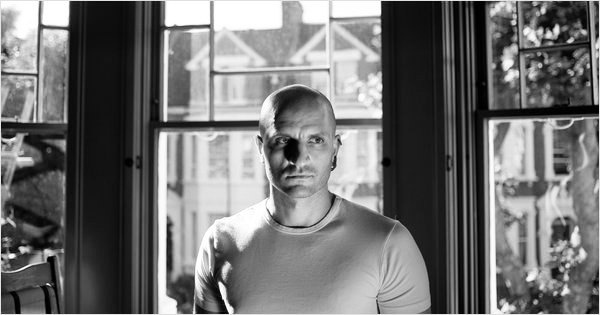 China Miéville gave a speech at the 2012 Edinburgh World Writers’ Conference. It is on the subject of the “future of the novel.”

Speeches, by nature, tend to vacillate between palliative and provocation, vibrations summed into spaces void of argument. Please refer to any and all USA campaign propaganda. Please especially refer to the Beckettian delight of Clint Eastwood addressing an empty chair:

In reading Mr. Miéville’s speech, one begins to feel the presence of an empty chair. But this emptiness expresses a deficit of imaginative impulse, rather than a patent absurdity (in the case of Mr. Eastwood).

To be sure, it would be unattractive to argue with Miéville’s cheeky survey of the current literature. The “dead hand of modernism” caressing the face of our culture, remorselessly prioritizing “recognition over estrangement,” is an image worth sharing. Miéville’s thoughts on and approaches to genre remain as robust and exciting as they’ve ever been.

In fact, Miéville’s paeans to the new and open world of text are initially invigorating. The populist remix culture to which he extends the novel’s future has already demonstrated its fertility. And his willingness to relinquish old sources of writerly revenue is absolutely refreshing.

But his performance as futurist is unconvincing. The emptiness on display here is the fruit of unfinished speculation. This failure lies in his simultaneous dismissal of new media and his entrenchment in traditional narrative. E-books with accompanying intermedia are “banal” (hypertext is merely “interesting”), and there is a subtle nod to narrative arc’s “tenacity.” This is subsequently, and bizarrely, capped with a call to salary writers as if they were government employees. It’s as if, after all that exciting talk, Miéville decided to drop trou and trumpet his hoary Marxism to the world. Ta da!

This is not to say the future lies in animated e-books and committed capitalism. There just must be a better solution than institutional custody, which most often leads to cultish marginalization and artistic stagnation. For all his writing of speculative fiction, Miéville fails to follow his impulses towards the imagination of new forms and structures. This is not surprising. A writer addressing other writers at a writers’ conference cannot be expected to escape the implicit feedback loop of that performance.