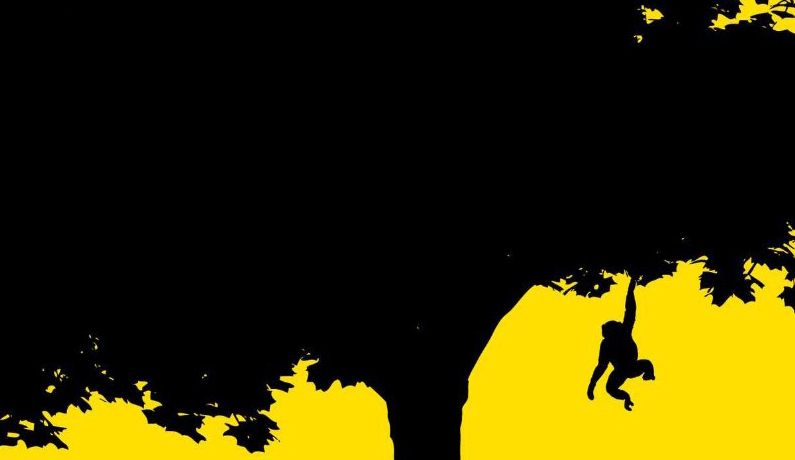 On a homeward bound bus from New York City, I periodically put down her newest book, We Are All Completely Beside Ourselves, in order to compose myself. My nose ran. I warped and mottled the pages with my tears. I made an undignified, involuntary huh huh sound until the passenger in front of me turned around and wedged his face between seat and window to see exactly what was wrong. As I finished the novel that night, I took reluctant breaks from the final pages to be comforted by my girlfriend, wanting to propel myself straight through to the end but unable to do so without being held. In between all of this pathos, I also gasped and chewed on my fingers, spoke out loud without realizing it, and, at least once, discovered that my mouth was ajar in a perfect O and had been so for quite some time. I didn’t just read this book, I was occupied by it.

Fowler’s work is always affecting, but We Are All Completely Beside Ourselves is a masterpiece—the best work of fiction I’ve read in years. Its explorations of identity, family, grief, the minefield of scientific ethics, and the nature of storytelling are in turn funny and strange, clever and dark, probing and heartbreaking. In The New York Times, Barbara Kingsolver called Fowler “a trustworthy guide through many complex territories,” and she is not wrong. Fowler’s luminous prose, provocative philosophies, and attention to the psychology, lives, and experiences of women are reminiscent of the work of some of our finest living writers: Michelle Huneven, Jane Smiley, Joyce Carol Oates, Andrea Barrett. I would follow her mind and voice anywhere she wished to take me.

Karen Joy Fowler is the award-winning author of six novels and three collections of short fiction, including the New York Times bestseller The Jane Austen Book Club. She is also the president of the Clarion Foundation, which runs the Clarion Science Fiction & Fantasy Writers’ Workshop.

Carmen Maria Machado: Your fiction tends to move between (for lack of a better word) genres. What do you find so compelling about the borderlands between fantasy, realism, historical fiction, and science fiction?

Karen Joy Fowler: I think I like places where the rules are still visible, but need not apply. I get a lot of energy from having conventions I can push against.

And I’ve long felt that reality is so strange that realism really isn’t up to the task of adequately presenting it. The world is a whole lot more horrible than I imagined as a child. But it is also considerably funnier. I try to make do with that.

I always say that I write history as it might have been reported in the National Enquirer. And I guess I’m more interested in the fact that someone believes he’s been abducted by aliens than I am in exploring actual alien plots and connivings. An interest in the abductees as opposed to the aliens seems to me to be a borderland concern.

CMM: “The Pelican Bar,” your chilling story about a rebellious teenager sent away to an island juvenile correctional facility where she is tortured and held against her will, won the World Fantasy Award in 2010. But those centers—part of the growing, private “Troubled Teen Industry”—their victims, and their abuses are all too real. What drew you to this story? Do you consider the story to be fantasy?

KJF: Yes, that story is more rooted in research and realism than I would wish. The story came from two places—a friend of mine had a niece put into one of these facilities in just the way my story describes, on the day after her birthday. I began looking at the WWASP [ed: World Wide Association Of Specialty Programs and Schools] and its programs because of this personal connection. But the story really fell into place when I saw something online about Guantanamo.  A commenter wrote that we shouldn’t be surprised by our willingness to incarcerate and torture foreigners since we’d proved willing to do the same to our own children.

I do believe in the aliens I made up, the ones who run the facility in my story, and I have a very ugly reason for saying that. Nothing done to my protagonist is sexual in any way. If humans were in charge, there would be, in one form or another, a sexual tone to some of the abuse.

CMM: Your New York Times bestselling novel The Jane Austen Book Club was made into a movie in 2007. What was it like having your work adapted to the big screen?

KJF: It was trippy. I had little involvement, but watched from the sidelines. The resulting movie is, in my opinion, clever and delightful. I see in it many things my book contributed, but I don’t feel that it is my book on the screen. Probably any author would say the same? The characters are particularly altered as is the experience of reading Austen, about which the screenwriter/director had her own ideas and more power to her. Robin Swicord is a smart, creative, and lovely woman. But now half the quotes attributed to me on Goodreads are actually hers. I sometimes wonder if she finds that annoying. I confess that sometimes I do.

CMM: We Are All Completely Beside Ourselves is about (among other things) the crueler, colder side of science, and its human complications. What kind of responsibilities do you believe science has toward its subjects in the pursuit of truth and knowledge?

KJF: The whole issue of animal testing for medical purposes is a very difficult one and one that I hope might someday be rendered moot through advances in technology and computer modeling and tailored treatments. For other purposes, in order, say, to understand the way a non-human brain works, much of the research has that we-had-to-bomb-the-village-to-save-it vibe. And I would hope we can all agree that the use of animals in cosmetic or car crash testing is indefensible. I do believe that scientists bear the responsibility of any suffering they cause and that knowledge alone is not a sufficient motivation. And I think the impact on the scientists themselves is a profound and troubling one.

But mostly I believe that we shouldn’t do things we are unable to look at. This applies to the way we treat the animals in the entertainment and food industries, the way we run our prisons, the way we conduct our wars. Currently we have turned this willful blindness to the climate crisis and I fear the consequences will be worse for it.

CMM: [Those who have not read Fowler’s newest novel may wish to skip this next question, which contains a spoiler.] In We Are All Completely Beside Ourselves, you make an interesting choice to withhold the true identity of the protagonist’s sister, Fern, until a third of the way through the novel. (Rosemary even says, after the reveal, “Some of you will have figured that out already. Others may feel it was irritatingly coy of me to have withheld Fern’s essential simian-ness for so long.”) Why did you make that decision?

KJF: Lowell, Rosemary’s activist brother, criticizes his father’s research because it begins in an assumption of difference. The very care we take not to anthropomorphize is not a neutral position, but has implications for results, as Fern has to prove herself every step of the way in a sort of rigged game. I wanted to do the opposite—to begin from an assumption of similarity. As Lowell says, it felt more Darwinian to me to do so. And less rude.

CMM: The titular story of [your collection] What I Didn’t See, which is about the haunting humanity of primates, includes the line “‘All of us, completely beside ourselves.’” Its resemblance to the title of your most recent novel is striking, especially given that they explore similar themes set in different parts of history. What is the relationship between that story and We Are All Completely Beside Ourselves?

KJF: I had forgotten using those exact words although the story is clearly a forerunner to We Are All Completely Beside Ourselves. They’re both based on actual events in the checkered history of human/non-human animal relationships and, as you said, exactly what it means to be a primate. I think of that story as a sort of primate study where the subjects are my small troop of humans.

CMM: You’re on the Clarion Science Fiction & Fantasy Writers’ Workshop’s board of directors. Why do you think Clarion, and programs like it, are important to writers?

KJF: I didn’t go through Clarion as a student so I only see the impact I never experienced, but from my vantage point, the effect appears to be profound. I think a lot of Clarion’s usefulness is in how it was originally and very cleverly designed—that it’s a small group, that the workshop lasts six weeks, that new instructors are always arriving, that the students are so thoroughly immersed for such a long time in creating and critiquing. I can’t say exactly how it happens—it’s magic!— but I have seen people’s work take amazing leaps and flights. The most common response I get from students afterwards is that it was life changing. Which maybe it was and maybe it wasn’t—lives can be hard to change and one should be a bit cautious in doing so. But I am satisfied that it felt life changing. I only wish we could take more students. Every year we turn away some amazing writers.

CMM: What are you reading nowadays?

CMM: What’s next for you?

KJF: Travel and more travel. I can’t see when I will get to write again.