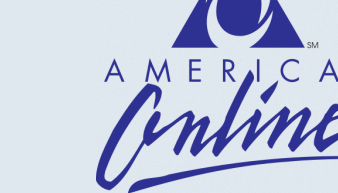 If you comb through the Google Internet Cache—the Roman ruins of the 21st Century— you might stumble across long-abandoned GeoCities pages, lost Usenet postings, and other defunct websites. Over a decade after they were first created, some of your co-workers’ instant-message handles probably still channel the zeitgeist of junior high school. Dig into that forgotten desk drawer and you’ll find dozens of America Online CD’s stashed alongside floppy disks, joysticks, and tape drives.

Web 2.0 long since came and conquered. Billions of AOL CD’s now sit in landfills, Geocities is offline, and no one has used a floppy disc in years. But in the mid-90’s, when I came of age, the Internet was more a curiosity than a necessity. Google, Facebook, and Wikipedia didn’t exist, and the so-called information superhighway was mostly empty promise. It was the Internet’s Age of Innocence.

In 1994, all of ten years old, I signed up for America Online. It wasn’t a simple process. After calling AOL’s toll-free line—and paying for the service by phone—I dialed up, the modem hissed, and I was promptly disconnected. Another few tries and I was in, connected at 2400 baud—not that I had any idea what “baud” meant.

The modem’s ubiquitously loud hiss, amplified over the computer speakers, was the sound of the future. AOL even provided graphics: when we signed on, we were treated to spectacular vision of a lightning bolt crashing. Now this, this was the information superhighway. It was the Wild West out there.

AOL denied me my avatar of choice, just as it did for millions of other Americans. In its infinite wisdom, AOL invariably suggested a four or five-digit number following any screenname. The implication was that we were part of a mass movement—that yes, there really were eighteen hundred and thirty-two Jacob Savages who had already signed up for AOL, and that I was privileged enough to be the 1833rd.

Once connected—and during peak hours, it was virtually impossible to get through on the first try—there wasn’t all that much to do. Back in 1994, AOL wasn’t even hooked into the World Wide Web—you couldn’t browse web pages—so we did the only thing we could do: we went into chat rooms and pretended to be people we weren’t.

There were all sorts of chat rooms: Teen chats, Jewish Teen Chats, General Chats, Space Enthusiast chats. It didn’t take long to discover that on the World Wide Web, you could be anyone (it never occurred to us that the people we were chatting with might be impersonating other people themselves).

Dozens of pre-teens from across the nation flooded these chat rooms. Every 30 seconds or so, someone would demand an A/S/L (Age/Sex/Location) check. The responses flooded in: 13/m/NY, 12/f/Minnesota, 11/m/Los Angeles, etc. Having ascertained these fundamentals, we’d ask one another if we were hot, or popular, or what life was like in Minneapolis or New York or Los Angeles. Anticipating the future of social networking, AOL even allowed us to create “profiles” (favorite movie: “Austin Powers”), though of course there were no photos involved.

Through good fortune and no small amount charm (I was, after all, a 12/M/NYC), I scored a couple of internet girlfriends. LuvsGuys1 was my first love: a hot blonde on the J.V. cheerleading squad from Arizona. We took each other’s mutual good-lookingness on faith. Once a week for about a year or so, we’d message each other. We had cybersex once, but it was pretty awkward. I don’t think we got past second base.

Eventually AOL sped up its connections and opened itself up to the World Wide Web. No longer forced to malinger at 2400 baud, I upgraded my dial-up modem to 56K (though it never connected at 56K, always at 28.8 or 49.33). For the virile pre-teen, more bandwidth meant one very important thing: more pornography. It no longer took ten minutes to download a single JPEG, and I was in heaven.

Ebay came online right around then. It was easy to game the system: you could write positive feedback about anyone, regardless of whether you’d actually sold them anything. My friends and I left each other dozens of positive feedback. To this day, my “power seller” rating is at least partly a result of those good old days.

Hackers, of course, were the ones supplying us with this endless stream of venereal disease. In the mid 90’s, hackers ruled supreme. There were newspaper articles about hackers, movies about hackers, after-school specials about hackers. They were superhuman wizards who could bring down the U.S. government with just eight keystrokes. The paranoia was so rampant that Stephen Glass—the now-infamous New Republic plagiarist-reporter—was able to claim that hackers, like actors and athletes, had their own agents: “[The hackers’] agent, whose business card is emblazoned with the slogan ‘super-agent to super-nerds,’ claims to represent nearly 300 of them, ages nine to 68,” Glass wrote in 1998.

That Glass’ over-the-top article was published is both a testament to reckless fact-checking at The New Republic and to a broader national ignorance about the Internet. Of course, Google didn’t exist yet, so there was no way to google Glass and find out that everything he wrote was a demented lie. On the World Wide Web, aka the information superhighway, anything was possible, even though nothing SPECIFIC was particularly possible.

Hackers hated AOL. In 1995, thanks to AOL’s notoriously poor code and a legendary hacker group known only as “Warez”—and despite having no programming skills whatsoever—I joined the glorious underworld. “Warez” released a program called “AOHell,” which enabled the wannabe hacker to “email-bomb” people to overflow their inbox, to “IM-bomb” people to boot them offline, and to “phish” for AOL passwords. I tried downloading AOHell about nine times and probably contracted several viruses in the process. But then I successfully IM-bombed a girl I liked and kicked her off AOL for an hour or so. It was totally worth it.

AOHell was just the beginning of my semi-legal Internet activity. The first song I ever pirated was The Beatles’ “You’ve Got to Hide Your Love Away.” The whole thing was rather low-fi. I played the song on from sort of proto-streaming website—the quality was awful. I then took my tape cassette and recorded the computer speakers playing the song. Let’s just say, the record companies should have seen the writing on the wall.

Before long, my Warez hacker friends had organized private chat rooms devoted to pirating music. Automated “bots” would email out a list of songs. I’d request song #234 or #538 (they only stocked pop hits, so it would inevitably be something along the lines of Christina Aguilera’s “Beautiful”), and the bot would email me the MP3 or WAV file. My iPod is still stocked with a few of these late 90’s hacker hits (here’s looking at you, Meredith Brooks). In those pre-iPod days, my 256-slot CD cases were quickly overtaken by CD-R’s, sharpies, and “Mix CD’s.”

Web 1.0, like our adolescence, ended with a thud. We went off to college, freeing ourselves from both our parents’ rules and their slow Internet connections. We were pirates finally allowed on the high seas: Napster, Limewire, and then DC++, allowed us to download all the music and video we wanted. Before long, Google, Facebook, Youtube, and Wikipedia came and swept out the remnants of Web 1.0.

When we arrived as freshmen, we left our laptops home during class — the lecture halls didn’t have wireless, and we didn’t want to be the “weird kid” who brought his computer everywhere. By the time we graduated, though, our campuses were all wired, and we were tethered to our screens. But even as the Internet fulfilled previously unimaginable possibilities—videos, social networking, information on demand—the innocence of its original promise seemed a bit lost.

This isn’t an elegy to a lost age in which my friends and I played stickball in the street and/or sat around the arcade playing pong. But my generation sat at a liminal threshold, coming of age with the Internet, not before and not after. Back in the mid-to-late-90’s, the Internet, like pick-up basketball or Super Mario Brothers, was just another thing that you did sometimes.