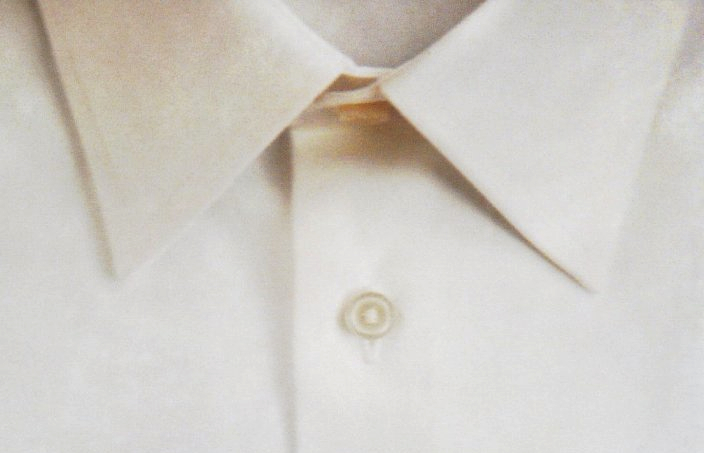 This review has been drawn from the November issue of the American Reader, available in our Shoppe.

Javier Marías’ long, comma-riddled sentences are frequently compared to Henry James’, a comparison he has at times courted, though this comparison does Mr. Marías no favors. His sentences can indeed be quite long, but they are not nearly so ingenious or complex as some of his critics profess; he works by repetition and piling, conjuring a few good observations and then repeating them relentlessly. By contrast, James is always careful not to repeat himself, no matter how much he says; nor does he say in ten words what could just as well be put in five. His observations are always surprising and acute. Mr. Marías lacks this economy: his sentences derive their length from a kind of singsong heaping of commonplaces. He is like a courtroom lawyer addressing the jury with a confidence of cadence, hoping to impress them with the momentum of his verbiage.

Still, Mr. Marías should not be expected to out-James James, for he has developed his own form of literature with its own peculiar aims and successes. Indeed, his virtue as a novelist rests not on the architecture of his sentences, but rather on his ability to fashion a prose that, in its anxious, haphazard inelegance, makes palpable the incessant prevaricating endemic to bourgeois neuroticism. His protagonists’ lengthy soliloquies—parsing minutely the advantages and disadvantages to any potential action; dissecting carefully, once they have acted, the ultimate justness of their act—are the very meat of their existence, and there is great pleasure in watching his characters talk themselves into, and out of, their messes.

For all this, Mr. Marías does not strike one as an overly cerebral author: he consistently contrives gripping plots, and excels at inventing surprising, often humorous or scandalous twists that keep his pulpy scenarios humming; indeed, he seems to delight in finding ever more insidious ways to seduce his characters out of their somnolence and into acts they are scarcely prepared for. At his best, he can shift seamlessly from a narrator’s ruminative drone to a sudden plot development, such that the reader is never sure if she is comfortably ensconced in the space of ongoing rumination, or is instead perched at the precipice of a sudden and decisive act.

In The Infatuations—the author’s latest novel, beautifully translated by Margaret Jull Costas—one encounters this sort of literary sleight-of-hand within its opening section. The book’s narrator, María Dolz (significantly, Mr. Marías is damselling in a novel for the first time), observes each morning Desvern and his elegant wife Luisa eating breakfast together at the same café. So complete and enviable is their union that María deems them “the Perfect Couple” and, with lavish agony, continually daydreams about what it must be like to live their life. But no sooner has María elaborated her intense admiration (and here, with a sudden lurch, the plot sets in motion) than a homeless madman brutally murders Desvern. Soon, a series of coincidences draw María into Luisa’s life; she finds herself falling in love with Díaz-Varela, Desvern’s former best friend who is himself, in turn, hoping that Luisa, newly widowed, will now return his long-harbored affection.

Fittingly, the novel is sensitive to the rhythms—the short bursts of action and lengthy bouts of waiting—that form the basis of mature infatuation as it works itself out over the course of many months and years. Indeed, the book’s most particular achievement is the portrait of a web of individuals who are each jostling to make their move, and waiting for that moment when—hopefully—their exertions will prove successful. In one of the most beautiful and lasting passages in the book, Mr. Marías places before us the image of María, who is hoping that Díaz-Varela will fall for her, while Díaz-Varela himself hopes Luisa will fall for him—and then he invites us to imagine some other man waiting on María, and some other woman waiting on Díaz-Varela, and all the people waiting on them, on and on, all “lined up like dominoes, all waiting for the surrender of one entirely oblivious woman, to find out who would fall next to them.”

Luisa, who dominates the first half of The Infatuations, is the book’s worthiest and most enigmatic creation. In the aftermath of Luisa’s loss, María manages to finally find the entry into a life that was always closed to her when Desvern was alive. When the women share an afternoon encounter in the widow’s home, the author successfully constructs an affecting, complex portrait of loss. In the past, women in Mr. Marías’ novels have been largely under-drawn, often serving as mere foils for the male characters he so elaborately imagines. Not so for Luisa: in the span of only twenty pages, the reader witnesses an intricate, encompassing vision of the character in the moment of her grief—as mother, friend, lover. María, who both pities Luisa for what she has lost and still envies her for what she once had, makes for an ideal observer of this difficult-to-fathom woman; her nervous and voyeuristic gaze records each shift in Luisa’s emotional register:

She had gone from the spontaneous laughter of a moment before to an expression
of grief, her gaze clouded and her skin pale. Yes, she must have been a very simple
mechanism. She raised her hand to her forehead and lowered her eyes, and I feared
that she might cry.

With Luisa, Mr. Marías is on unfamiliar ground: never has he gone so deep into a widow’s personality, nor has he treated one so close to her moment of loss. The challenge suits him well; he constructs a woman rife with contradictions who, because of her contradictions, brims with life. Eventually, Luisa passes into the background, and the book re-centers on María and Díaz-Varela, two of Mr. Marías’ least inspired creations. Their most original and interesting contribution is their mutual exegesis of Balzac’s novel Colonel Chabert, but the majority of their presence lacks the sheer creativity, the density of ingenious set-pieces, sharp asides, and deep consideration of literature and history that characterize the author’s best work.

When Mr. Marías is off his game, he is wholly capable of luxuriating for far too long in his mock-philosophical contemplations, burdening his texts with an unpleasant bloat: at least one hundred pages of The Infatuations amounts to a sort of literary cock block, wherein the reader must suffer reams of tedious digression for every scrap of plot that she manages to squirrel away. Meanwhile, Mr. Marías sometimes seems determined to cram into a given passage as many variations of the same thought or phrase as a reader’s attention will tolerate. Take for example the narrator’s taxing meditation on twists of fate:

Who hasn’t been a witness to some unlikely event, which we often don’t even notice
until someone points it out to us and puts it into words: the school dunce is made a
minister and the layabout turns banker; the coarsest, ugliest boy in class enjoys a wild
success with the best-looking women; while the most simple-minded student becomes
a venerated writer and a candidate for the Nobel Prize…; the most tedious and ordin-
ary of fans manages to get close to her idol and ends up marrying him; the corrupt,
thieving journalist passes himself off as a moralist and a champion of honesty; the most
distant and pusillanimous of heirs, the very last on the list and the most disastrous,
ascends to the throne; the most annoying, stuck-up, scornful woman is adored by the
masses whom she crushes and humiliates from her leader’s podium and who should,
by rights, loathe her…

I will spare you the rest of this sentence, whose rolling, rocking motion carries one to the verge of sleep. Such mediocre writing could be the work of any competent scribe: it fails to make a single piercing observation (in fact it offers the same unremarkable one, numerous times over) and leaves not one memorable phrase. Why must we be told the journalist is both “thieving” and “corrupt,” the fan both “tedious” and “ordinary”?

Make no mistake, even subpar Marías is still not that bad, but the book grows tiresome. Stuck in stasis, his protagonists’ thoughts circle around the same boring refrains. Mr. Marías has never been known for particularly muscular protagonists, and his books work best when his characters rise above themselves and become people of action. This is when they begin to develop interesting, individualistic idiosyncrasies, where his plots begin to embark upon riveting trajectories. Yet here María remains a purely reactive character: without agency she becomes just another anonymous, powerless woman ruminating over her disappointing plight. Her primary trait is to reflect on not taking action, a dull lot for any protagonist, to say nothing of a first-person narrator whose consciousness we must tolerate for well over three hundred pages. Ultimately, it is perhaps María who offers the most adequate summary of the novel:

In the event, I had more than enough time and it wasn’t late at all when I set off for
Díaz-Varela’s apartment. So much so, in fact, that I was able to pause along the way
to conjecture and hesitate, to take several turns about the block and put off the moment
of arrival.