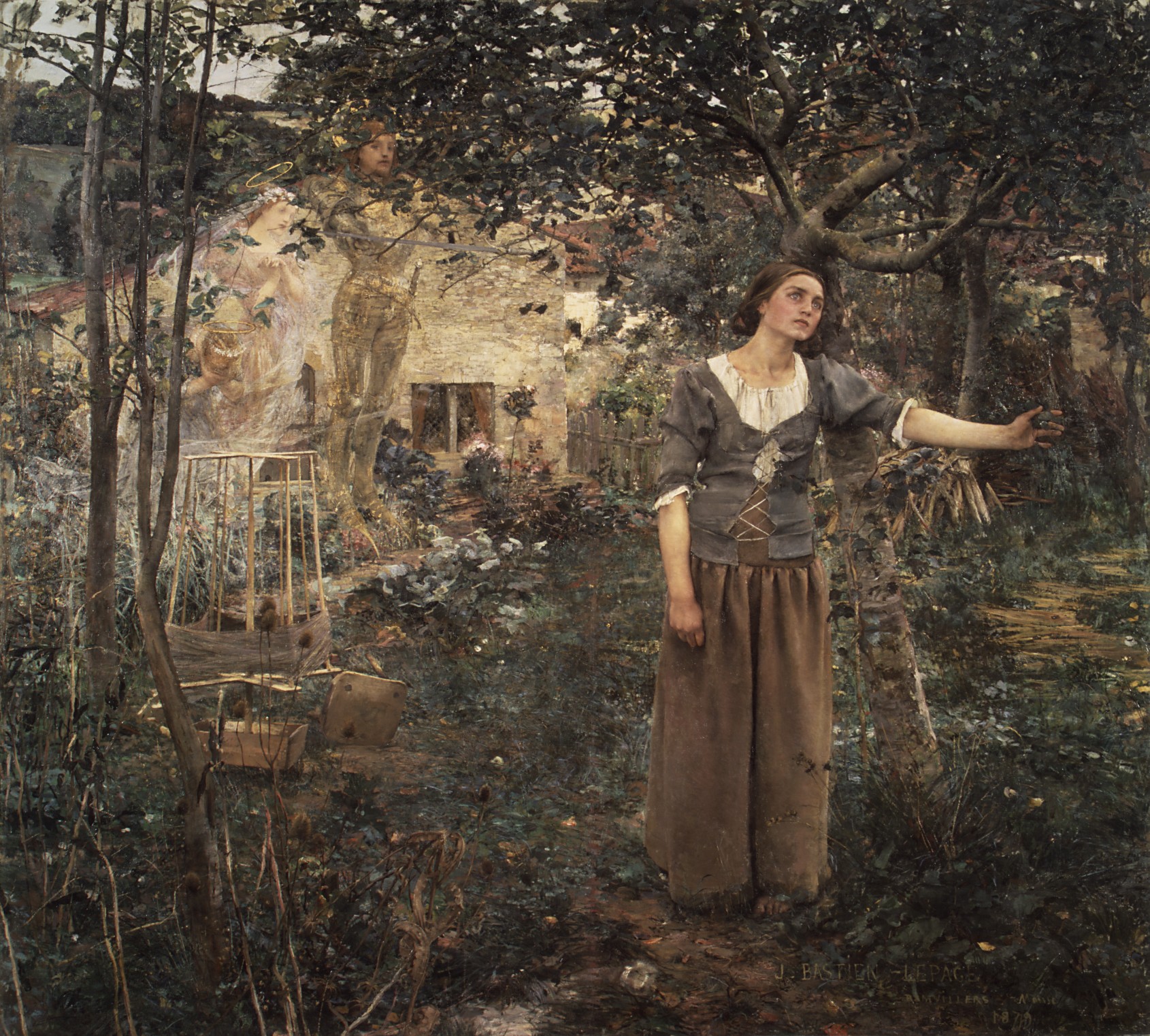 Chauncey Billups was born on the high plains of Colorado at the end of the summer of 1976. Thick from the get-go, with the frame of a bully, he earned a starting role on his high school’s varsity basketball team soon after he arrived. It wasn’t long before he drew the attention of colleges across the nation. He could have wandered down, in whichever direction, into the thicker atmosphere of everywhere else, but he didn’t. Instead he spent two years at Colorado, starring, winning, and leaving behind a mural of his likeness in the stadium. The Boston Celtics, with the third pick of the 1997 NBA draft, finally spirited Billups from his mountaintop, initiating his lifelong tumble around the country; but after clashing with Rick Pitino, his coach in Boston, Billups was traded, before that first season was up, to the Toronto Raptors, where he remained only a few months until the Raptors sent him back to Denver, to play for the Nuggets. There he spent a whole season, did fine. He was too short to be a shooting guard, didn’t have the quickness to play the point. But he’d only grown more barrel-bodied and powerful, and he was nimble enough, and skillful. I imagine he was soft-spoken, particular, reliable. Preferred a certain brand of detergent, ate many meals alone. Billups’ teammates, one to another, might have murmured how comfortable Billups made them feel, after having played with him for only fifteen games. That they could sense his solitude even in company, that his sturdiness and style limned the court.

What happened next. The Nuggets traded Billups to the Orlando Magic, where he injured his shoulder and elected to have surgery, ending his season. He entered free agency, signed with the Timberwolves in Minnesota, and stayed there for two seasons, which might have seemed an eternity. Four years and five teams later those who would speak of Billups began to call him “journeyman,” which in NBA parlance is a term stretched taut between pejorative and honorific. Billups was the archetype’s quintessence: experienced but expendable, affable but reserved, resilient and lonely. Yes, Chauncey, great work, bye. Welcome, Chauncey, powerful and baldheaded sharpshooter, we need you, we don’t, begone, be good. I can’t imagine Billups took all this with anything other than measured acceptance, a tip of the jockstrap, a grinning-bare of his huge many teeth, before zooming off in his Mercedes to some new part of America. But how many families did he have to have? The geography of his life is gorgeous. But who were his friends? Did he hit it off sensationally with a teammate in Toronto, and treasure every time he made the trip back, certain it would mean a day spent with a good buddy? What did they do, those two—watch Titanic? What was the twisted shape of Billups’ roots? What did he claim, what flags did he place? Or in his American campaign did Billups conquer nothing at all? Conquered nothing, touched much. Alan Hollinghurst has a wonderful phrase: the vain young protagonist of The Line of Beauty, blooming with the delight of first love and wanting to tell of it to a friend, imagines himself an “otherworldly messenger,” as though by the travels of his heart he’s not only discovered a new land but also been naturalized in it, such that to return to the realm of those unmoved by love, and to speak to its populace, requires deft, interplanar transit. Infatuated, he becomes, in effect, an angel. Imagine Billups’ otherworldly voice in the locker room. How could it not cast spells? I wonder if his teammates cried each time Billups was traded; though I’m sure they knew they wouldn’t have him around for long—such is the nature of the journeyman: you love him and you let him go, partly because you know he’ll never stay, partly because, (fuck), you think you’ll get someone better in return.

And then came Two Thousand And Four (fuck!). Almost never does a team without a superstar win a championship. But those Pistons did: Ben Wallace, the undersized center, the quiet, goodhearted pugilist; Rasheed Wallace, a tower of charisma, a volcanic wit, languid and flabby-armed but fierce, menacing, the terror of referees (the Wallaces were brothers in spirit only); Tayshaun Prince, an alien, an ectomorph, a swift husk; Richard ‘Rip’ Hamilton, who wore a mask to keep his face unshattered, do you remember?; and Chauncey Billups, the leader, the Finals MVP, the journeyman. Home at last, in the bosom of victory. Was it home? It was a room in his house, like any other room. Those Pistons dreamt a space and inhabited it: it was the space of almost-there-ness; they made a home of aspiration; they laid a bed to sleep in the sturdiness of good enough, whence they could, whenever they wanted, make bids at greatness—great leaps without a fall. Great dreams without violence. Ambition without pride? It pays to have a name like Chauncey Billups. Easy to remember. Easy to be fond of. And three years later, of course, Joe Dumars traded Billups (who was like a son to him). Because one can’t expect an angel to stay. And one mustn’t ask a planeswalker to stop.

In the first video uploaded to the Youtube channel BonnieMcKeeVEVO, vicereginal songwriter and aspirational pop star Bonnie McKee performs a medley of the many hits she has co-written for pop luminaries like Britney Spears, Ke$ha, and Katy Perry. Perry most of all: McKee has writing credits on the majority of Perry’s hits, including “California Gurls,” “Teenage Dream,” “Last Friday Night (T.G.I.F.),” “Part of Me,” “Wide Awake,” and “Roar,” four of which reached number one on the Billboard charts. If you’ve been in a public space in America in the last three years you’ve heard McKee’s words. Isn’t that wonderful? The second clip uploaded is the video for McKee’s first single “American Girl,” which reached number 87 on the charts when released last summer in advance of her debut album, slated for the spring. A behind-the-scenes of the video and a remix followed. Then on December 19th came something new: wanting to share with her fans a song in the holiday spirit, but not finding anything traditional into which she could sink her teeth, McKee chose to cover Leonard Cohen’s “Hallelujah.” Sitting in front of a fire, McKee introduces herself, wishes her fans happy holidays, and nods with a solicitous grin to the woman sitting to her left. That woman, with the likeness and butch bearing of Kristen Stewart in a Botero painting, begins to finger-pluck her electric guitar. Tones emerge from the amp on the other side of McKee, who, wearing a gray sweater that falls off one shoulder to reveal a red bra strap, holding in one red-gloved hand a vintage steel cylinder we are to believe functions as a microphone, and bathed in her signature, red-and-yellow-Gummi-worm ombré hair, begins to lip synch a lovely, pre-recorded rendition of Leonard Cohen’s great tune. Really, she can sing, no one would knock her there—her voice is wise and forceful, limber, aware—and “Hallelujah” is an inspired choice, as it’s been covered so often that it’s now a schlock-proof negative space, a glorious incantation of pop absence. Focused softly as if to recall an educational VHS tape, the camera caresses the scene and lingers on McKee who lounges on a white shag rug, bathes in shimmers of red and green light, and gamely shakes her head and mane during the most vigorous sections of the song. McKee has a welcoming underbite and an unassuming presence. That her cozy array is also a sexy one seems like a sweet deed she’s done, a gracious concession. It’s an astonishing video, disjunctive and puzzling, a dissociative fantasia: McKee’s hit her visual stride.

But somehow the stakes seem so, so low. She appears happy to be here, along for the ride: her bid for pop-stardom feels like a lark, an incidental shockwave of her puckish satiety. Why? Well, why in the world shouldn’t it? McKee is too rambunctious to undergo the centering that’s required of the pop star. She’s too shifty to bear the weight. And “American Girl” is her argument. McKee’s a fantastic, incisive pop lyricist:

How fabulously succinct is that first line, which so swiftly centers celebrity in the cosmos of this great ballad of the American girl? How glorious is her flippant evocation of liberty as license to do whatever one chooses? And of course: pop in a few quarters, make a thing fall, and fish from a lidded vestibule a new, cheap, disposable existence. One quick verse to popularize a felt thing: that most American thing: “Well, it’s a good thing to be an American.” But it’s critically important that Bonnie McKee kept the song for herself, for if she’d given it to Katy Perry, those words, so sly when sung by McKee, would turn sinister: if McKee is balladeer of the American dream then Perry is avatar of the American dreadnaught. I think McKee knows this. Her glee is expansive precisely because of her transience, because of the lightness of her ambition, because of the circuity of her rise. When she sings in the chorus of “American Girl” the (fucking indelible) line, “I’m loving taking over the world,” her impishness transforms an otherwise frightening maxim of insipid imperialism into a joyous, precise, and worthwhile delusion: because doesn’t that otherworld, whence McKee came and which she rules, sound magnificent? McKee’s coy relation to power—sure, I’ll have a bit, I guess, but I’m really going to make it play with me—is the heraldry of the journeyman, who lords without domination from a position of chipper subjugation.

It’s the fact of these two people. After Detroit, Chauncey Billups returned to Denver for a few years. The man who’d always been a veteran adapted well to the role his experience now ratified. After a tour of major cities, playing a year in New York and two in Los Angeles, Billups is now back in Detroit for a twilit repose. The Wallaces and Hamilton have retired; Prince, the wraith, is in Memphis; Billups, from the throne of Motor City, reigns lightly. And with the wisdom of his great body he’s working on a lineage: Kyle Lowry, the breakout star of the Toronto Raptors, a bulldog like Billups, thick-bottomed and pugnacious, has emerged this year as Billups once did, leaping to relevance after years of semi-insolent kicking about, after Billups, during the offseason, recognizing in Lowry a young version of himself, told Lowry to grow up.

Bonnie McKee has made a lot of money from the royalties of the hits she’s written. She just bought a house with her boyfriend of seven years, the man who produced “American Girl.” She’s got an album coming out this year. She was kicked out of her high school for poor behavior, but that only set her on her way. She moved to LA at 16 and released a crap album, got dropped by her label, and fell apart. But that only kept her on her way. She got it together, learned the tools of the trade, resurrected. She’s bisexual! She met Katy Perry at a consignment shop. Both women were dreamers of the LA sort, with minor successes to their unfamous names; both were in line to sell old clothes. Who sold first? Was there a small crush each to each? Ah: who cares. I’m so glad they met. Because now we have Bonnie McKee, angel and journeywoman par excellence, bearing from her very own elsewhere an ethics of joy.