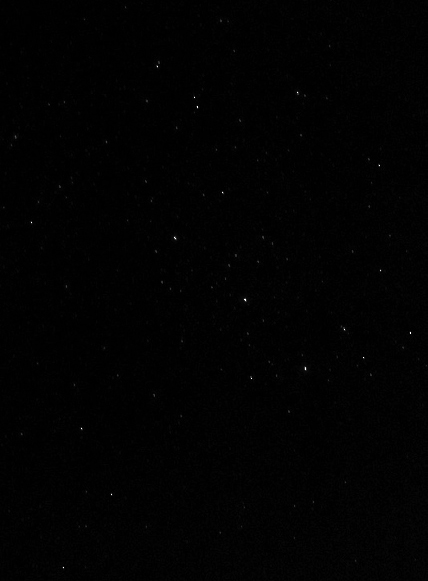 This story will appear in Vol. 2, No. 3 of the American Reader.

Jenny woke to Eli, their youngest, slapping his hand repeatedly down on her pillow; he did this with an air of full entitlement and a lack of balance that reminded her of many of her over-served customers at the tavern, the ones who seemed to feel that hitting their palm down on the bar again and again sans any sort of verbalization was the only hope they had of another drink materializing. “You can speak to me,” she’d remind them, attempting to set the beers down—they always intercepted them mid-air, began chugging, started slapping the bar’s wood again immediately with their other hand before they’d even finished the last swig, correctly anticipating that in seconds they’d need another. It wasn’t possible to serve them fast enough. She wondered if it was a tactic to try to make her lose count of how many they’d ordered. When their crew had first come into town (construction, she’d assumed, maybe the docks) she’d actually wondered if perhaps they were mute. “A drink?” she’d asked, and they’d all nodded; “Beer?” she’d followed up, and they’d all nodded; she’d given them the cheapest draft and they drank rounds until she had to close up, then had paid. They always paid but never tipped. It was months before she heard any of them utter a sound. The staff had nicknamed one of the group’s members “Porta John” (there was a certain Friday evening at the bar when he’d unceremoniously stood, one hand beating down on the bar to signal a refill, his eyes looking up at the weather report on the television above the bar’s electronic poker machine, and with the other hand had deftly unzipped his pants, removed his penis from the zipper, and urinated into the calf-high rubber cavern of his left boot. “Not one drop on the floor,” the busboy had told her later, the emphatic pitch of his voice reminding her of the so-called ‘eyewitnesses’ on sasquatch documentaries, that pleading enthusiasm that requests the illogical belief of others. “Jenny,” he’d repeated, shaking his head, throwing back a shot of whiskey that seemed medicinally required for him to recover from what he’d seen earlier. “Not one drop.”) One evening when Porta John grabbed a butter knife off a tavern table and gave his colleague, the guy whose beard looked like a brittle red moss that might grow in the underground caves of Mars, a shallow stab in the neck with it, the bearded man did utter a somewhat disappointed, “Fuck, Beasley!” in Porta John’s direction afterward, grabbing a wad of bar napkins and holding them to his neck, but he didn’t leave or get off his stool, and Porta John didn’t leave either, and that night it was Porta John who paid the bill for their entire party.

So one of them, at least, could speak.

Now she reached her fingers sleepily over the side of the bed, grabbed the first of Eli’s small thrashing arms that she encountered, held it for a moment as a type of greeting. What time was it? The room was still dark; Jenny pawed for her cell phone on the nightstand but now Eli was holding on to the side of the mattress and bouncing, beginning to vocalize; she picked him up and placed him in bed with her, wanting to calm him down in the hopes that he’d sleep a bit longer. Normally he and his older brother Max came in at the same time, their multiple footsteps a thundering herd that seemed to belong to far more than just two little boys. Eli had pushed their bedroom door fully open and the small nightlight in the hallway (a bear whose stomach illuminated red in what appeared to be an electric case of indigestion) cast a glow across Eli’s fresh cheeks that was vaguely amniotic, as though he was indeed inside the giant red-lit belly of a larger creature, as though they both were; she held him close and cradled him. “Did you have a bad dream?” she whispered, then smiled—how creepy it would be if his very first spoken word turned out to be a crystal clear answer to this complex question, if in a small shining voice he answered, Yes.

Eli was the sounder sleeper of the two; it was deeply frightening on mornings when Max would run into their bedrooms and announce, “Momma! Poppa! Eli won’t wake up!” The first time both she and her husband Tom had leapt from bed and run to check, so relieved when they found Eli absolutely breathing but asleep that they’d actually laughed; subsequently she showed Max how to place his finger beneath Eli’s nose and check to be sure he felt air. Now when Max reported Eli’s unresponsiveness, they could ask, “But he’s alive?” and Max would dutifully run back to check then announce the affirmative.

Jenny placed her lips on Eli’s forehead and began to drift off, though it wasn’t long before she heard loud footsteps coming up the stairs to their attic bedroom.

“Max and Eli are awake,” she yawned aloud to her husband, scooting back until she bumped up against his body to make room in bed for them. Then her arm brushed Eli—wait, of course. Eli was there with them; he’d come and gotten into bed. Her eyes opened to his tiny back, rising and falling so rhythmically as to seem mechanical. She sat up, barely able, through the hallway’s dim glow, to see Max approaching.

Something was wrong: the footsteps? The way Max was coming up the stairs? There was an abnormality to his gait but she couldn’t put her finger on it—she squinted her eyes to focus. More and more of his body came into view as he ascended the steps to the short hallway. What was off? She rubbed her eyes, placed a protective hand atop Eli’s head. “Max?” she called.

It was his Max’s right arm, raised up in an awkward way. Was he holding it above his head?

It wasn’t until he was already in the hallway, almost to the door of their room, that she realized, or allowed herself to realize, that Max was holding onto someone’s hand.

And now she screamed his name. “Max—Max come to Momma.” Beneath her hand, Eli breathed normally, her sound sleeper. Releasing the hand of the stranger, Max ran to her, jumped into bed, lay down and spooned around Eli. He was still tired, still interested in sleep. Was it the middle of the night? The stranger’s clothes were dark, Jenny now saw; this is why she hadn’t seen him at first, holding Max’s hand. Max had appeared to be holding hands with a large shadow.

She couldn’t see the stranger’s face—it was covered by something. A type of dark mask.

Both her children were now asleep on one side of her. On the other side, her husband—her right leg was aware of his mass, his shape beneath the blankets. But he wasn’t waking. She had screamed out their son’s name, and he wasn’t waking. What she couldn’t do now was look over and down at him. She couldn’t take her eyes off the stranger, certainly, but she also couldn’t lift her arms off the warm backs of her children and feel her husband’s back for breath. If he’d been able to wake up when she’d screamed their son’s name, he would have, wouldn’t he? What she couldn’t do now was scream her husband’s name and have him fail to hear her, fail to answer her when he was right next to her in bed. Something had happened to her husband while she’d slept next to him. It wouldn’t be of any use to look.

Instead, her eyes trained on the stranger standing at the foot of her bed. He’d closed the bedroom door a little upon entry, taken away some of the light that had allowed her to see his approach. “Who are you?” she finally asked. This came out in a whisper, as much from habit as from fear, surprisingly—she asked him this in the voice she always used when her children were sleeping.

The stranger did something with his mouth, perhaps a smile. It was too dark to see for sure. It was nighttime; it had to be. Their bedroom’s lone window was a skylight, seventeen feet above their bed on the ceiling. If she wanted to, she could look away from the stranger and up at the stars.

“You never asked who I was the other times I’ve been in your house,” the man said.

With this, she allowed herself a quick glance at her nightstand, only a second. Then she wanted to look at it again, because she didn’t see her cell phone on it. She looked again, another second. The stranger didn’t move. Her cell phone wasn’t there. “You can sleep a little while longer,” the stranger said. “You should try.”

With that he took one step back from the bed, then a second, but he didn’t leave the room. “Try,” he insisted.

She looked down at her children; she was crying but she didn’t want to wake them. She wrapped her arms around them and clutched. How hard, how close could she squeeze without them waking? If she’d just shut her eyes, it would be her and her two boys in bed, breathing together as though one giant set of lungs powered their trinity. But how could she shut her eyes?

She could, she realized, because of what happened next. There was a stirring behind her, though it wasn’t Tom. It couldn’t be—how badly she wanted it to be. Someone behind her, someone who had been lying next to her in bed this whole time did only now move, coming to life to roll over, to place a long and heavy arm across her side. It wasn’t Tom; the wrong weight of his arm told her that, but she had to close her eyes and pretend. She felt her sons, breathing. Gradually she felt the hot breath of a man behind her, not the man at the end of the bed; he was still there, watching, but another man in the bed, his breath upon her neck getting incrementally warmer. The warmer his breath got, the tighter she gripped her sons; Eli squirmed a bit but did not wake.

Sleep began to come; at least it seemed, maybe for a moment. Until she heard the sound—was it rain? Rain on their skylight was always a welcome noise. It wasn’t rain. It was something more demanding; it was unmistakable. The sound of slapping palms on wood, so many sets of them, coming from downstairs. From what sounded like their kitchen table, filled with guests.