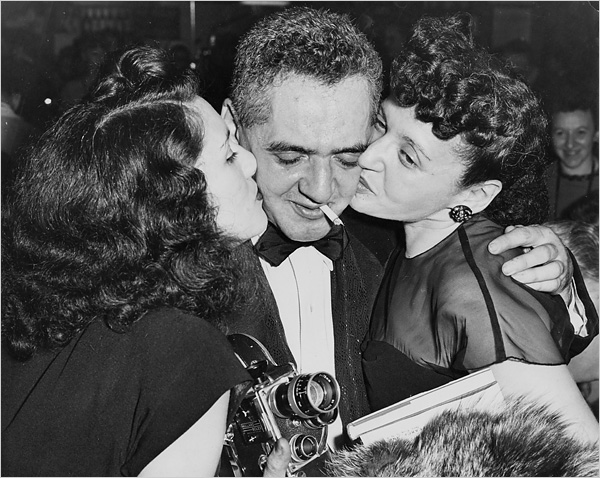 A google search of the word ‘vagina’ brought up something interesting today: this post from Esquire’s culture blog. Stephen Marche’s editor set him loose on Naomi Wolf’s forthcoming book Vagina: A New Biography, a task which might have been better saved for someone who doesn’t consider Wolf a perpetrator of “antique identity politics.” In a pre-emptive strike against readers like Marche, Wolf wrote “I don’t mean to summon up in your mind crunchy-granola, 1970s images of pagan Goddess worship on all-female retreats in state parks,” to which Marche responds “Of course all I can think about after reading that is crunchy-granola all-female retreats.” Don’t worry though, because Marche breaks out of this cruel captivity long enough to note that “disappointingly, [he] learned very little about sex.” When you buy a book with a giggle word in the title, you should get some giggles, right? Fair is fair.

Instead, Wolf abused a sexy word to lure him in and then disappointed him with some boring old story about her own not-necessarily-sexual experiences. She goes to a sex healer and doesn’t have sex with him! This ridiculous deviation “sort of ruins” the scene for Marche, but he bravely pushes past this disappointment. Which is great, because ahead lay something “vitally important.” We live in, Marche correctly notes, a time when “every fifteen-year-old boy in America has access to pictures of women with baseball bats shoved in them, and we have no idea what the effects will be.” It’s also a time when “the bestseller list is dominated by S&M books written by women for women.” How to explain this? The book seems to throw some vitally important light on our screwy sexual zeitgeist, but Marche fails to tell us what it is. Only momentarily sobered by the upsetting infiltration of misogynistic porn, Marche breezes right past what Wolf’s book has to offer: in such a climate, any first-hand account by a woman of her own experiences corrects the normalization of such violence. The fact that she published it even while anticipating her Marche-esque readers is commendable.

Too bad, then, that she’s so “out-of touch.” Everyone, he points out, is “into at least spanking these days.” Apparently, we are not to rely on Wolf to ride the razor sharp edge of the sexual frontier for us. Instead, the book’s value lies in Wolf’s “innocence,” Marche says. Her book “reminds us of the power of loving, tender sex.” Unfortunately, Marche’s assumption that naivité is at the heart of tenderness is itself testament to the culture he’s concerned about. The idea that only a “terminally old fashioned” book might suggest such a thing is just as suggestive as the baseball bat. I guess some of us needed to be reminded. In that case, thank you idiot-savant and charming-throwback Naomi Wolf, for doing just that. In the meantime, Marche would like to know more about sex, if anyone wants to tell him.