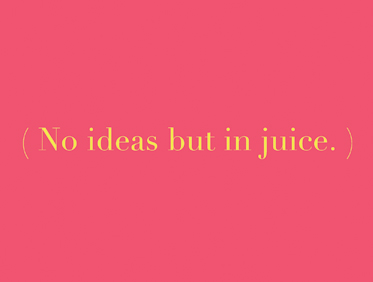 What happens when the Norton Anthology of Poetry gets fucked in the ass? Forgive the phrasing, but this is one of the inevitable questions that arises when reading Dodie Bellamy’s exhilarating Cunt Norton, which splices classic poems from the Norton Anthology of Poetry with unattributed pornographic texts. Here’s “Cunt Chaucer”: “Thou art so scarlet reed aboute thy clit.” “Cunt Spenser” begins “Towards thy chamber in the East, arysing forth to be fucked, my cock is red hard and seems a virgin best.” “Cunt Coleridge,” anyone? Sure thing: “I circle round thee thrice, sighing and smiling stupidly, my honey-dew, drunk on the milk of thee.”

Naughty giggling has its inescapable share in light of the manic humor of Bellamy’s project—but three other observations quickly become evident. First, how tame—and yes sanitized—traditional lyrical verse, even the bawdiest, is in comparison to the most generic contemporary erotica. Second, even when you molest a great poet’s text as extremely and deliberately as Cunt Norton does, the stylistic contour and habitual rhythms of the original material presses back, resiliently, revealingly. And third, Bellamy’s conceptualist procedure has produced an intensely personal book of poetry without contributing a single original line; even the method itself is borrowed. Yet Bellamy’s choices are on full display—from her choice of source material, highly identifiable poetry and untraceably anonymous pornography, to the selection of poets and poems, the length and shaping of the final texts (all lineated in prose), and finally, to the tacit argument the book presents in what it does not say in way of the author’s introduction or afterward. Inevitably, Cunt Norton is a sexual book but not ultimately a pornographic one—existing not to solely arouse but amuse, perplex, startle and transform. In short, a poetic experience.

To find Bellamy’s closest cousin one has to turn another book that was published in 2013, The Fabliaux—a representative tale’s title: “The Knight who made cunts speak.” Originating between the 12th and 14th century, these medieval texts were a compendium of ribaldry that were never fully assembled together due to their clandestine composition and dissemination by, one assumes, Frenchmen that were as diabolically horny as they were subversively literate. R. Howard Block defines their scandalous nature as the “excessiveness of their sexual and scatological density, their anticlericalism, antifeminism, anticourtliness.” Yet Bellamy’s “scandal” couldn’t be more different in approach and target. Cunt Norton, a radically feminist and queer set of texts, is not just about defacing graffiti-like the lines of dead white men (“Cunt Dickinson” being the only dead white woman). It’s also a love song to the Western canon, and yes, the Norton Anthology—two institutions largely closed off to non-European, non-male voices.