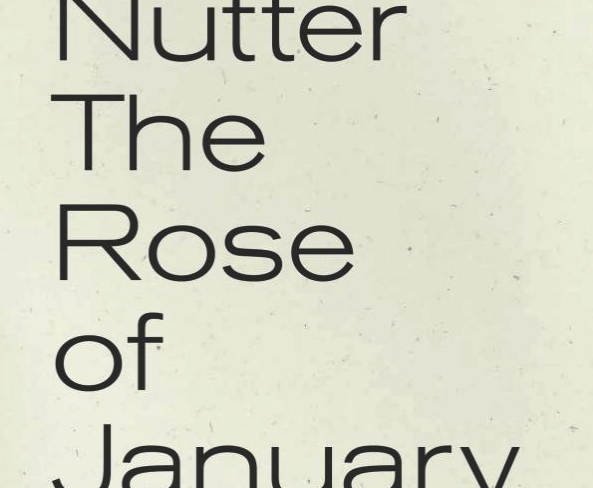 I’m such a sucker for honeyed pastels and unabashed music, two things amply present in The Rose of January, Geoffrey Nutter’s latest collection of poems. Lyricism and verbal colorings are here. So, too, a tremendous delicacy in phrasing and line. Let’s face it, the poetry part of poetry that’s so refreshing. Some of the enviable effects in Nutter’s third volume include its treatment of scale and perspective, which recalls the CGI animation of the Symbolists, their ability to infuse personality into discrete, brittle objects  (“The cupolas lean out across the water)”. Into also, as in the paintings of Arnold Böcklin, the not-so-secret source of de Chirico, their looming monumentality:

You need only
cross the Rust Belt to arrive
at the gates to the City of Brotherly
Love, where the Bell of Liberty
is waiting in its vitrine. Spread
across the Bible Belt lie the Cities
of the plain. Like the shivering movement
of the crystalline sphere, the Windy City’s
reflection shimmers on the nearly frozen lake.

Into the dusk-charged air of such words lies the vegetable kingdom of Keats and Schuyler, the textural-as-sculptural in Nutter’s arsenal. Like a calmer Dean Young, what lies beneath Nutter’s titles reveals an intersection of quietude and zaniness. Sensualists rejoice! Lovers of language’s eerie physicality. Oglers of its draping of shapely phrases with imaginary weight. Whatever’s smuggled into these poems—the Petronas Towers, Afghanistan cliffs, Lugers and New Jersey—obeys the abstract logic at the heart of descriptive writing: the sweet ease of writing’s intangibility, its virtual tease. No wonder this poet is so crazed with flower and fauna in nearly every poem. Neither gardener nor botanist, but rather, like Spenser, Nutter is a maker who recycles the fancifulness of certain sound-scripts endlessly. Romanticism’s softcore perfection, pixelated with pixie dust, newly updated for the suburban-sprawling, hazy Information Superhighway:

and now that the tropes have been exploited
on the tall illuminated billboards
let us turn our attention briefly toward
the green pearlescent night, the Heaven of Pearl
and its heavy book wherein the names
of the newly born are ever being written
in the spaces that the newly dead have left