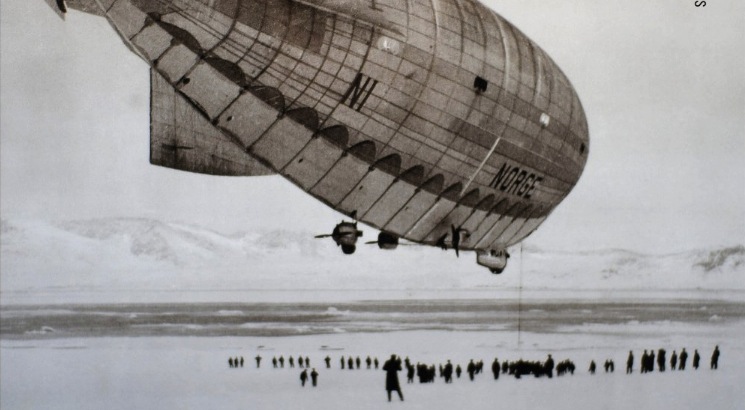 Anyone concerned about the state of American poetry should put aside his or her thesis notes and pick up a copy of 3 Sections, Vijay Seshadri’s fourth collection of poetry. (The Long Meadow, his second book, won the 2003 James Laughlin Award.) Mr. Seshadri is talented and assured enough to lay his self-consciousness bare on the page with a generous, fluid, avuncular wit reminiscent of W.H. Auden. From poems inspired by the Urdu tradition (“I don’t know why she still keeps my heart, / as useless to her as an unpaired sandal”) to jewels of colloquial wisdom (“The soul, / like the square root of minus 1, / is an impossibility that has its uses”) Mr. Seshadri can inhabit any number of voices. Meanwhile his own voice is a steady instrument—patient, agile, and sly:

How strange would it be if you met yourself on the street?
How strange if you liked yourself,
took yourself into your arms, married your own self,
propagated by techniques known only to you,
and then populated the world? Replicas of you are everywhere.
Some are Arabs. Some are Jews. Some live in yurts. It is
an abomination, but better that your
sweet and scrupulously neat self
emerges at many points on the earth to watch the horned moon rise
than all those dolts out there,
turnings into pillars of salt wherever we look.

Intimacy is a central concern of 3 Sections:

“I’ve experienced that feeling, I’ve felt that feeling, too,”
the people I know want to say,
but too long have distance, decorum, and self-consciousness governed
the interactions they have with those
who take care of their machines for them to break out
of the cotton-mouthed suffocations of the same,
of their sameness, which is, to be fair, mystifying to them.

Like Ann Lauterbach—reviewed below—he has a desire to push beyond the limits of the common lyric. “Pacific Fishes of Canada,” an essay about salmon fisherman, Cold War hostility, and overcoming despair, rearranges a number of themes more tightly woven in his poems:

It had been a while since the years of revolution, but the talk was still all about liberation –
not credible negative liberation from, say, privation, tyranny, censorship, and abduction by
night, but big American liberation, positive, material and spiritual, paradoxical and
unimaginable, crowded around with myths and poems and shot through with a seductive
incoherence.

Mr. Seshadri is more at peace with the “speaker” of his poems; his reports from the netherworld of doubt are less theoretical, more plainspoken:

The dependable charm of his voice allows him to take tremendous risks, the most remarkable of which is a long, wonderfully digressive poem entitled “Personal Essay.” It is the kind of work that reminds one of American poetry’s genre crisis, marked by Whitman’s essayistic poems and Emerson’s poetic essays. Within the space of a single page, “Personal Essay” dissolves the boundary between metaphysical discomfort and social consciousness. Its lines read like a cheeky echo of T.S. Eliot’s “Ash Wednesday”:

When Mark Edmundson, in a recent Harper’s essay, accused contemporary American poets of “casting unambitious spells,” surely this is not the kind of stuff he had in mind. Mr. Seshadri is well aware of poetry’s tiresome absurdities (“this…what to call it?…this piece of writing…”) but he has the good sense to carry on nonetheless:

As long as I’ve known myself, I’ve been here, right here, old man,
sitting in a cab at the corner of Atlantic and Troy
on my way to JFK,
looking at you and asking these melancholy questions,
and never have I got an answer that is anything more than
an affront to my rationality,
and I’m not going to get one today, no, or even get the
emollient effect sympathy for suffering creation
has on the leather of the soul, making it soft and pliable,
or the thrill of righteousness
that comes from imagining myself wasting the tyrant authors of your condition—
the minions of darkness who isolate us from one another.

Ann Lauterbach is an experimental poet in the best sense of the word. Erudite yet curious, readable yet uncompromising, her poetry explores the foggy terrain between self-expression and social justice. In Under the Sign, her latest collection since Or to Begin Again (a finalist for the 2009 National Book Award), Ms. Lauterbach offers an extended meditation on our culture’s impoverished discourse:

and we and they

Alternating between compact lyrics, epistolary poems, and chains of aphoristic prose, the book ranges freely across an eclectic intellectual landscape (Gilles Deleuze and Marilynne Robinson are cited in close proximity). Along with the author’s anxiety over the deceptive quality of verse (“art-making does not have the / clarity of an ideogram”) and the gulf between information and knowledge (“No one cares what you / say unless you say / the information”), the poems seem most energized when they take on the paradoxes of ideology:

On occasion the abstractions are simply too much (“protest as quickly shifting morphological abundance”), but ultimately Ms. Lauterbach cares less about theorizing than she cares about changing habits of perception. Her goal is not to deconstruct language beyond all recognition; it’s to explore what she calls “the functional generosity of doubt: doubt as engine of curiosity; the merging of skepticism with something akin to the structure of belief”:

Is fate shaped by an idea

and from the thing I

on the grave of the unknown?

Ms. Lauterbach is fascinated by ideas of the self, from Emerson to Warhol; for her “the self” is a testing ground for the value of personal experience. In an earlier book, The Night Sky, she points out that “experiment” and “experience” derive from a common Latin root, an insight that serves as a manifesto. The middle section of the book consists of fragmentary critical speculations (“The return of the sentence. The disavowal of mystery. The empirical cool. Journalism.”), which would come off as pretentious name-dropping if Ms. Lauterbach were not unmistakably sincere. She looks upon literary theorists as misfit comrades in a hostile realm, and she assumes that all readers—even those who live for the most part in Poetry’s outer arrondissements—are hungry for something meatier than your average simile. Most interesting is the implicit question: Why this constant need to validate oneself by making art? Why this ongoing ceremony of collaborating, posting, linking, sharing, reviewing? Partly it’s about sorting through “thought’s crowded integers,” but mostly it has to do with literature’s instinct for compassion:

A desire to collide: look at, read, listen to this! Not exactly, more like: be in this with me. So: unobtainable intimacy.

Geoffrey G. O’Brien’s People on Sunday takes its title from a silent film shot in Berlin during a single day in 1930, that vacuum between the two World Wars from which Hitler rose to power. Mr. O’Brien’s poems are noteworthy for their breezy mindfulness, which disguises the fact that his book is really an X-ray of American culture: the gradual loss of civic virtue, the rarely-mentioned prison crisis, the country’s general failure to take the Occupy movement seriously. And then of course there are the wars:

The good and bad have the same structure.
Let me be more specific: during the war
I remained unreal in order to match
The conflict’s absence of termination
Or my experience of being involuntary
Went decisional, non-native grasses in the park,
Patterns at the edges of the game.
Or I joined one moment of helplessness
To another so that a perpetual intimacy

Spanned them, defeating time by further
Dividing it into nameless parts relation
Obtains among.

Mr. O’Brien returns again and again to poetry’s social potential, but he isn’t naïve enough to assume that everyone will take it seriously:

The few readers we promised ourselves

Are us, waiting for time in the general sense.
But days come and the character
With which to measure them unfit
To stand trial. Such that the poem
Is not believed to be the most distant
Object ever seen, a porchlight.

These lines are from “The Names of Production,” a long poem that tests the weakening links between poetry and politics. Mr. O’Brien knows, even as he quotes from the likes of Allen Grossman and Edmund Spenser, that poetry is now the coin of the realm. Pausing after the wonderful phrase “the dragonskin of community,” he then returns his reader to the reality in which we live:

Dragon Skin is also the name
For a type of flexible body armor produced
By Pinnacle, made of high tensile ceramic
Discs arranged in an imbricated overlapping
Configuration then encased in an aramid
Textile cover. There’s a Level V variant
Not available to the general public,
But the public needs no protection
So long as it stays general.

There is a genuine fear underlying this book that our lives are becoming commodities, and that our political inertia might be fatal. But there is also a long-simmering idealism just below the surface. Several of his most effective poems are about the search for community, as well as the more basic problem of how we come to know other people:

The best things train us
For what you have to
Get, can only get
From complete strangers

Who aren’t by the time
You do.

Mr. O’Brien pays close attention to the world. Haunting the edges of these poems are the Arab Spring, Spanish unemployment, school shootings, and the healthcare debate. Despite a powerful and ever-present instinct to turn away, the poet never truly does; instead, he launches an inquiry into the risks and rewards of serious fellowship. “Entheogen” addresses the organizer of a conference in New Mexico:

Your inspired tactical
Reasons for picking N.M. as a place
To think in, a place to invite
Those with whom you want to imagine
Restoring the world as functional
Subject of interdisciplinary whatever
You decide you want together, however
Briefly.

The title poem expands this theme to the public sphere at large. A long meditation on friendship, romance, collective living, bathing suits, and city parks, it combines the acuity of documentary film (“the inadvertent clock of a faucet / leaking”) with the warmth of human attentiveness:

Now the midafternoon when storefronts thrive,
Fountains rise a little higher, vision pans
Always to the left across construction sites,
Laundry hung out windows, public statues
(Men or animals) and even an obelisk
Crowds rotate around rather than confront
Their obvious destination. In time
It’s all sand, even the marble, so smile
While holding still whether naked or not,
Knowing or not, fat with discomfort
Or aware it’s a trap even when surprised
To know this. Those in front of a camera
Are missing in a saintly way, statues with lives.

Tracing Sunday’s arc in terms both hopeful and elegiac, the poem accrues its meaning by way of an ever-widening vision. It wants to include every passerby, shed all decorum, speak to every lost stranger. Mr. O’Brien is interested in what it would take to connect beyond our networked selves, and what keeps us from doing so.