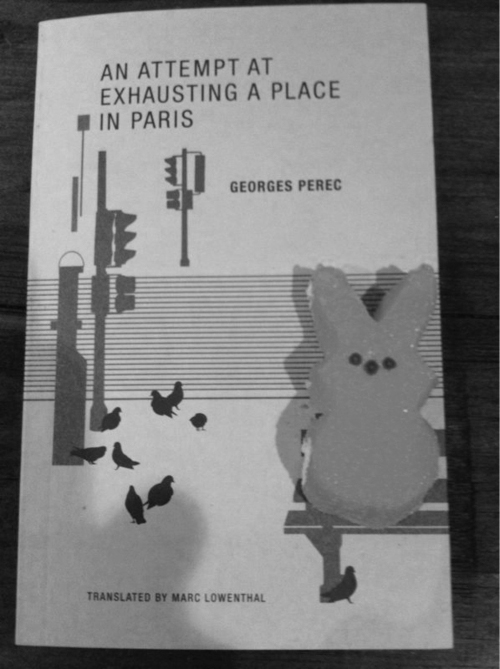 I like to force things. It’s been a problem of mine since I was very young. My father used to explain to me that you can’t decide something about the workings of the universe unless it’s proven itself. You can’t always be in control.

When I started this week’s column sitting at a friend’s kitchen table near World’s End in London, I tried to figure out what would follow “Car Crash” and “Bird Cage.” I considered discussing English dialects throughout London and afield, but that felt forced in the same wrenching, young angst-y way I used to feel when I decided someone would be my friend or lover and then it didn’t work out. There are cosmic reasons we are drawn to other people—some timing, some biological, but none successfully manipulable. So, no dialects. Word. (Colloquialism joke. Not so good, I know.) Then, I saw a Finch’s Quarterly Review in the stairwell and thought about discussing similar publications, this one included, and how they’ve popped up in certain places and times.

It wasn’t that time.

Then, I sat down with my friend’s father to talk photography and Judaism in the Wild West. Both conversations felt destined for some longer-form collaboration. Still, no column. At breakfast one morning, I met a new friend through the introduction of another and we talked about the Oulipo. All I had to contribute was the winning anecdote about posting a photo on my blog of a marshmallow Peep rabbit “sitting” on the empty chair on the cover of a paperback version of Perec’s An Attempt to Exhausting a Place in Paris. I needed more time and research to properly go there. With my headspace as it is right now, I would end up talking about just how exhausting it is to find a place (to live) in Paris. Am also wondering if I can use “Perecquian” in my backstage beauty coverage for awesome, height-defying hairdos. Does it translate?

Which brings me to another thought as I sit here trying to translate a text from French to English. Is this the moment to talk about my passion for translation as I’m about to pack up and head off to Milan for another fashion week? Not really. And so, here I am: somehow having taken a path similar to that of my other writing, a strange narrative connecting things that don’t necessarily connect and finding myself feeling oddly satisfied at the end.

As an adult, I can see that this is exactly what my father was referring to. The changes, failures, loves and everything else in between don’t always make sense until, for whatever reason, it feels right at