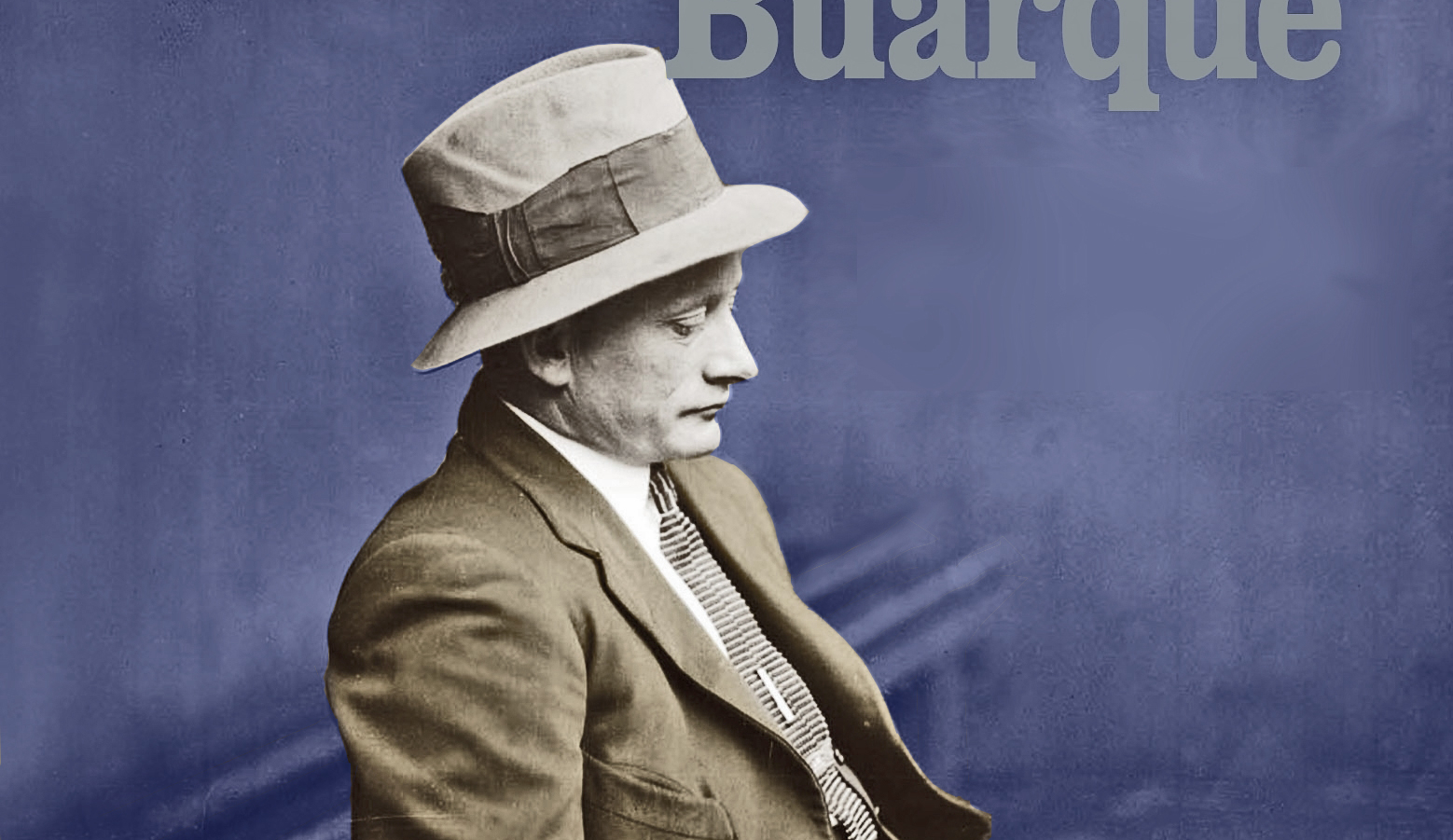 The Brazilian musician Chico Buarque often gets called “the Bob Dylan of Brazil.” The characterization refers to his poetic lyrics, to the way his songs serve as national allegories, and to his status as a figure of political dissent in the 1960s and 1970s. According to this criteria, Brazil actually had several Bob Dylans: Mr. Buarque, Caetano Veloso, Gilberto Gil, others. These artists came of age under the country’s military dictatorship, which began with a military coup in 1964 and lasted until 1985. Once the face of popular resistance to dictators who jailed, censored and banished their opponents, Mr. Buarque today presides over Brazilian culture as an elder statesman, revered not only for having placed himself on the right side of history but for having influenced subsequent generations of popular musicians in the process.

In the past twenty years, Mr. Buarque has moved away from producing and performing music. Just as Bob Dylan now moonlights as a painter, Mr. Buarque has transferred his prodigious creative energy to writing novels. Because his music and lyrics are canonized in academia, he is the kind of novelist whose books tend to be read, like his songs, as explorations of national identity. The impression I had when reading Mr. Buarque’s latest novel, Spilt Milk, was that he has affected a transition from the Brazilian Bob Dylan to the Brazilian José Saramago or Orhan Pamuk or Gabriel García Márquez. These authors write books where a protagonist’s limp is a metaphor for a country’s crippled left, or a protagonist’s name is a pun about ethnic rivalry. They write national allegories that win the Nobel Prize. Read in such a fashion, Spilt Milk might be a book about race relations in Brazil. Formally, it’s also about Mr. Buarque’s own history, a reapplication of a linguistic strategy developed under a time of censorship and now applied to the novel.

In periods exiled abroad in the early 1970s, the Bob Dylans of Brazil pined for home, lonely and freezing in European capitals. “Please write me a letter,” sang Caetano Veloso to his sister from London. “I wish to know things are getting better.” Once they returned home, the musicians ceased their mournful lamentations. It was an era when Brazilian newspapers would run recipes for banana cake or verses of Camões’s The Lusiads on the front page to denote the absence of their censored copy. The Bob Dylans of Brazil produced music according to the same playful logic, with similarly surreal results. The Brazilians joined their global peers in mixing acoustic and electric, in making a sort of Beach Boys-to-Beatles transition to disillusionment, and in decorating their album covers with paisley and flowers. Some musicians, like Tom Zé, pushed their music to the point of Dadaist experimentation. What distinguishes Brazilian popular music from this time is its wordplay: the singers punned, they alliterated, they elided acceptable words until they recalled the unacceptable. They played with consonants as if they were tactile things to be picked up and stacked. You don’t need to speak the language to feel it: “Te quero te quero querendo quero bem,” sang Tom Zé in “Dor e Dor.” “Diz que deu, diz que Deus, diz que Deus dará,” sang Mr. Buarque in “Partido Alto”.

Their songs used parody, intertexuality, irony, metaphor—strategies of literature—to make their points. Lyrics presented a challenge and a puzzle to listeners. When Mr. Gil and Mr. Buarque sang the word “cálice” (chalice) their audience heard cala-se (the imperative “shut up” and a protest against censorship). Mr. Buarque’s “Construção” a song about a construction worker who falls to his death, follows a strict poetic structure of thirteen-syllable lines. Each line ends with what linguists call a proparoxytone, or a word that stresses the antepenultimate syllable. By shifting the words that modify the end of each line, Mr. Buarque’s lyrics spin vertically like the reels of a slot machine. The collective linguistic strategy became known as linguagem da fresta, the language of the fault line, of the gap, of the saying of things that could not at the time be said.

Mr. Veloso’s voice was somehow too dulcet to properly condemn a military regime. Mr. Buarque, who was twenty at the time of the coup in 1964, was the most overtly political of his peers, though not as pretty of a singer. He sang more in the mumbling way of old-school bossa nova, taking the traditional forms of popular music and adding a layer of class consciousness and urban malaise to the Carnegie Hall legacy of tan girls and beaches and the Corcovado. Unlike the others, he never looked like a hippie. Caeteano Veloso and Gilberto Gil found him conservative. He wore button-down shirts and kept his cherubic brown curls short. He looked like what he was—a handsome upper middle-class architecture school dropout from Rio de Janeiro born into a family of public intellectuals (his father, Sergio Buarque de Holanda, was a widely read historian). Mr. Buarque saved his experimentation for his music, singing in the role of an ostracized transvestite prostitute, a depressed housewife, or an exploited day laborer. He also wrote plays. The first, Roda Viva, completed in 1968, earned him jail time. Another, Opera do Malandro, a musical first performed in 1978, was also censored.

As the dictatorship waned, the themes of Mr. Buarque’s music shifted. From double entendre criticism of the people in power he moved towards stories that documented the lives of people in Brazil’s rapidly growing cities. He wrote of petty criminals, blue-collar workers and 9-to-5 drudges. He wrote of Carnaval, which in Brazilian storytelling has traditionally served as a dramatic backdrop in the manner of a storm in a Shakespeare play: a time of heightened emotion and suspended rules. Then he transitioned to novels. Without the music to carry it, however, linguagem da fresta loses a little of the magic.

The narrator of Spilt Milk is Eulálio Montenegro d’Assumpção, an addled centenarian who relates his story to a shifting cast of indifferent (or at least silent) audiences. He regales his addressees from a bed in an overcrowded public hospital in contemporary Rio de Janeiro. It’s unclear if anyone is paying attention. Sometimes he addresses his attending nurse, sometimes his elderly daughter, sometimes his long-dead mother. Even he is confused about his interlocutors, struggling to determine whether they are living or dead. His unreliability as a narrator is established from the first page, when he invites his nurse to marry him. He describes what he can offer: a ranch outside the city, a mansion in Rio’s Botafogo, and the tokens of inherited wealth—“lace, crystal, silver, jewels, and name.” In what is characteristic of the book’s circular pattern, he quickly corrects himself. “In fact,” he rambles, “they built an eighteen-story medical centre on our land, which reminds me, the mansion isn’t there anymore.” It also turns out that the government expropriated the farm in 1947. Eulálio’s life story is one of waste and regret—one example of the spilt milk of the title.

Through the repetition of images and memories, the story of Eulálio’s hundred-year decline soon emerges. Born to a white upper class family that spoke to each other in French rather than Portuguese, whose servants were descended from slaves and who had fixed ideas of racial purity and social comportment, Eulálio entered adulthood with a sense of entitlement and overconfidence in the righteousness of his ideas. Mr. Buarque takes particular care to emphasize Eulálio’s theories on race relations. After describing the sexual attraction he felt for his black servant, Balbino, Eulálio states, “I assure you […] that this association with Balbino left me an adult without prejudice against color.” Mr. Buarque plays here with a famous theory proposed by the Brazilian anthropologist Gilberto Freyre in the 1930s. Known as “Lusotropicalism,” his theory held that the Portuguese were uniquely humane colonizers in part because they did not condemn interracial sex. The Portuguese deployed Freyre’s theories to justify their continued colonial presence in Africa. In his own country, Freyre’s ideas contributed to a self-congratulatory assertion that Brazil, despite its history of slavery, does not have the racial problems of the United States or South Africa. This refusal to recognize the legacy of racial inequality has meant that certain structural inequalities—the overwhelming whiteness of the country’s economic and governmental elite, for example—have persisted unaddressed.

Eulálio marries Matilde, a young woman adopted into a neighboring family whose probable ancestry Eulálio tries to ignore. “Matilde’s skin was almost cinnamon, but mulatta never,” he insists. “She had, if anything, some Moorish blood, via her Iberian ancestors, or perhaps some distant indigenous forebears.” In denying that Matilde’s ancestors might have been slaves, Eulálio denies her a history that would reveal his own ill-begotten gains and tenuous claims to superiority. After a marriage in which a jealous Eulálio occasionally abuses her, Matilde vanishes. A scene of her expressing her breast milk into the sink and weeping shortly before she leaves is a chilling literalization of the novel’s title. Her fate becomes the great unsolved mystery of Eulálio’s life, and his account of what happened to her varies chapter by chapter. Sometimes Matilde has committed suicide, other times she has run off to Europe with a French engineer, or she contracted tuberculosis and died in a sanitarium. Regardless, she left behind an infant daughter and a broken man.

As time passes, Eulálio loses his fortune. His business as an arms dealer is undermined by his over-reliance on family connections. One by one his assets disappear. Successive generations of Eulálios illustrate the story of recent Brazilian history. His daughter, Maria Eulália, ends up a convert to evangelical Christianity. Her son becomes a communist who dies imprisoned by the very military dictatorship his grandfather tries to arm. His great-grandson becomes a drug dealer whose girlfriend has tattoos and a belly button ring. By the end of this endlessly circling book the path of the family’s fall to the margins of society has become more or less clear. “My Portuguese great-great-great-grandfather’s name Eulálio, passing down through great-great-grandfather, great-grandfather, grandfather and father, was for me less of a name than an echo,” he says. If for successive generations the name brought prestige, by the time it reaches the narrators’ descendants they have lost any sense, or care, for its origins.

But what of Matilde? “Ah yes, a colored girl we brought up as one of the family,” her white adoptive father says to Eulálio. It is a simultaneous acknowledgement and erasure of Matilde’s difference from her white siblings that mirrors the national denial of the specificity of Afro-Brazilian experience. And so both Matilde’s outcome and her origins have been erased—her milk has gone down the drain. In Mr. Buarque’s narrative, contemporary Brazil treats both Matilde, the Afro-Brazilian descendent of slaves, and Eulálio, the oppressive Portuguese-Brazilian descendent of colonizers, as obsolete categories of national identity. As in the United States, claims to the historic experience of racial inequality are dismissed with recourse to the multiculturalism of the present. There’s no use crying over spilt milk.

Eulálio, however, remains insistent. “If with age we tend to repeat certain stories, it’s not senility, but because certain stories don’t stop happening in us until the end of our lives,” he says. Perhaps Mr. Buarque means this as a chastisement. Eulálio’s stories are ones his country, in its contemporary ascent, would perhaps wish to have written off as the madness of ancients: the snobbery, racism and European fetishes of the defunct Brazilian upper class. Mr. Buarque, in his role as national bard, reminds his readers that certain stories do not stop happening.

This review has been drawn from the January issue of The American Reader.