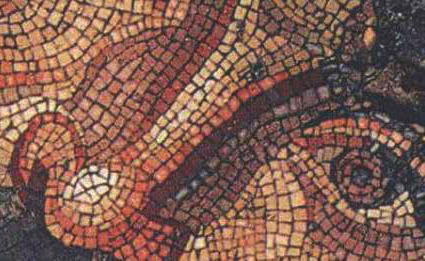 A Long Day’s Evening, a short novel by the late Turkish novelist Bilge Karasu (1930-1995), is the author’s first published work in English in more than eight years. Focused primarily on the tribulations of two Byzantine monks, the novel is preoccupied with iconoclasm as a political force. It is also marked by Karasu’s ironic and sometimes troublingly purist approach to modern Turkish culture and language.

Karasu’s heyday came in the 1960s and 1970s, when Turkish literature, no less than the literatures of Western Europe or the Americas, was beginning to luxuriate in certain aspects of postmodernism that are now thoroughly domesticated (consider Oprah’s espousal of García Márquez a decade ago or Tom Hanks’ role in Cloud Atlas). Among these are maximalism, narrative disjunction, and a fondness for narrative registers akin to those of children’s stories and folk tales. But while Karasu’s compatriot and sucessor, Orhan Pamuk, has parlayed such characteristics into a Nobel Prize and a reliable spot in American bookstores, Karasu himself has long remained obscure.

This winter, A Long Day’s Evening appears in English translation, a collaborative effort by Aron Aji and Fred Stark. The work is short (even with Mr. Aji’s helpful and illuminating introduction, it is less than 200 pages), but divided into three distinct sections, each with the scope of a short story. What we might call the “novel proper,” translated by Mr. Aji, occupies the first and second sections (“Island” and “Hill”) of the book, while the third section (“The Mulberry Trees,” translated by Mr. Stark) constitutes something of a short appendage to the work.

In his introductory essay, Mr. Aji compares this structure to a sonata, wherein the third section recapitulates the themes of the prior. But if I could suggest my own analogy for the novel, it would be that of a triangle. This triangle, I should add, would be roughly isosceles: “Island” and “Hill” are linked in telling a single, coherent story of two eighth-century Byzantine monks living through the “evening” that will end the “long day” of classical antiquity. Theirs is a dusk, as Karasu lucidly conveys, even to a reader unschooled in late antiquity, that takes multiple forms. The inheritors of the Roman Empire are imperiled by outsiders: we learn of Lombards calling the shots in the Roman west and of Arabs, newly converted to Islam, stirring in the Greek-speaking east. In Constantinople, moreover, Emperor Leo III mandates the destruction of icons that have been central to Christian worship for centuries.

The textbook term for this last development is iconoclasm. To use the word is in certain ways counterproductive, however, signalling to contemporary ears a welcome act of transgression, the disposing of unneeded taboos in a creative endeavor. Iconoclasm in the age of Leo III is more destruction than innovation, a paroxysm of the state more akin to the Taliban’s dynamiting of Buddhas than the innovations of Van Gogh or Philip Glass. For Andronikos and Ioakim, the monks who narrate “Island” and “Hill,” respectively, iconoclasm is the central catastrophe of their lives, driving their movement away from one another and shaping what there is of a plot. In both sections, however, the novel’s unfolding serves more as a basis for the characters’ internal speech than to keep the reader in any genuine suspense. Had Karasu written a play rather than a novel, it would resemble Waiting for Godot, not The Lion in Winter.

In the case of Andronikos, who flees his monastic life in the face of the iconoclasts and takes rather ill-considered refuge on a deserted island, the change of scene provokes a series of observations that range from the sensorial (the colors and shapes of the island) to the speculative. In one early passage, Karasu has Andronikos, inspired by the solitude of his surroundings, ruminate on the significance of zero:

Somehow, it occurs to him that what the mathematicians call zero is utterly—and unexpectedly—different from all the terms he has invoked until now when thinking of nothingness. God alone was able to transform chaos into order. But human beings have had to overcome zero, by one, by two, by three. . . . The forest surrounding him now is zero.

The appearance of zero (“sıfır”) in Andronikos’ thoughts is anachronistic, since it would be centuries before the full concept of the number entered Christendom from the Islamic east. But even if we call this an error on Karasu’s part, it should be clear that he is less concerned with the minutiae of the past than with ruminating on a problem that he believes transcends any era: the plight of individuals—limited in lifespan and political agency—radically displaced by political upheaval.

The second section jumps narrators, decades, and half a continent. We are now atop the Aventine Hill in landlocked Rome, privy to the thoughts of Ioakim in his old age. There is a certain doddering quality to the aged monk’s thoughts, conveyed on occasion by sentences that Karasu abandons without a full stop, much less a logical conclusion:

Nonetheless it is through Ioakim’s senescent recollection that the core of the novel’s plot is related: the affection between the two monks, Andronikos’ fate after his escape to the island, and how it is that Ioakim escapes to the West. The section also contains the highlight of the novel: a fairy tale told to Ioakim en route to Ravenna that he half-remembers, but which steals the show from the frame story in a way reminiscent of the “Cupid and Psyche” episode nested within Apuleius’ Golden Ass. Here we learn, through the filter of Ioakim’s poor memory, of an architect who is ordered by an unknown contractor to build an elaborate palace that must be “at once extraordinary, at once familiar to everyone.” But the architect is given one final rule: “No two stones of identical color can be set either side by side or one over the other, except once, in one singular instance throughout the immense palace.” When the architect sets to work, he becomes so daunted by the external requirements that he repeatedly tears down his structure. Eventually the architect, now elderly, forgets the rules altogether. The edifice that remains fails to resemble a barn, much less an extraordinary palace. This tale of the architect reminds us that iconoclasm is often executed by numbers: dictated from above, self-inflicted from below.

The era of iconoclasm represents to Karasu’s two monks what Christianity represents to the Apostate Emperor in Gore Vidal’s Julian: a puritanical fervor that would overturn the centuries-old rituals upon which society had come to depend. But we should also not forget Karasu’s own engagement with the linguistic iconoclasm carried out earlier in his own era.

Unmoored after the First World War from its long history at the center of the Ottoman Empire, the nation of Turkey embarked on an ambitious program of modernization and secularization under the leadership of Atatürk. One element of this program was a reform of the Turkish language: the Arabic alphabet was abandoned in favor of the Roman, and the Turkish vocabulary was purged of loanwords from Arabic and Persian, which had once comprised a sizeable part of the everyday language. The net effect was to shift Turkish identity not only “westward” (toward the alphabet of Western Europe and the vocabulary of the French, from which new loans were often made), but also inward, breaking long-standing ties between Turkish speakers and their neighbors to the east in favor of a new identity as the Turkish people.

Nor were the reforms a passing fit, as was Hitler’s interest in “purifying” German of its Romance borrowings. They were, as the subtitle of a study by the late Geoffrey Lewis attests, a “catastrophic success”: patently successful, since they “took” where the efforts of those more totalitarian regimes did not, and arguably catastrophic, inasmuch as they rendered writings from even the early 1900s surprisingly opaque to those educated in the post-Atatürk era.

A Long Day’s Evening, as it happens, is written in a Turkish that is purer than pure; Karasu leaves out not only the usual pre-Atatürk vocabulary, but even the Turkish word for “and,” which is derived from Arabic. Mr. Aji suggests that this stylistic decision underscores the “severe isolation of individuals,” but it is hard not to see it as isolating the author from his two characters, who are fleeing a cultural change at least as monumental as the reform of the Turkish language. Whether we call this irony, or merely one of the tensions inevitable in writing literature in the age of the nation-state, it is a predicament hard to imagine for educated Anglophones, who can read a century-old speech without frequent recourse to a dictionary.

With this issue of cultural politics in mind, the third section of the novel should come across as far less puzzling in its relationship to the rest. The “base” of the novel’s triangle, “The Mulberry Trees,” takes us forward more than a thousand years to the twentieth century. We are treated first to reminiscences of Fascist Italy, then to the Turkish military coup of 1960. In so doing, the section (whose narrator is not easily distinguishable from Karasu himself) completes the novel’s geographic loop, taking us from the geographic successor of ancient Rome back to the East–now Turkish–that Ioakim fled. Leo III is long gone, but power remains; leaving Mussolini behind, we are told of soldiers firing on students in Ankara and Istanbul. What Mr. Aji calls “the paradox of liberation by force” reappears in modern Turkey, which makes the plotters of the successful coup something like heirs to the emperor.

What is unclear, however, is Karasu’s own assessment of the uses and abuses of power. The protagonists of the novel have their lives thrown into upheaval by iconoclasm, and the reader is clearly meant to sympathize with them. But the 1960 coup, like the reforms of the Turkish language, can also be considered a “catastrophic success,” reaffirming through force the secular and nationalistic ideals of the Turkish state. One might be tempted to read the story of Andronikos and Ioakim as an allegory for the traumas engendered by emerging political identities. In fact, though the reader is asked to sympathize with the weak and idealistic, caught up in struggles waged from above, Karasu’s own words betray (perhaps inevitably) an acquiescence to power, whose attempts at “purity” can shape not just the political domain but also the language with which one encounters the world at large.

This review has been drawn from the January issue of The American Reader, which you can purchase here.