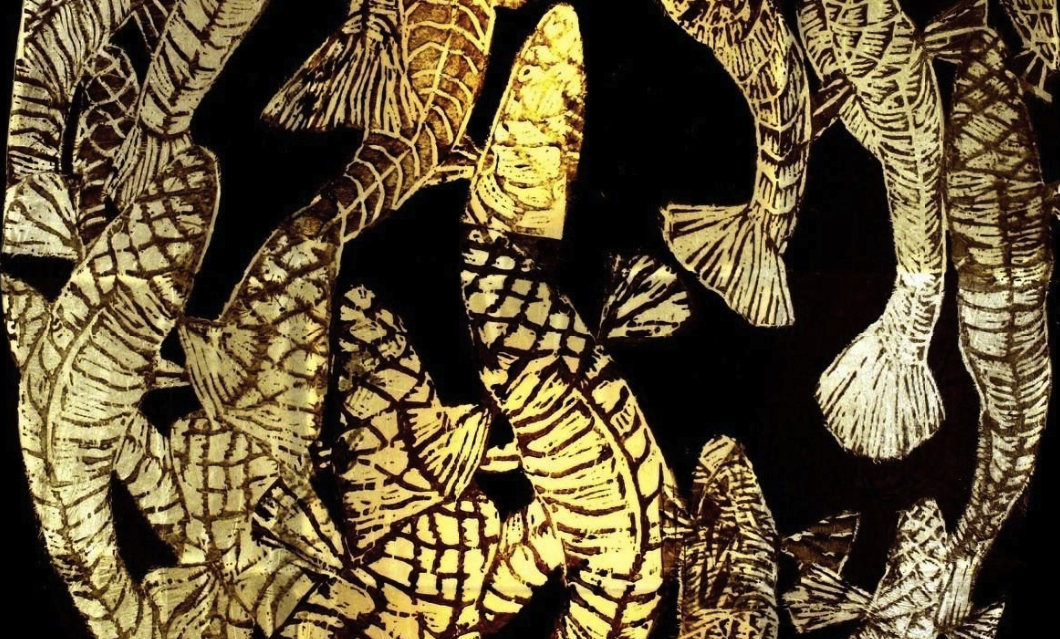 The following poems have been drawn from a portfolio in the Anniversary Issue of the American Reader, available in our Shoppe, as well as in independent bookstores and Barnes and Nobles nationwide.

Sedna was the prettiest girl in the village:
nice hair, nice hips, she moved like a seal in the water
inside her furs. Unhappily it pleased her to take up
with the village dog, having found neither the man
with the biggest canoe nor the man
with the keenest fishing-spear to her tastes.

She sat all day inside with the dog and made for him
little fetches, little spirits of feather and bone and reed—
emerging only to gather cloudberries and caribou moss,
to take from her father’s stores strips of savory flesh
for their wedding feast, and furs of wolverine,
that sloughs off ice, for their nuptial bed.

On the Turning of a School of Fish

I turned because you turned, although
I did not know why you turned, but
because I turned and you turned
it became we turning and we
bent our bodies and the body of
our bodies like light breaking
around the source of the alarm,
some hungering thing, some shark,
some needle stabbing
and stabbing for the source
of our quickness as we bent
and bloomed away

“These say nothing to us;
they are too primitive.”
It is like trying to hold a stone
in your mouth and speak.

The great black bull has at or in his side
a small red cow.
Or the cow, small and red, is wearing on her back
a great black bull.
They are running side-by-side
or into each other,
like lovers running into trees for shelter.

They cry, We were painted in the dark.
We are fording the dark—
The Hyades brought rain when they rose with the sun,
and now our breasts are dark with the water.

We are swimming the river,
our throats are splitting the water.
We are rising with the banks.
We stand on the banks
and shake our heads:
our antlers bristle in the moonlight,
our coats slap against our sides,
heavy like black earth.

We have swum the river.
We are swimming the river.

IV. The Bird-Man at Lascaux

The bison tosses his boulder-shaped head;
his neck torques with muscle.
His shoulders are like mountains.

The man is already wearing his death
in his face as he falls.
His fingers splay like crows’ feet,
and all his thoughts have fallen
to dust, a little seed, a little clear water.