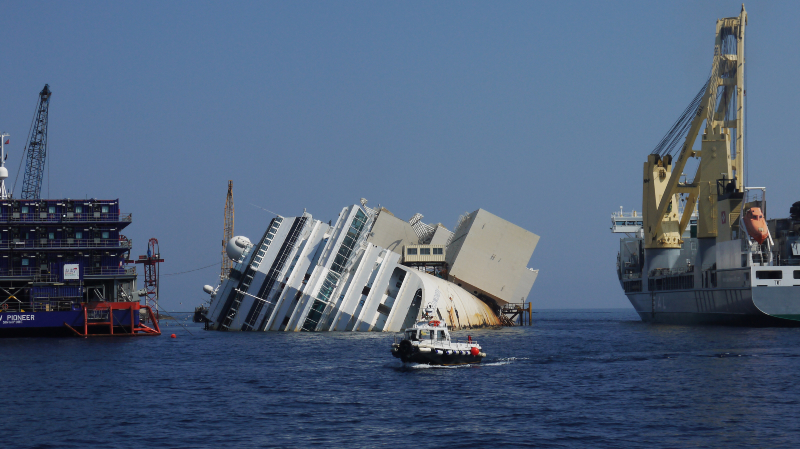 Over a mammoth arc of the earth, from the South China Sea to the Indian Ocean to the Black Sea, the past six months have seemed almost contrived to remind us of the capacity of seascape to diverge from land-logic in the face of the unforeseen. The United Year of the Oceans was a decade and a half ago, 1998; the current one, 2014, has thus far made of itself a Year of Maritime Muddles.

To begin with, there is the disappearance of Malaysia Airlines Flight 370, which has not only meant the probable death of 239 people and made a convenient refrain for CNN pundits, but has also reminded us of the seafaring relativity that satellite-dependent technologies have been devised to tame. Untrackable by the means to which we have become accustomed, the plane has, we might say, disappeared into an ocean of the past. From more than a hundred times the radius of earth’s orbit away, Voyager I still beams back information from interstellar space, but this particular Boeing 777 seems as lost as any Spanish galleon ever was; if, indeed, it is ever found, it will have been only by means of dead reckoning, revived for the age of jets and satellites.

Outside of the realm of accident, both Russia and China, two nations with long aspirations to thalassocracy but longer histories bound up in the mass of Eurasia, have reminded the rest of the world of their maritime ambitions. Putin’s Crimean blitzkrieg, after all, has entailed more than Ukraine’s losing a landmass the size of Massachusetts and population on the order of Brooklyn’s. By extension, It has also meant a redrawing of the gradients of the Black Sea. Belts of natural gas that surround the peninsula and were Ukraine’s, are now another de facto Russian possession.

At the same time the People’s Republic of China, in a vaster space and with perhaps a longer game in mind, has stirred up its own international ruckus in the South China Sea. Resurrecting, like Russia, an old geographic image of itself—the “nine-dotted line” first drawn by Nationalist China in the 1940s. The area involved is resource-rich, as well, and the number of states affected (six) and the scale and audacity of the claims is staggering. And yet, perhaps from occidental myopia or because no land is at stake, no recaptured Crimea or restive western province, American news has been quieter.

Toward the beginning of his opus The Sea Voyage Narrative, Robert Foulke argues that travel by sea is, or at least traditionally was, more bound up, more dependent on the measurement of time than is travel by land. “The simple act of laying out a ship track on a chart by using positions determined on successive days,” he notes, “connects time and space visibly.” This was especially the case before advances in navigational technology in the late eighteenth century, before which navigators employed “deduced reckoning,” multiplying time and speed to arrive at distance. One can’t help imagining that subsequent students of Algebra might have been rather more excited by the life-and-death calculations that such navigation demanded than by those passengers trains running opposite courses along safely parallel track.

At the same time, Foulke’s argument is, like many interesting points, bound up with a parallel-but-opposite corollary. As he notes, the conventional unit of nautical velocity, the knot, is the speed required to traverse a nautical mile in one hour. And yet this seems somehow unsurprising. As Foulke observes,

Space and time have always merged more obviously at sea than they do in much of human experience.

In reading this, one might consider that the development of Global Positioning may have eliminated the practical need for “dead reckoning” but has, simultaneously, reinforced the links between space and time. Even if we leave aside the most abstract links (i.e. general relativity), it is worth noting that the meter itself, which was once based on a decimal division of the earth’s surface, is now defined in terms of time: it is the distance travelled by light within a tiny fraction of a second. Where convention once standardized the meter with a bar of platinum housed in France’s Archives Nationales, it has now made it a sibling to the lightyear.

Modernity, then, while supplying navigators with more accurate tools than deduced reckoning, has made all of us something like their predecessors, dwelling in space that cannot be fully disentangled from time. GPS gives one an easier sense of location, but its power to do so depends on a network of moving satellites, determining location as they orbit with the earth. Whatever the illusions our iPhones, Garmins, and airplane screens provide, we are all seafarers now.

This has not, however stopped another of those eighteenth century developments–namely, the sovereign nation-state–from attempting to draw land-like lines along the open sea. Where such spaces were once an international commons, unyoked from the system of borders maturing from Meiji Japan to the Oregon Territory, they have increasingly been drawn into the spatial logic of land frontiers. John of Patmos’ notion, in Revelation 21, of a world where “there is no longer the sea” (he thalassa ouk eti), might sound uninspiring, if not downright dismal to most, but the dream of a territorialized sea, subverted to the material wants of the nation-state it girds, is its undeniable ideological descendent. In turning sea into un-sea, this vision transcends thalassocracies like fifth century Athens or the British Empire, which still figured the seas as an open matrix for generating the routes of soldiers and colonists, slaves and goods.

Of course, the details of such a vision, like those of any utopia, will vary from nation to nation and leader to leader. In the practice of international law, however, they have come to look a little like John’s New Jerusalem, built atop concentric rings of precious metal: there is a zone visible from shore, a zone for exclusive fishing, a zone for oil rigs, and so on. Land territory is, in the eye of a given nation-state, a binary phenomenon: here is India, a right-minded Indian will say of Kashmir might say, and there is Pakistan. The sea, at least in the absence of a New Earth and of a New Heaven to sanction its politics, remains a series of gradients, belonging or not belonging depending on intended human use. 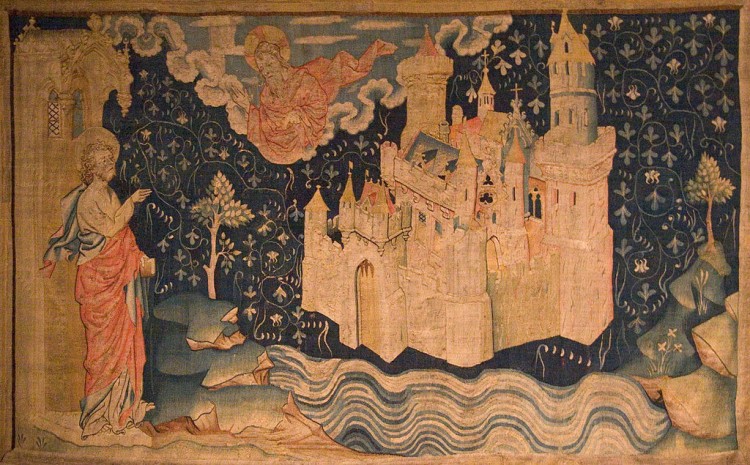 Whatever the appeal of the seas to our attentions, land is a surface with priority in our geographic and spatial minds. It does, after all, to hold us and hold us up without apparent technology and artifice, while the sea will strike most of us foreign, abstract and, etymologically speaking, protean. Proteus, after all, was Greek myth’s Old Man of the Sea, who takes on a variety of forms as the Spartan king Menelaus wrestles him.

Anyone who has stared at breaking waves will understand how the imagination of antiquity could devise such a figure, who changes from snake to leopard, from leopard to pig before one’s eyes. What is harder for us, as we imagine the world around us, is reconciling such a capricious image with the blue expanses we see on maps and globes, where it is given, despite its unending peculiarities, a rough equivalence to the masses it encircles.