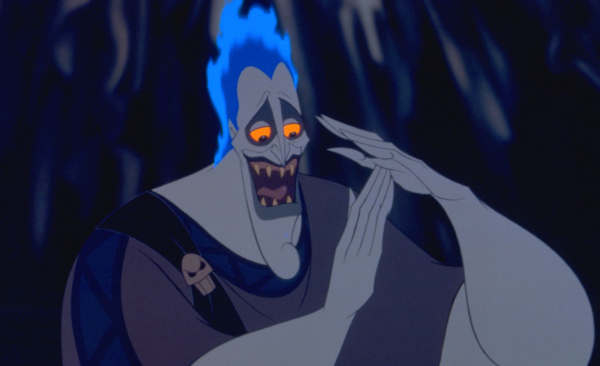 There is a strange word that appears in Ancient Greek literature, a verb that describes a mental process: bussodomeuō. We could translate it as “to inhabit the base” or, more succinctly, as “depth-dwelling.” Such a gloss might be the best we can do—if we manage to understand the word in literary context, we find a cluster of associations that cannot be easily shoehorned into English.

The Greek word describes a less-than-optimal blend of psychological elements. Depth-dwelling is to brood (etymologically, to “nurse”) and simultaneously to scheme. It is to ponder one’s pains and losses while thinking of a plausible next move.

In its earliest known uses, in the Odyssey, it is what Homer describes Odysseus’s son Telemachus as doing as he plots revenge against the suitors that have taken up residence in his father’s home. Perhaps not coincidentally, it also describes the activity that those suitors perform as they scheme and prey on a moment of weakness in Odysseus’ household.

But the same word is not limited to villainy. When Zeus, for instance, in the Shield of Heracles poem traditionally ascribed to Hesiod, forms a plan to disguise himself to seduce Heracles’ mother-to-be, Alcemene, the verb makes another appearance. In his brooding desire, he broods on a dolon, a trick or stratagem that will allow him to seduce her. This is a frame of mind in which the fate of households is determined and heroes are conceived.

We might thus say that depth-dwelling expresses a process of transition between an affective state–some longing, desire, or unexpressed need–and a mental process designed to fulfill that need by whatever means are at one’s disposal. In a sense, it is both to lay on one’s back and to imagine how to prop oneself up again, to lurk in the depths and at the same time shape the world that stretches above them.

What is fascinating about this word is that it assigns power to depth rather than height, and proposes a kind of “depth” that is divorced from authenticity or richness of character. We might wish to call this space “lowness,” except that this characterization would be equally problematic. Those who lurk in this metaphorical space may differ radically in ethical stance or social position.

After all, Zeus is the chief of the Olympian gods, spatially high and systematically the highest. But as he stirs on Olympus in the night he is literally “depth-dwelling,” permitting himself an unelevated state. The word suggests that these are the depths from which he can acknowledge his desire and make a plan to fulfill them.

Certainly, the image these passages suggest is not flattering if we see it through our own cultural lenses: it sounds like the behavior of Disney villains and Warner Brothers rivals, of all manner of smooth-talkers and Dickensian criminals. Zeus is a notably tricky deity, and it is not entirely surprising that he would engage in similar behavior, but his preeminent status in the Greek cosmos also implies something as inevitable about this posture as it does about marital bickering and infidelity. To live in the world, even at the top of the mythological one, is to imagine things drifting or hovering above us, not entirely out of reach but demanding a stratagem. 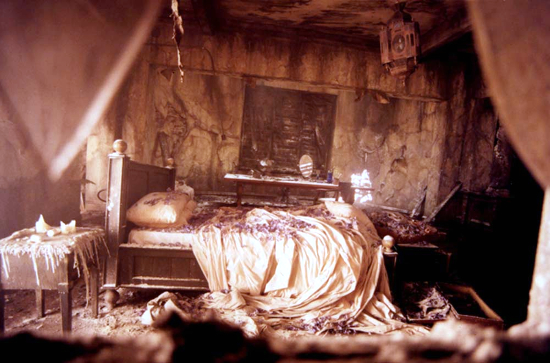 At the same time, we must be sure not to lose sight of the affective side of depth-dwelling, the habitation conveyed by the second part of bussodomeuō. This is the –dom– of the word, akin to the Latin root of words like domestic and domicile. What we have, then, is an etymological version of Milton’s assertion that “The mind is its own place.” So what can we say about this figurative “place”? It is the cellar, the man-cave, the mudroom of mindsets.  It is one where the burden of maintaining face, of “standing tall” is removed, so that the mind can feel and also plan.

At risk of sounding too sententious, I would put it this way: life is variable enough, and perhaps just long enough, that we may need intermittent periods on our backs before we stand and walk. We can even consider this place a dwelling, at least for a time.