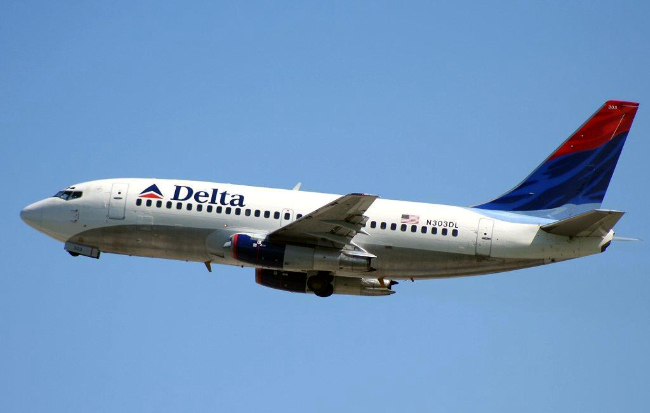 Tweet
It might strike certain readers as silly—or at least indicative of an overfondness for the tipple—to deeply mourn the demise of one’s local bar. Max Fish, legendary refuge for artists, musicians, creative-types, and just plain old weirdos, closed its gates a year ago. I’ve written in this space before lamenting its loss, but I now have the supreme pleasure of anticipating its imminent return. It’s reopening a few blocks away from its original space at 120 Orchard Street, on Saturday, August 2. I’ve felt adrift, making do at other spots, but I can’t wait to have my living room back.
—Lauren Leigh

I’ve been traveling by air a great deal lately; it was on my latest trip, my first on Delta in quite awhile, that I watched what I would come to recognize as the greatest airplane in-flight safety video of our time. Now, I make no bones about being a deeply corny person, a soccer mom disguised as a young woman, so buyer beware: the more cynical or plain mirthless among you will not be nearly as delighted by this artifact. But there are relay racers stowing batons, a gentleman stowing a toupé, a surgeon working on Operation and finding himself defeated by “rough air” (Delta’s absurd euphemism for turbulence), a woman knitting fellow passengers into oblivion. It also doubles as a sort of video version of all those puzzles from Highlights magazine—can you spot the Revolutionary-era man? Where in this frame is the duck? And it’s not for nothing: the insane onslaught of visual gags, puns, Alex Trebek-cameos and historical nonsenses really does render the video more effective—I can now say with confidence that I know how to put on one of those life vests. So, you know, art as utile object, and so forth.

Even though she wasn’t silent, I felt she didn’t talk. We walked across Manhattan from the east to the west as I’ve done a million times, but moving with her I felt the streets were this teeming show. It was like we were a couple of mimes. It was spring and the early nights were a cool blue. We were sailing. I had just broken up with somebody and I had a tremendous feeling about sex. It was like a spin painting. I noticed at the height of excitement a nipple might become a mouth and you’d forget who was doing what to who and now all that feeling was coming into language. Surrealism had been corny but now it was the way to go. Sex was a disordered prayer. And Samantha stood outside my door that night (during Lent) and I knew I should leave it alone. Let her go.

What about Rand, I asked, kindly. It’s over she said. The point of what someone says at such a moment is not whether you believe them or not. In life you already know. A lot of romance is just the swapping of alibis. So if she says “it’s over” what she means is later, when this becomes a mess, you can blame her. I thought it was over, she’ll protest. And you will be out there holding that skinny line like a dead snake. You believed a kid. Is that what you want?

I’ve been taken with Eileen Myles since hearing her give a twenty-minute, semi-improvised monologue on the obsession of her choice—“Spoilage”—at the PEN World Voices Festival. The passage above is drawn from her memoir Inferno (published in 2010 by the excellent O/R Books), which chronicles her coming into her own as a poet in New York. A friend described Myles as the master of a sort of “peripheral description”—when describing something, Myles sounds distracted, but the one detail she selects is always the most vivid and essential. The book is full of tossed-off insights (such as her observation above that Surrealism is the proper register for erotics). It’s also fun to recognize the names of artists she meets along the way—one chapter called “Alice” describes her time in a workshop led by poet Alice Notley, alongside whom Myles is published in our last issue.

Before taking a recent trip up to Vermont I started reading the poetry of Ruth Stone. She lived her last few decades years here, and I used to spend a lot of time in her old apartment, a white frame house on one of the smaller roads in Middlebury. The image of the embittered widow scratching out words as her room falls apart around her has perhaps stuck too much to Stone, giving her the label of a provincialist. Despite the National Book Award and a Pulitzer nomination, one rarely hears of her work outside of New England, and her books were hardly reviewed during her lifetime.

Stone’s poems paint the colors of a rural scenery: two birds flying above a tree, ripe cabbages in the garden, the quiet noises of snow. When Stone describes an interior space, it’s absent of furniture, giving the impression that any unnecessary item has been pawned. The same goes for her language—the lines short, the sounds clear, the words picked over like an old bone in a desert wind. Stone’s husband committed suicide in 1959, and though rarely mentioned in explicit terms, his presence haunts. Grief is often the hinge by which her subject goes from the quotidian to the metaphysical; she’ll be walking through a patch of sword grass before a voice of the “void” interjects, saying “What meaning? Be thou me.” Suddenly the perspective shifts to one on high, the abrupt transition inducing a point-of-view vertigo.

Stone never remarried, and she was as uncompromising in her ideals as she was in love. There’s a resolute, if never directly stated, belief that selling out is the deepest form of impoverishment. Her life was too hard for her poetry to be Romantic, and if she longs for a different time or place it’s always done in full awareness of the pressing reality, “the surface of indifference.” She’s a great read if you plan on spending any part of the summer out of doors, and in that time you want to better comprehend nature’s impression on the tactile and emotional senses.

I would argue that the video essays of Adam Curtis, who inexplicably works for the BBC, are actually better than most works of intellectual history and media theory produced in academia today. And his films basically combine these two strands; it’s sort of like Philip Mirowski meets Errol Morris. (Or, if you want, Siegfried Zielinski meets Chris Marker.) In All Watched Over by Machines of Loving Grace—the trailer is embedded above—Curtis pulls apart the thread of influence that binds cybernetics to ecology to our current global economic system. It’s thrilling, terrifying, and, for some reason, hilarious, to watch it all unravel.