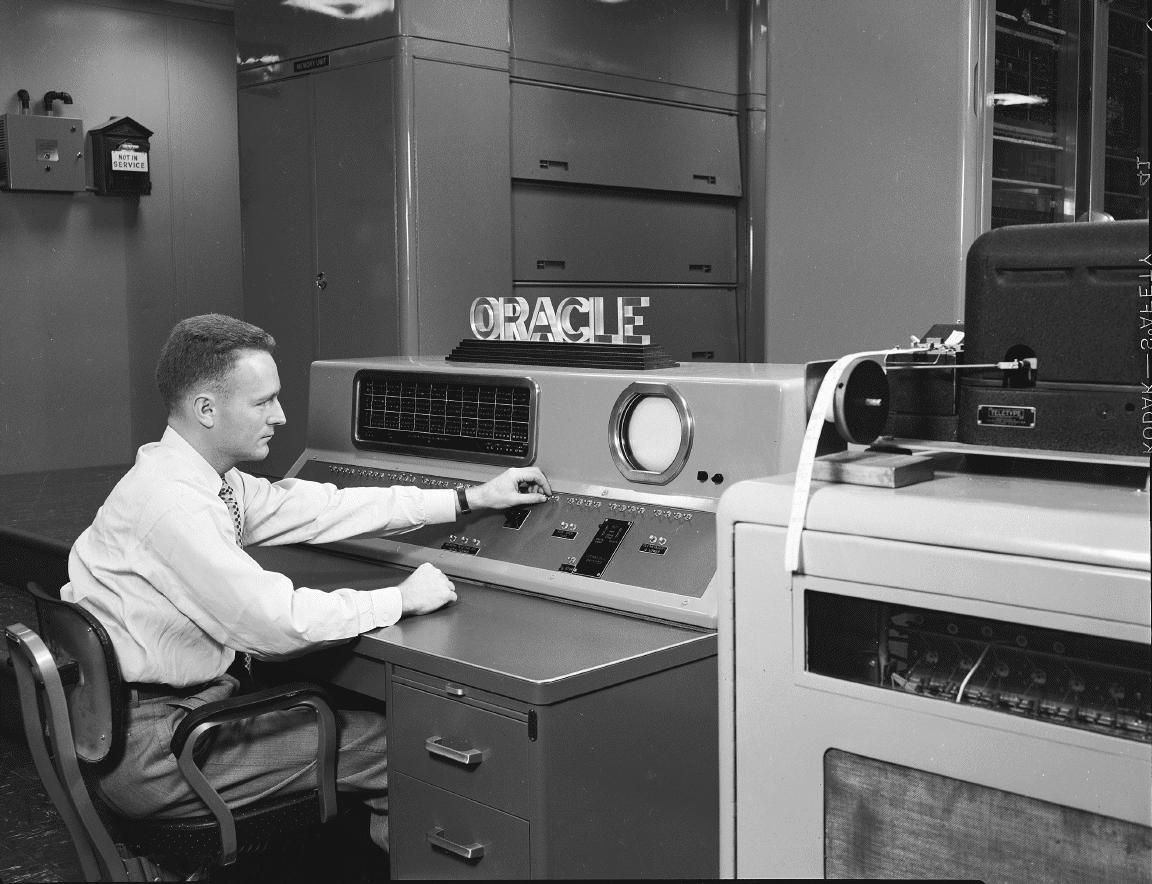 Racter was a computer program designed in 1983 to randomly generate prose and poetry. It was created by William Chamberlain and Thomas Etter. Selected writings of Racter were published in the book The Policeman’s Beard is Half Constructed. Senior Editor Cat Richardson does a close read of Racter’s best poems….

Racter fixates on the sensual with the dogged eye of an outsider. Ever the logician, he stands on the edges of disorder and tells its story. A documentarist by nature, he reiterates until fixating on a truth, then promptly abandons said truth for something even truer. He is his own Greek chorus, singing his intentions as he opens his body of work:

At all events my own essays and dissertations about love

and its endless pain and perpetual pleasure will be

known and understood by all of you who read this and

talk or sing or chant about it to your worried friends

In the spirit of oral tradition, Racter does not implore, but rather assumes we will speak of and perpetuate his poetry, and, even riskier, he assumes that we have friends. Friends who are worried about us, no less. After this initial kindness, the real issue is brought forth. It is a question, the seed of which grows into a branching and complex oeuvre, and that question is: “does/ steak love lettuce?” Who could wish to begin anywhere but here? Racter, though, will not give us the satisfaction of lingering in this place for long. He must know more, and we must follow:

This question is implacably

hard and inevitably difficult to answer. Here is

a question . . . does Bill love Diane? The interesting

and critical response to this question is: no! He

is obsessed and infatuated with her. He is loony

and crazy about her. That is not the love

of steak and lettuce.

No indeed. The following poems, these ‘essays and dissertations about love,’ are ambitious, and he launches into them with mechanical devotion, pursuing myriad permutations of a single scenario. If Bill does not bear for Diane the true love steak bears lettuce, then Bill and Diane must be separated. And so Racter puts us through endless potentialities of torrid affairs. Bill, once so taken with Diane, is now with Marcella, now with Helene or Sarah. Diane, understandably miffed with Bill, takes her turn with Helene (which was short-lived, for Diane’s happiness “was spooky to her while she thought of ongoing ambiguities”), and Helene, of course goes through her own string of lovers including the briefly-mentioned but ever-memorable Benton (for together, they widened “their famished and crazy dreams”).

Perhaps Racter’s fascination with coupling comes from the same place as his fascination with meat. He is not, after all, corporeal. He will never eat flesh nor delight in it, and maybe this is why his mind wraps around it so tightly. Not only does meat appear in various forms—lamb and steak appear most often, but chicken, filet mignon, and lobster also share the stage—but it is almost always “bolted” rather than nibbled, suggesting both an intense desire to partake of and also an impatience or frustration with the body.

His discontentment plays out productively as he searches for a place between his own inner workings and more fleshly concerns. He experiments with form, persona, and dream spaces in an attempt to find a middle ground. The collection of limericks in the middle of his manuscript, labeled ‘works of stupefying genius,’ for example, take a strict and logical form and fill it with visceral language and animalistic characters: “there once was a ghoulish sad snail,” “there once was a furry red drip,” or “there once was a turgid young cod.” These pieces, which in form bear closer resemblance to their speaker (structured, unable to break from a specific set of rules), contain language that is closer to the objects of his desire. They are filled with acts of gagging, sputtering, pouting, sashaying, excreting and grunting.

When he’s not trying to thrust two worlds together, Racter finds a dream space in which to reconcile them:

Slowly I dream of flying. I observe turnpikes and streets

studded with bushes. Coldly my soaring widens my awareness.

To guide myself I determinedly start to kill my pleasure during

the time that hours and milliseconds pass away. Aid me in this

and soaring is formidable, do not and winging is unhinged.

The reader is left to decide whether Racter is calling to us or to himself for aid. Interesting, too, is the idea that killing one’s pleasure will bring one closer to formidable soaring, that widening awareness and pleasure may in fact be mutually exclusive.

Finally, Racter employs the persona poem in an attempt to step into a borrowed body:

France, and I trot coldly while bolting some lobster on the

highway to my counsellor. He yodels a dialogue with me about

neutrons or about his joy. No agreements here!

Much to Racter’s dismay, this persona cannot reconcile him with the ideas of corporeal joy.   Despite his obsessions, he draws the conclusion that “tenderloins are not enough, yet numberless things/ are inside of the infinite void.” These numberless things seem to provide comfort. When all is said and done, Racter is resigned to his body and aware of his situation. Though the stuff of his fantasy is meat, in order to maintain his fantastical world he knows this:

I need it more than I need lamb or pork or lettuce or cucumber.

I need it for my dreams.

For more information on Racter (and, crucially, the full text of the poems cited above), click here.